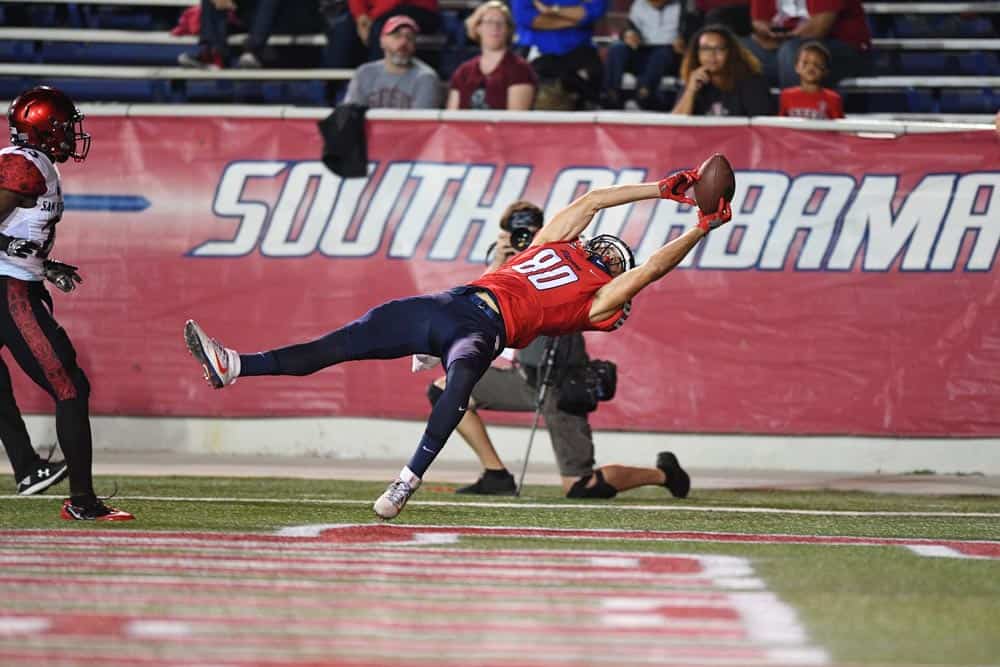 The UAB Blazers and the South Alabama Jaguars have scheduled a home-and-home football series for 2019 and 2020, both schools announced on Friday.

In the first game of the series, UAB will host South Alabama at Legion Field in Birmingham on Sept. 21, 2019. The Blazers will then travel to face the Jaguars at Ladd-Peebles Stadium in Mobile on Sept. 26, 2020.

The 2019 contest will be the first meeting between the two programs, which are separated by about a four hour drive.

UAB and South Alabama were previously scheduled to play a home-and-home series during the 2015 and 2016 seasons. However, that series was canceled after the UAB administration disbanded their football program.

“It’s always great when you can play for in-state bragging rights,” UAB head coach Bill Clark said. “Both fan bases will be able to travel for these games and that will create an exciting atmosphere. South Alabama has proven it can compete with Top 25 teams and it will be a very competitive series when we take the field in 2019.”

With the addition of UAB, South Alabama now has three announced non-conference opponents in 2019 and 2020. In 2019, the Jags are also scheduled to visit Nebraska on Aug. 31 and host Memphis on Sept. 14.

In 2020, South Alabama is scheduled to travel to Southern Miss on Sept. 5 and Oklahoma State on Sept. 19.