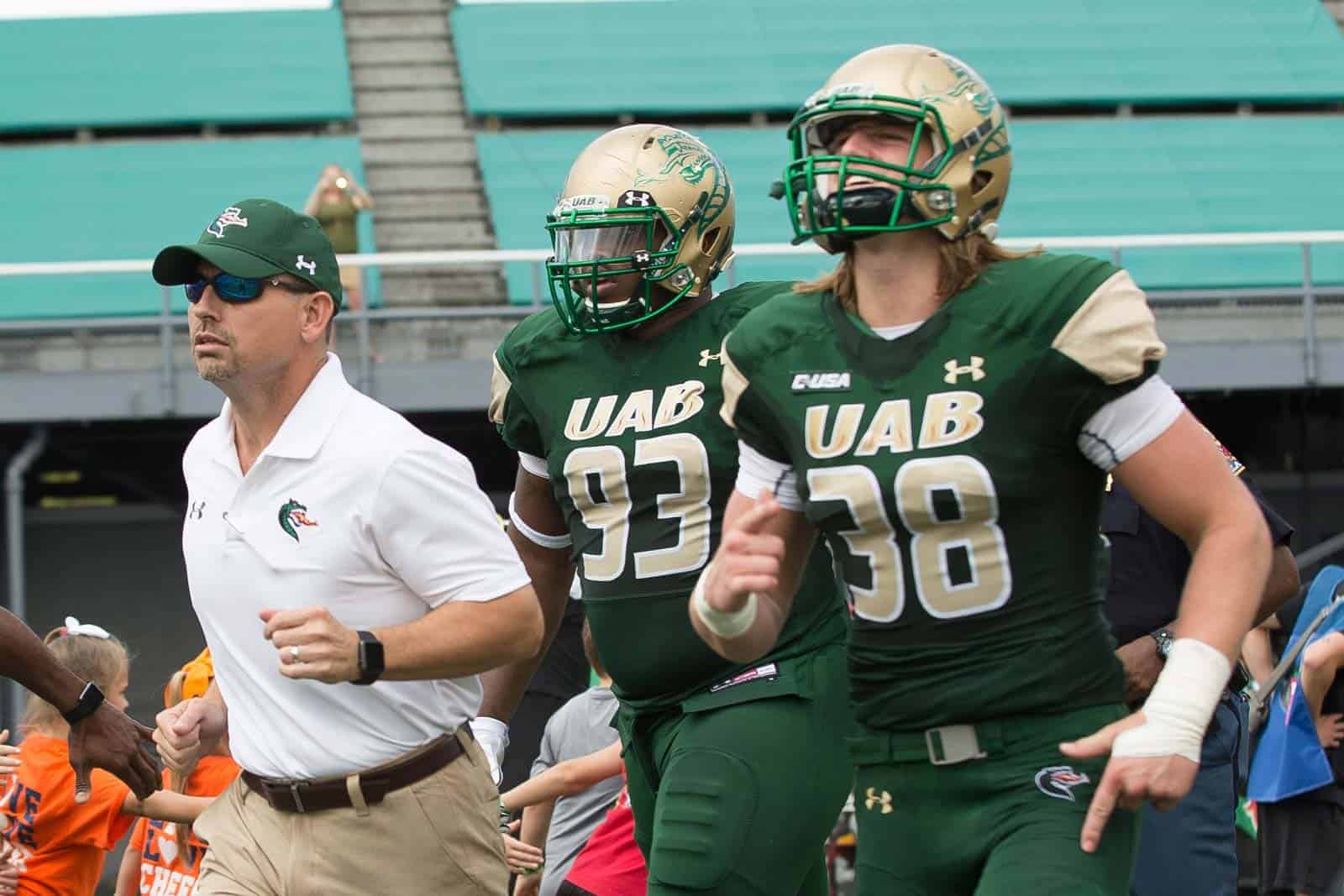 The UAB Blazers will open the 2018 season against the Savannah State Tigers, FBSchedules.com has confirmed.

UAB will host Savannah State at Legion Field in Birmingham, Alabama on Sept. 1, 2018. The Blazers will pay the Tigers a $275,000 guarantee for the game, according to a copy of the contract obtained from both the University of Alabama at Birmingham and Savannah State University.

The contract also stipulates that UAB will pay Savannah State “an amount equal to forty percent (40%) of the proceeds from ticket sales for the Game sold by the VISITING TEAM’S athletics ticket office.”

Savannah State is currently a member of the Mid-Eastern Athletic Conference (MEAC) in the Football Championship Subdivision (FCS). However, SSU announced last year that they are dropping their athletics programs down to Division II, likely beginning with the 2019 season.

The UAB-Savannah State contract also includes a second game scheduled for Sept. 4, 2021 in Birmingham. That game will not be played since Savannah State will no longer be in the FCS.

Was hoping UAB would get one more P5 team to play to make money off of.

You know some SEC team is going to be upset that someone stole one of their cupcakes.

Stop scheduling Cal Poly and UC Davis so we can!

Considering that teams like Nebraska & The Ohio State have added them to their schedule in the past, you bring so much to the conversation.

Oh snap!! I see someone is a bit feisty today!! *LOL*
If it makes you feel better we’re scheduled a little deep fried Southern cupcake in 2021.
I wonder what Dawg tastes like…..