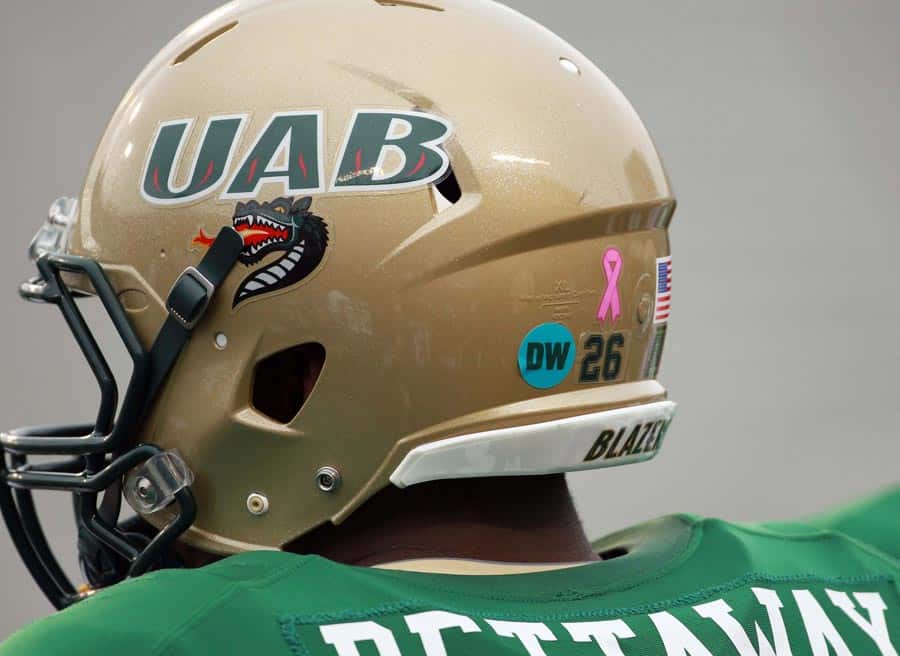 The UAB Blazers have announced their 2017 non-conference football schedule, which includes a game at the Florida Gators.

UAB will return to action in 2017, two seasons after their football program was shut down by the school’s administration. The Blazers’ last game was a 45-24 win at Southern Miss on Nov. 29, 2014.

UAB will open the 2017 season at home on Sept. 2 against the Alabama A&M Bulldogs of the FCS. The first and only meeting between the two schools was on Sept. 13, 2014 at Legion Field. The Blazers won that game 41-14.

On September 9, the UAB Blazers will hit the road to take on the Ball State Cardinals. The game will be the first ever meeting between the two schools.

UAB returns home on September 16 to host the Coastal Carolina Chanticleers, also a first-ever matchup. CCU will be playing the 2017 season as a new member of the Sun Belt Conference.

The Blazers and Chanticleers will also meet the following season in the second game of a home-and-home series. CCU will host UAB at Brooks Stadium in Conway, South Carolina on Sept. 15, 2018.

Director of Athletics Mark Ingram and head coach Bill Clark also announced today that UAB will play a full FBS schedule in 2017 and that they will be eligible to play in a post-season bowl game.

“We are unbelievably excited about UAB Football’s return to the field in 2017 and look forward to great competition with this slate of non-conference games,” Clark said. “This type of schedule, in addition to eight highly competitive Conference USA contests, will provide Blazer fans with great entertainment. We look forward to playing in front of record crowds as UAB Football represents Birmingham and the Blazer Nation!”

“The UAB Football program continues to make great progress towards its return to the field in 2017, and the announcement of our highly competitive non-conference schedule is another milestone in this process,” Ingram said. “We look forward to exciting and entertaining games against top notch programs and appreciate the cooperation from the administrations and coaches at Alabama A&M, Coastal Carolina, Ball State and Florida in working with us to create a mutually beneficial scheduling agreement.”

Very good to hear for the school, staff, students, and athletes – but I hope they give the team time to learn to walk again.

They’ll be running in no time.