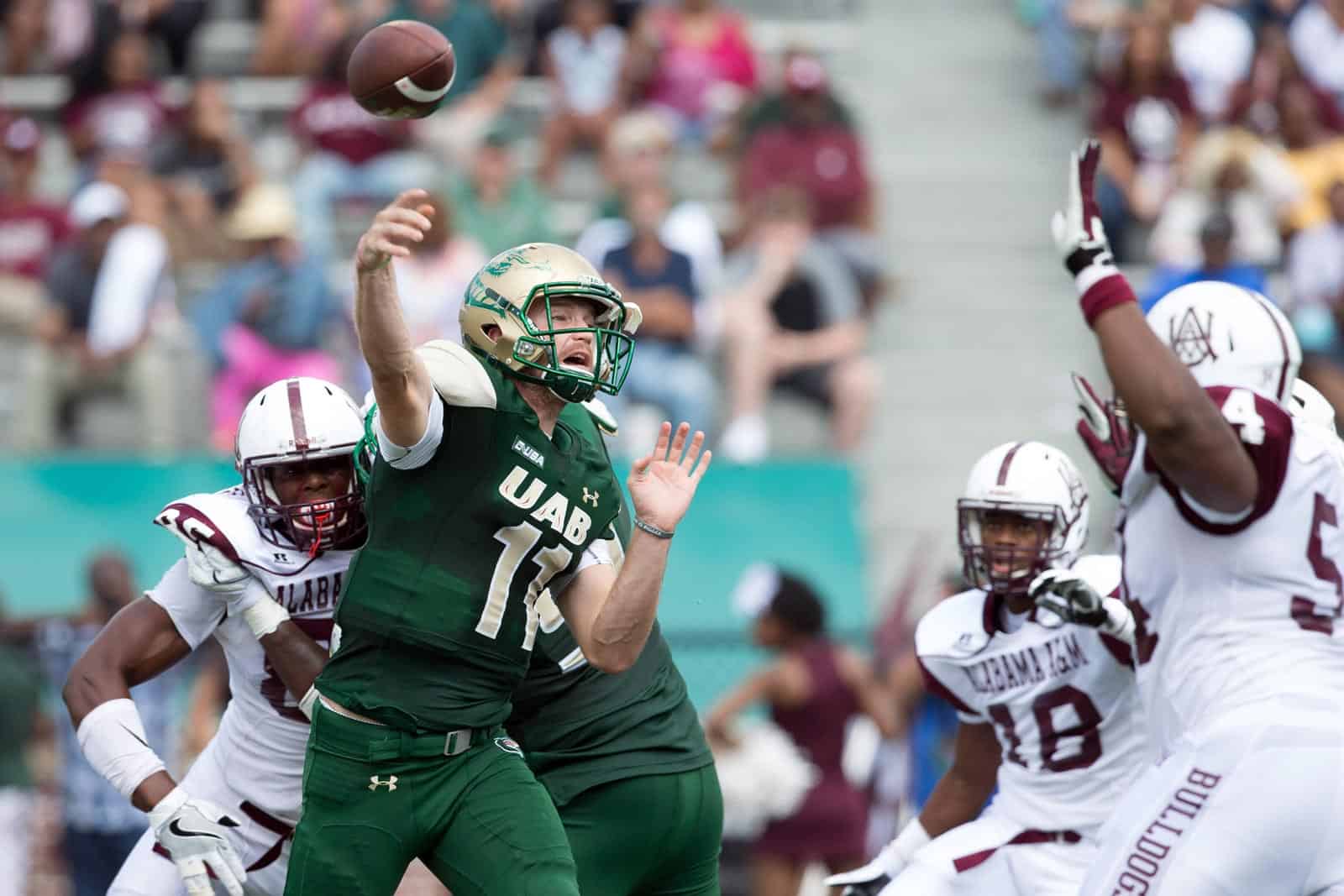 The UAB Blazers have added the Alabama A&M Bulldogs to their 2020 football schedule, according to a release by A&M on Tuesday.

UAB will host Alabama A&M at Legion Field in Birmingham, Ala., on September 12, 2020. The game will mark the third overall meeting between the two schools on the gridiron.

Alabama A&M is a member of the Southwestern Athletic Conference (SWAC) in the Football Championship Subdivision (FCS). The Bulldogs finished the 2019 season 7-5 overall and 4-3 in SWAC play, which was tied for second best in the East Division with Alabama State.

The addition of Alabama A&M tentatively completes UAB’s non-conference football schedule for the 2020 season. The Blazers are scheduled to open the 2020 season at home against the New Mexico State Aggies on Thursday, Sept. 3.

UAB also has road non-conference contests scheduled at the Miami Hurricanes on Sept. 19 and at the South Alabama Jaguars on Sept. 26.

Alabama A&M has also completed their 2020 non-conference schedule. The Bulldogs will also host the Stephen F. Austin Lumberjacks on Sept. 5 and travel to play the Mississippi State Bulldogs on Nov. 21.