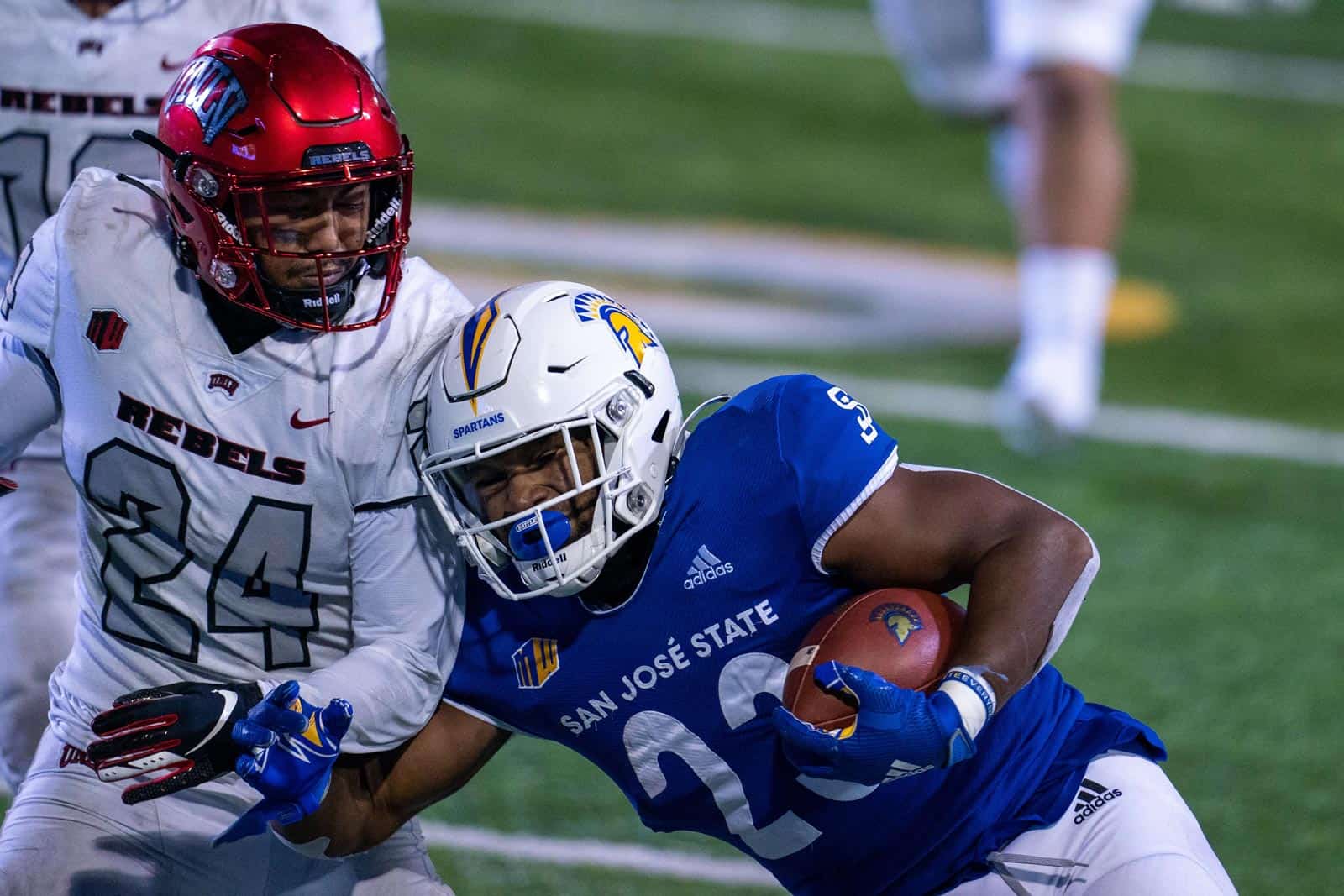 Two Mountain West football games in 2021 have been moved to weeknights, the conference announced on Monday.

The San Jose State Spartans at UNLV Rebels football game, previously scheduled for Saturday, Oct. 23, has been moved up two days to Thursday, Oct. 21. The game will be televised live by CBS Sports Network at 11:00pm ET/8:00pm ET from Allegiant Stadium in Las Vegas, Nevada.

A second contest involving a UNLV home game has also been moved. The Rebels were previously slated to host the San Diego State Aztecs on Saturday, Nov. 20, but will now host them at Allegiant Stadium in Friday, Nov. 19. CBS Sports Network will televise the game at 11:30pm ET/8:30pm PT.

Both games were previously scheduled for late night broadcasts on CBS Sports Network, so the moved wasn’t made simply for television. The NFL’s Las Vegas Raiders do have home games on both weekends, Sunday, Oct. 24 and Sunday, Nov. 21, so they could have requested the move to have additional time for stadium turnover.

Wow those are late start times, but I guess since the stadium is indoors it doesn’t really matter. Plus they are weeknights, so the late start allows fans going to the game to get there on time.

This is one reason as to why I wanted UNLV to keep Sam Boyd Stadium!!!!