Two Alliance of American Football games to be broadcast via CBS 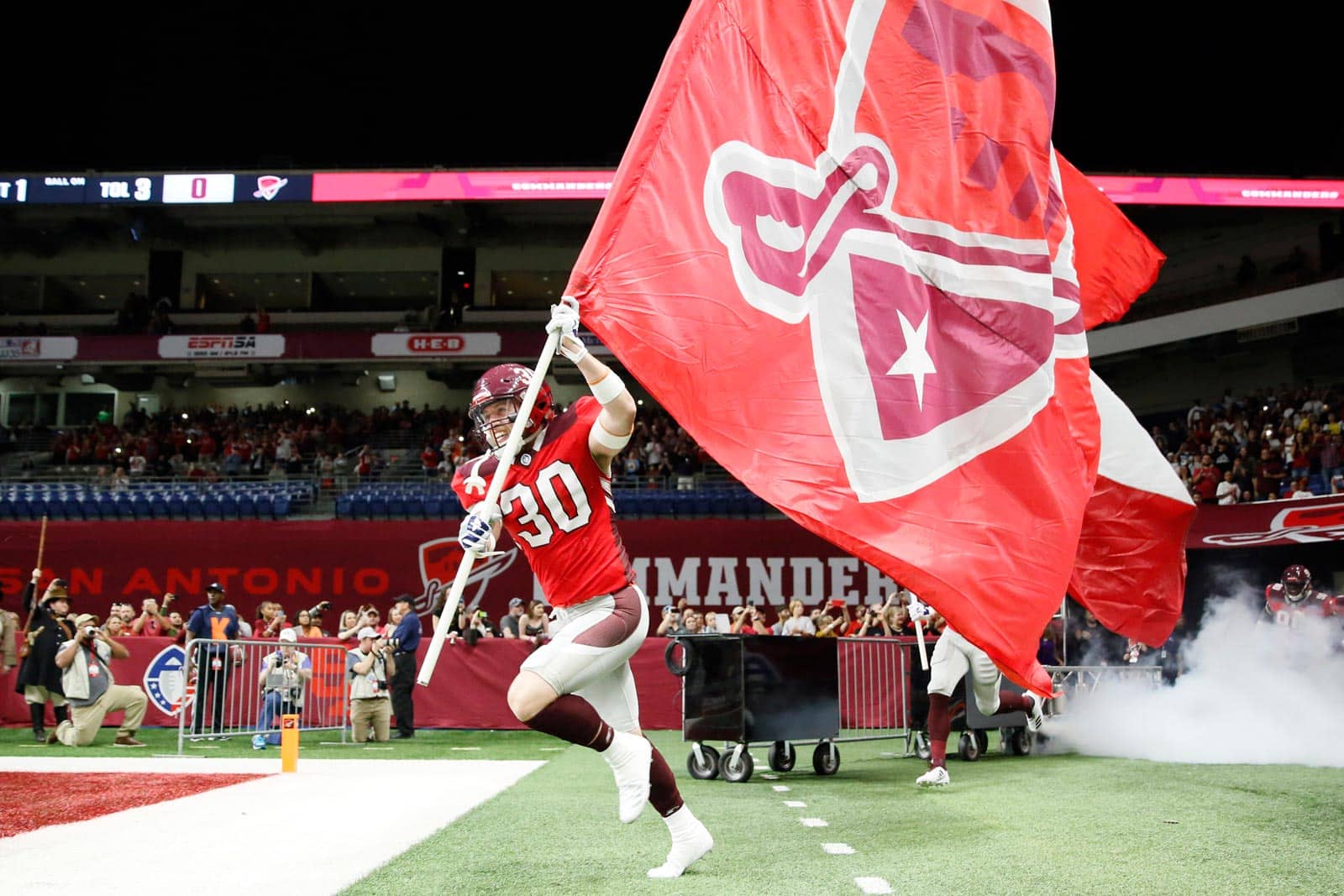 Two upcoming Alliance of American Football games will be broadcast on CBS, the AAF and CBS Sports announced on Thursday.

CBS will broadcast one of the two Conference Championship games on Sunday, April 21 at 12:00pm ET. At the halfway point of the season, Orlando (5-0) and Birmingham (3-2) lead the Eastern Conference, while San Antonio and San Diego are tied atop the Western Conference at 3-2.

CBS was already scheduled to televise the inaugural Alliance Championship Game on Saturday, April 27 at 8:00pm ET. The game will be played at Ford Center at the Star in Frisco, Texas.

“Our focus for season one has been continued growth on and off the field. The addition of two games to CBS is a result of strong fan engagement across all platforms that continues to increase week-on-week, and the quality of football being played during a time when the most popular sport in the U.S. has traditionally been on hiatus,” said Charlie Ebersol, co-founder and CEO, The Alliance. “We look forward to reaching even more fans when the stakes are at its highest, as teams fight for a chance to be a part of history in the first-ever Alliance of American Football Championship.”

Week 6 of the Alliance of American Football begins on Saturday, March 16 with Memphis at Salt Lake at 4:00pm ET on Bleacher Report Live. Arizona at Orlando follows at 8:00pm ET on the NFL Network.

Sunday’s action starts with San Antonio at Atlanta at 4:00pm ET on CBS Sports Network. Week 6 concludes with Birmingham at San Diego at 8:00pm ET on the NFL Network.

This is actually great news, I do think if this league survives that CBS will need to air more games next year.

Really enjoy this league so far. Went to Iron/Apollos games last week and other than the final score had a great time. If they can make it two more years it will be so much better in the new Birmingham Stadium. Legion Field was bad 30 years ago!

I was going to that game but they said the weather was going to be awful & did not know whether the game would have delays or not, I even heard from another news channel that they were going to move it to Sunday but never did. I know they moved the B’ham Legion game from Saturday to Sunday & I did not want to chance driving 8 hrs from Tampa not knowing what was going to happen. Poor Iron got their asses kicked, the old ball coach still has it I see.
I heard they are delaying start of the new stadium till spring or early summer now, hopefully they can get it done by 2021 for the Olympic games plus it will be nice for UAB to have their own stadium.

That is great news for the AAF! I have been watching, live football is way better than no football. I am happy someone seems to have figured out how to offer a 2nd pro football league.

PS I wonder what sporting events it replaced on the CBS on the schedule? Golf the week after the Masters?