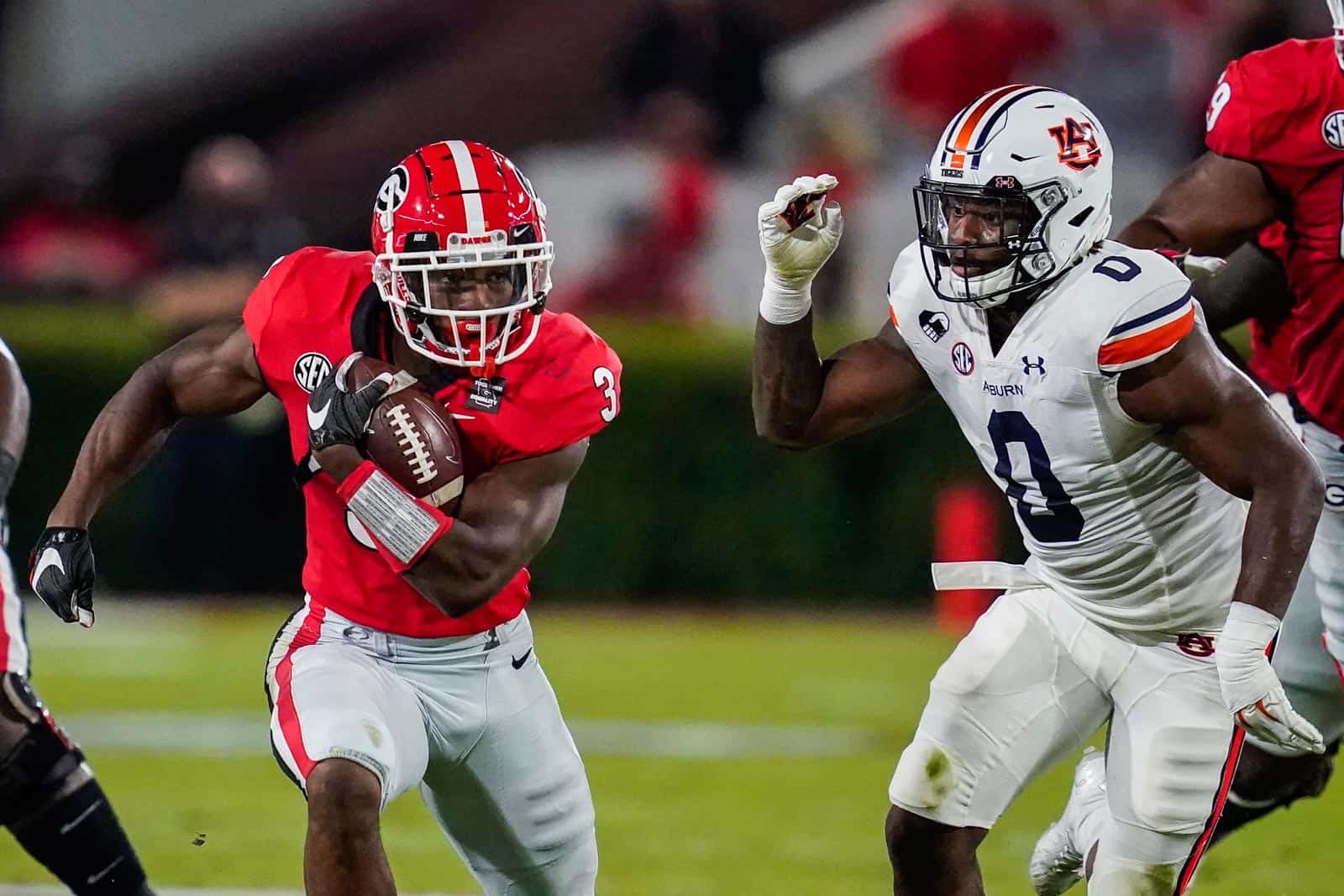 College football TV schedule selections for Saturday, Oct. 9 will officially be announced on Monday, but online TV listings appear to have revealed the SEC on CBS doubleheader for that weekend in advance.

As first pointed out by Matt Sarzyniak on Twitter, the TV listings on Zap2It, as well as other online guides such as Spectrum, list the 3:30pm ET SEC game on Saturday, Oct. 9 as the Georgia Bulldogs at Auburn Tigers.

Following that game in the online guides at 8:00pm ET is the Alabama Crimson Tide at the Texas A&M Aggies. That contest lost a little of its luster following the Aggies’ 20-10 defeat at the hands of the Arkansas Razorbacks on Saturday at AT&T Stadium in Arlington, Texas.

The kickoff times and TV for both the Georgia-Auburn game and the Alabama-Texas A&M game should be considered tentative and will be officially announced by the SEC tomorrow. Below is a look at the full SEC football schedule for Week 6 (Saturday, Oct. 9):

Stay tuned as we will have all of the TV schedule updates for October 9 as they are announced tomorrow.

Those two games will be blowouts in favor of Bama and UGA.

Ole Miss and Arkansas will be a war, and CBS will be kicking itself if they both win this week.