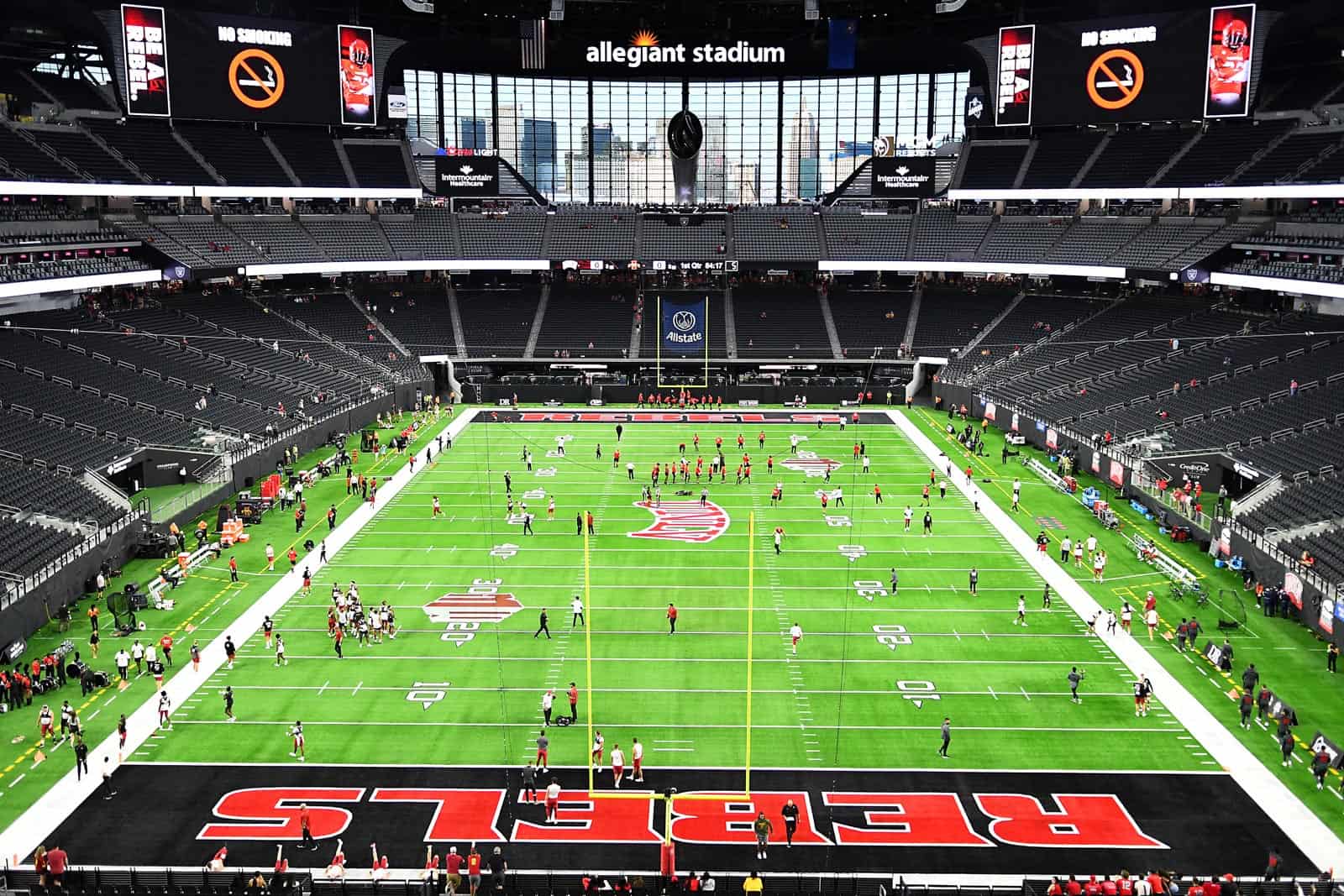 Television coverage has been finalized for two UNLV Rebels home football games in 2022, the school announced on Tuesday.

UNLV’s home football game on Saturday, Sept. 17 at Allegiant Stadium in Las Vegas, Nevada, against the North Texas Mean Green will be televised by the new Silver State Sports & Entertainment Network (SSSEN). Kickoff for the game is set for 3:00pm ET / 12:00pm PT.

Additionally, UNLV’s home game and regular-season finale against the in-state rival Nevada Wolf Pack on Saturday, Nov. 26 will also be televised by SSSEN. The annual battle for the Fremont Cannon will kickoff at 6:00pm ET / 3:00pm PT.

Below is more info on the newly launched Silver State Sports & Entertainment Network:

More than 100 Rebel contests across multiple sports programs over the course of the 2022-23 athletics seasons are being scheduled to be televised on the network, which is available over the air in Las Vegas on broadcast channel 5.2 as well as Cox channel 125 on cable. The selected telecasts that will be carried on SSSEN will be Mountain West Network broadcasts, originating from UNLV and available online nationwide free of charge.

UNLV opened the 2022 season in Week Zero with a 52-21 win at home over the Idaho State Bengals. The Rebels have an open date this weekend and will return to the gridiron on Saturday, Sept. 10 when they travel to take on the California Golden Bears. The game will be televised by the Pac-12 Network Bay Area.