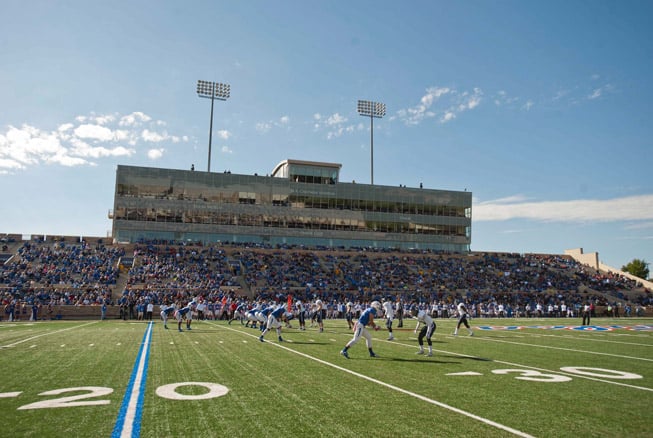 The Tulsa Golden Hurricane and the UL Lafayette Ragin’ Cajuns have scheduled a home-and-home football series for 2017 and 2019, TU’s Vice President and Director of Athletics Derrick Gragg has announced.

Tulsa and UL Lafayette have met nine times in a series that dates back to 1977. The Golden Hurricane trail 5-4 overall, but have taken the last two matchups.

Tulsa has now tentatively completed their 2017 non-conference schedule with the addition of the Ragin’ Cajuns. TU is scheduled to open at Oklahoma State on Sept. 2, travel to Toledo on Sept. 16, and host New Mexico on Sept. 23.

In 2019, Tulsa is slated to travel to San Jose State. That game is the second in a home-and-home series that begins in Tulsa in 2016.

The Golden Hurricane is the first scheduled non-conference opponent for UL Lafayette for both the 2017 and 2019 seasons.