Tulsa-Tulane game moved up to 11:00am ET 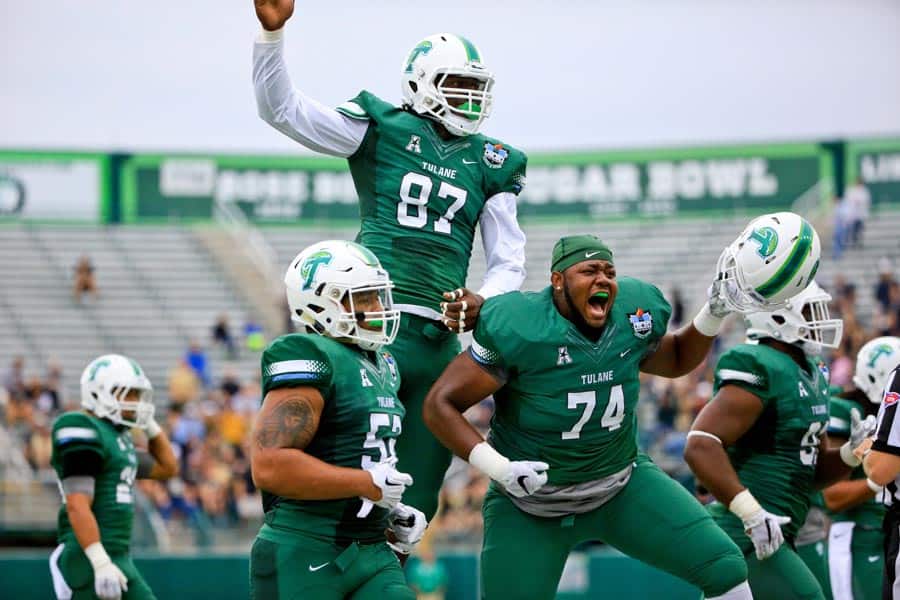 The Tulsa Golden Hurricane at Tulane Green Wave football game on Saturday, Oct. 7 has been moved up to 11:00am ET/10:00am CT, both schools have announced.

The move was made due to Tropical Storm Nate, which is currently in the Gulf of Mexico and heading towards Louisiana. Nate is expected to be upgraded to a Hurricane on Saturday morning.

The Tulsa-Tulane kickoff was previously slated for 4:00pm ET/3:00pm CT on ESPNU. A new broadcast network for the game will be announced later this week.

“Given the current track of Tropical Storm Nate, we have made several changes to our weekend schedule of athletics events,” said Troy Dannen, Ben Weiner Director of Athletics Chair at Tulane. “These changes have been made to help ensure the safety of our student-athletes, fans, staff and opposing schools scheduled to travel to and from New Orleans. Additionally, we want to ensure all first responders are available if needed elsewhere and not otherwise committed to our athletics events.”

Why not Friday night?

Travel for Tulsa would be thrown into chaos.