Tulsa to play at Washington in 2023 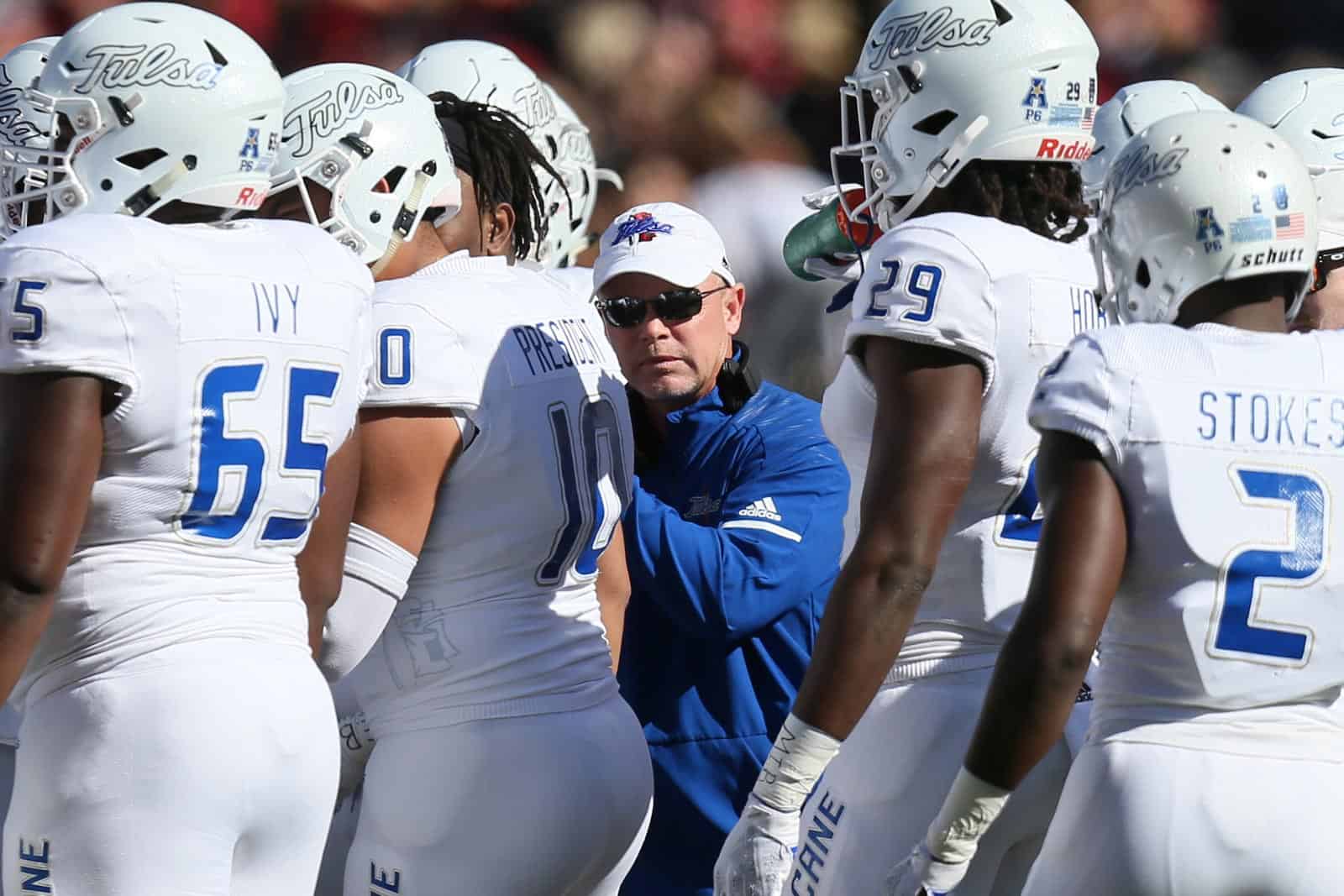 The Tulsa Golden Hurricane will play at the Washington Huskies in 2023, the school announced on Wednesday.

Tulsa will travel to play Washington at Husky Stadium in Seattle on Sept. 9, 2023. The contest will be the first-ever meeting between the two schools on the gridiron.

Washington is the second non-conference game announced for Tulsa for the 2023 season. The Golden Hurricane are also scheduled to play at Northern Illinois on Sept. 23.

Tulsa is the first announced non-conference opponent for Washington for the 2023 season.

Pac-12 opponents for Washington in 2023 include Arizona State, California, Oregon, Utah, and Washington State at home and Arizona, Oregon State, Stanford, and USC on the road.

Tulsa finished the 2018 season 3-9 overall and 2-6 in American Athletic Conference play. The Golden Hurricane are scheduled to open the 2019 season on Friday, Aug. 30 at Michigan State.

Washington State won the 2018 Pac-12 Championship and then fell to Ohio State in the Rose Bowl Game, finishing 10-4 overall and 7-2 in the Pac-12. The Huskies open their 2019 campaign at home on Saturday, Aug. 31 against Eastern Washington.

in last paragraph you say Washington State won pac-12 and lost to ohio state. it was Washington not Washington state of course.