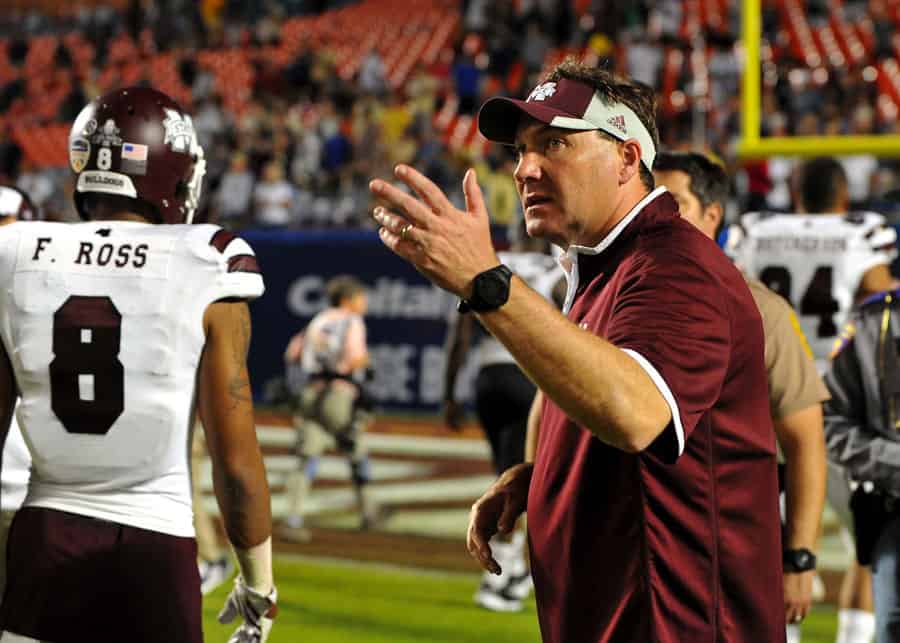 Tulane will no longer take its scheduled trip to Starkville in 2016, numerous outlets report.

The game was slated to bring to an end a seven-game pact between the schools. The scheduled date for the contest was September 24.

InsideMSUSports.com reports that Tulane will owe $350,000 for the cancellation.

Tulane associate athletic director Brandon Macneill had some interesting thoughts on the cancellation, as referenced in a report by the Clarion-Ledger:

“In this case, again, it’s a contract that dated back to ’98, the game has been pushed and pushed and pushed multiple times for different reasons and it just didn’t make sense to keep pushing this thing out forever. It made more sense. If we push it out then you’re trying to schedule other teams five years out and it’s just a challenge. It’s just easier and cleaner to just say, okay, instead of keep doing this, we’ll just agree to cancel it. To do that, we had to formally inform them of that.”

“There is a lot of positioning out into future years that come into play so it’s not really just to fill that spot,” Macneill said. “It’s a domino effect of a bunch of different things moving out. Hopefully now that this has happened, those dominos will start falling very fast and then I can speak about (the future opponent). I just can’t speak (about) other schools (until details are finalized), (so) they don’t get blindsided by it.”

The most recent game between the two was a 31-point Bulldog victory in New Orleans in 2007.

More on the two schools’ future plans will be posted as it becomes available.

The contract is old from 1998 and the market has changed dramatically even from the last meeting in 2007. Mid majors can get 1.5 mil pay days for these games now. This old contract was for much less. Even paying the 350K fee tulane can probably get a game even on relative short notice that comes out better than the financial terms of that old contract.

Yes. Tulane can pay MS ST $350K in order to get $1 million or more from Florida or Alabama. Or, as the comment below suggests, they can play at UMass in ’16 in exchange for getting UMass to play in NOLA twice.

Tulane very likely will be coming to UMass in 2016, but they aren’t really in a position to get a 2-for-1 from anyone in FBS, even UMass. That game in 2016 will probably be part of a series. UMass needs the home games badly for 2016, but I don’t think they need them so badly that they’ll have to play 2 road games in NOLA for one at home.

TX Tech needs OOC match, maybe a home and home 2016 and 2017. This year we finish the home and home with a ST rival in SEC foe ARK. Kinda tough for Tech already playing AZ ST on the road.

Tulane is about to agree to come play Umass in Gillette stadium in 2016. Even though I am a Minutmen fan this leaves me scratching my head.

If Tulane plays @ Umass they better be demanding two home games in return.

Todd, could you go a little more in depth as to why you believe that?

M.A.T. Tulane is in a vastly superior conference, has had success in scheduling P5 home games because they are in a location where P5 schools are willing to play (New Orleans for their fans Louisiana for their recruiting), and because a game against UMass doesn’t do much more to help the quality of their schedule than an FCS opponent does, yet UMass is a more dangerous team than FCS.

The only thing UMass really has to offer Tulane is that they like playing some games in the northeast because of their alumni base (see Army, Rutgers, and Syracuse in recent years). But that wouldn’t make a 1-2 make sense. And why do a 1-1 when they could get that with Army or Syracuse……..or with a MWC team….

schoup I can certainly see that, but they can do both in 2016, take a one-off pay game and travel to UMass as part of a home-and-home. I don’t think they’d have too much of a problem getting that pay game for $1m+ which would cover their payment to Miss St easily. They’d have 3 OOC road games in that case but that’s not unheard of.

MAT a big part of why Tulane got out of MS State in ’16 is because they want/need a marquee home game that year. No way they consider 3 road games that year.

MAT—they aren’t going to consider 3 road games in ’16. A primary reason they got out of the Ms State game was to get a more marquee home opponent (on top of the non marquee home game already inked with ULL) for ’16. They’d be more likely to also add FCS and do 3 home games than they would 3 away games.

Interesting points, I can see how that would make sense for Tulane. As a counterpoint, if the ‘marquee’ home game is a necessity for 2016, they could do a P5 2-for-1 with the first game at home in 2016 and travel to UMass as part of a home-and-home, which solves both issues.

The 3 road game idea was a stretch, and I can of course see why it would make more sense for anyone to play 3 home OOC games over 3 road games. They could easily get an FCS school for that if they so choose.

TBH I’m only interested in this particular cancellation because the UMass AD confirmed Tulane as a potential opponent when he confirmed that we would be hosting LA Tech in 2016. The back half of the LA Tech series hasn’t been set but the word is that it will be a home-and-home, so naturally UMass fans assume a similar situation. The UMass schedule has space for two road games in 2017 which is where the return games could be played, in addition to future years.

Rumors are that AAC is going to invite Umass for all sports except football and then Umass plays 4-6 AAC teams per year. Only a matter of time, before Umass gets full invite and ends up being top tier AAC team. Umass has a tradition very few know about.. 23 conference titles since 1960 and that means something no matter what conference the team is from.

I woudln’t call that “rumors”…that’s taken from Mark Blaudschun’s blog post about UMass and the AAC, which is his opinion.

It’s possible, though the AAC could also just cut out the waiting period and invite UMass for all sports from the get go.

For the next three years though, UMass is going to be an indy.

Could be they wanted to avoid a beating…

Considering they’ve beaten Ms State twice in the last 12 years and lead in the all time series, I doubt it. It’s actually one of the things that makes this so puzzling. A winnable game against an SEC opponent is rare for Tulane. Why pass it up?

Well they just got a 3-game set with Oklahoma, but the first game isn’t until 2017. The home game is 2021. Perhaps there still is a chance for a home-and-home with UMass. I believe you Tulane supporters when you say they’ll keep looking for a marquee home game in 2016 as well.

Also, the exec assoc AD confirmed Tulane and UMass were in talks to have a football series as well…https://twitter.com/ScottDKushner/status/601488141938229250