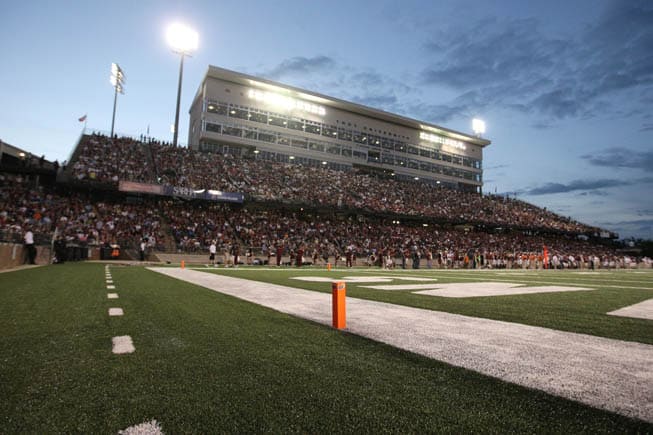 The Troy Trojans and the UAB Blazers have extended their home-and-home football series through the 2016 season, both schools announced today.

Troy will host UAB at Veterans Memorial Stadium on Sept. 26, 2015. The Blazers will then host the Trojans at Legion Field in Birmingham on Sept. 17, 2016.

“It has been a good rivalry with some close games and it is good for the fans of both schools,” Troy Athletic Director John Hartwell said. “In addition to an easy road trip for our fans, the game falls in line with our scheduling philosophy. Every year we want to have four home conference games, one FCS guarantee game and that sixth home opponent to be an attractive game from a fan perspective.

“We looked at some other options, but as (UAB Athletic Director) Brian (Mackin) and I talked about, it just makes sense and we are glad that we can continue it. Certainly we want to try and bring the best competition into Troy so that we drive attendance, drive interest and increase season ticket sales.”

The two schools, which also meet at UAB to open the 2014 season, have met home-and-home each season since 2009. Troy leads the overall series 7-4.

UAB needs to join the Sun Belt Conference don’t understand the benefit of why they left. CUSA is not helping UAB….. it’s hurting them.

It seems a lot of the Sun Belt teams are joining Conf. USA, so it really doesn’t matter.

Clint yes they have… those programs that really just now start making a name for themselves. And also just because other programs left CUSA, they was invited to fill the void. Look at FIU can’t even get 16,000 on campus for a game especially on national TV. It’s like a high school game. However the Sun Belt is better on the field than CUSA.