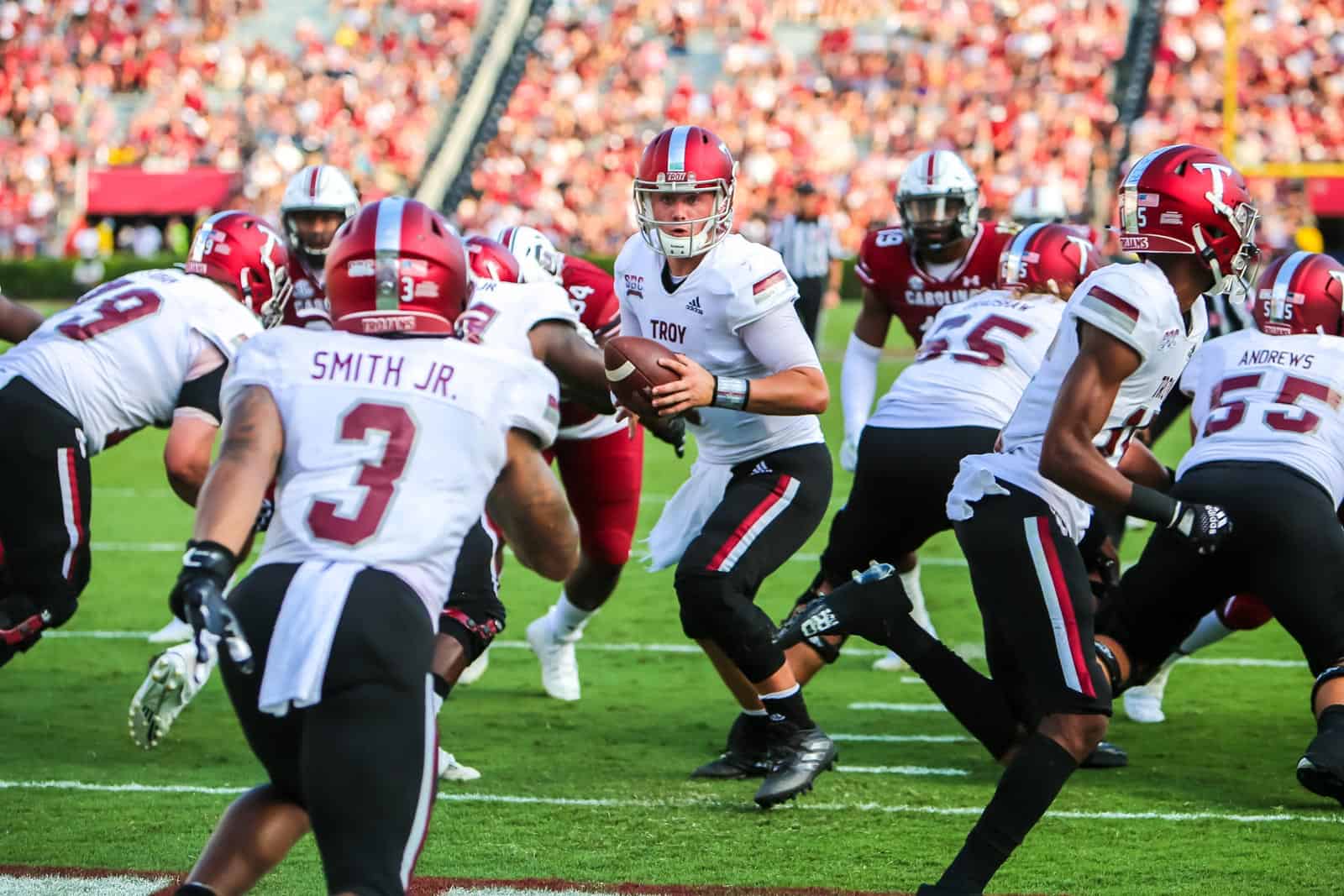 The Troy Trojans and the Sam Houston Bearkats have scheduled a home-and-home football series for the 2026 and 2029 seasons, both schools announced on Wednesday.

Troy and Sam Houston first met on the gridiron in 1968 and were both members of the Southland Conference when they squared off five times between 1996 and 2000. The Trojans currently lead the overall series 7-0-1.

With the addition of Sam Houston, Troy has tentatively completed their non-conference schedule for the 2026 season. The Trojans are scheduled to open the season at home against BYU on Sept. 5 and will later travel to take on Mississippi State on Sept. 19 and Missouri on Nov. 21.

Troy also has a home game against the UAB Blazers scheduled for Sept. 8 of the 2029 season.

Troy is the first announced non-conference opponent for Sam Houston for the 2026 season. In 2029, the Bearkats have a road game scheduled at the Georgia Southern Eagles on Sept. 8.

The Trojans are scheduled to open the 2022 season on Saturday, Sept. 3 on the road against the Ole Miss Rebels. Sam Houston opens their campaign on the same day at the Texas A&M Aggies.

99.9% chance the [email protected] game is NOT happening.