Troy and Liberty schedule football series for 2018 and 2021 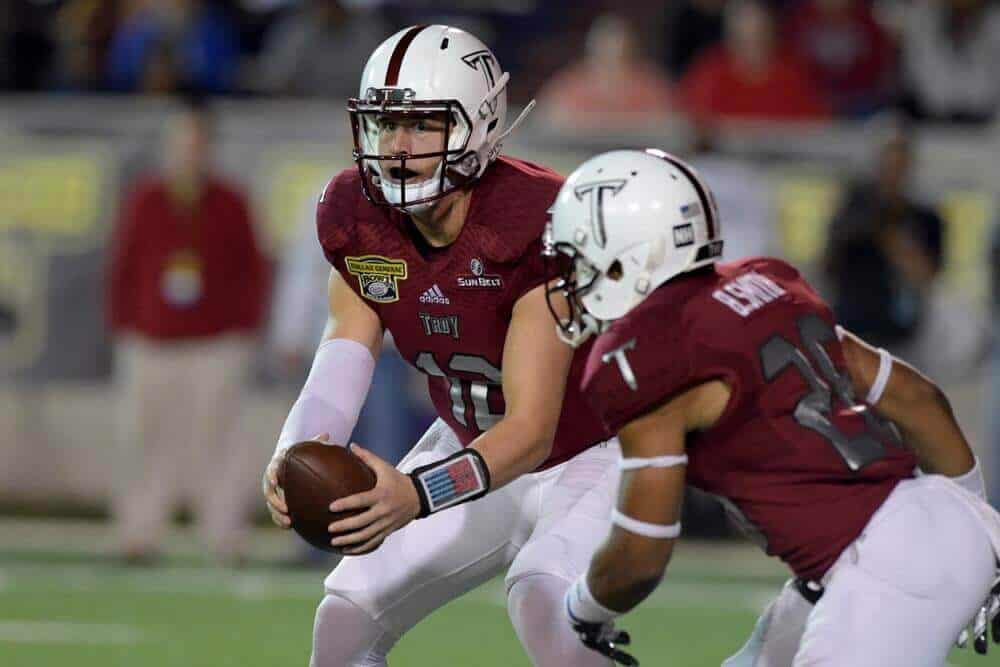 The Troy Trojans and the Liberty Flames have scheduled a home-and-home football series for the 2018 and 2021 seasons.

Liberty will host Troy in the first game of the series at Williams Stadium in Lynchburg, Virginia on Oct. 13, 2018. That game was announced on Saturday when Liberty released their 2018 football schedule.

The Flames did not announce the game at Troy because they had yet to settle on a date, Director of Athletics Ian McCaw told A Sea of Red on Monday.

“We don’t have the specific date nailed down which is why the 2nd part of that wasn’t announced,” McCaw said.

Now it appears a date has been set. According to Troy’s official athletics website, the Trojans will host the Flames at Veterans Memorial Stadium on Sept. 11, 2021.

Troy was originally scheduled to play at UMass on Nov. 3, 2018. Due to Liberty now playing at UMass on that date, Troy will travel to take on the Minutemen on Sept. 19, 2020.