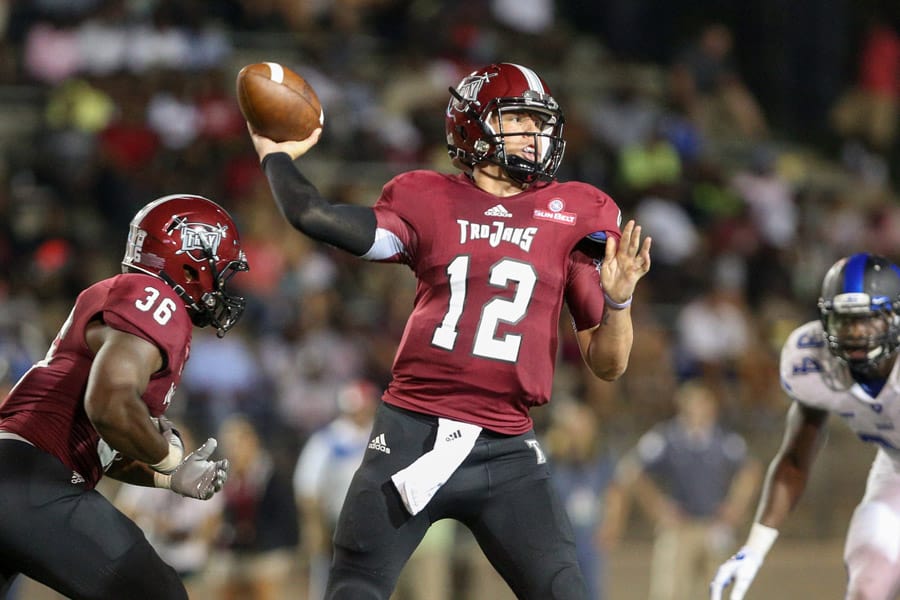 The Troy Trojans have finalized their 2017 football schedule with the addition of a game against the Alabama State Hornets, the school announced today.

Troy will host Alabama State at Veterans Memorial Stadium on Sept. 9, 2017. The game will be the 16th meeting between the two schools. Troy leads the series 13-2 and has won the last 10 matchups.

“This is a game that makes sense for both schools,” Troy Interim Athletics Director Sandy Atkins said. “We had an outstanding crowd the last time we played Alabama State and I wouldn’t expect anything less for this game. Anytime we can schedule non-conference games with in-state teams, it is great for the region and great for the state of Alabama.”

The Trojans open the 2017 season on the road on Sept. 2 against the Boise State Broncos. That game is the first of a home-and-home series that will see Boise State play at Troy the following season.

On Sept. 23, Troy hosts NC State in the final game of a series that begins this season in Raleigh.

Troy’s fourth and final non-conference game is a trip to Death Valley to take on the LSU Tigers on Sept. 30.

Attended the “Shootout at Noon” in 1989 while a student at Alabama State. Though I don’t want to see Auburn and Alabama playing 1AA schools I have no problem with Troy doing so. These schools are only an hour apart, it makes sense in so many ways.

Play Auburn—in the last 10 years Troy could have won four of those games….