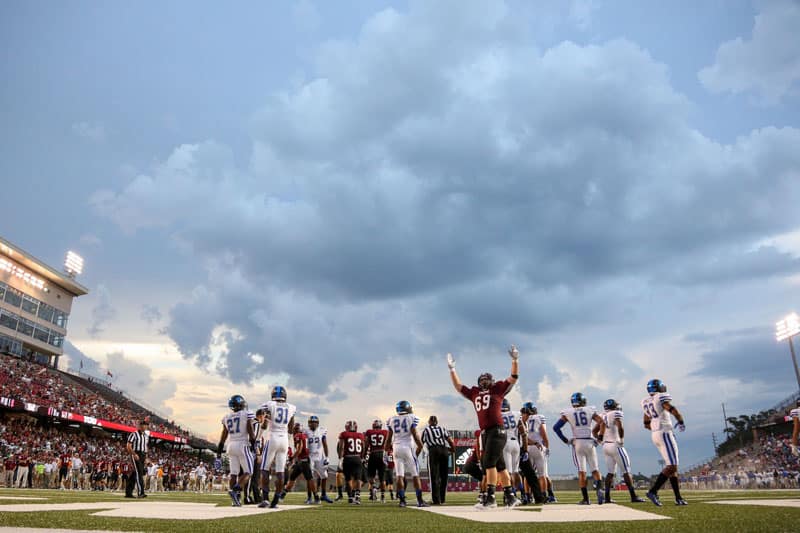 The Troy Trojans have completed their 2016 and 2018 non-conference football schedules with the addition of games against two FCS schools, Athletic Director John Hartwell announced Wednesday.

Troy will open the 2016 season at home against Austin Peay on Sept. 3. The Trojans then have back-to-back road games at Clemson on Sept. 10 and at Southern Miss on Sept. 17.

UMass visits Veterans Memorial Stadium in Nov. 5 to close out the non-conference portion of their schedule.

In 2018, Troy has added a home game against Presbyterian. The game is set for Sept. 8, a week after the Trojans host Boise State.

The 2016 and 2018 home and home with UMass may switch if the Minutemen need a fifth home game. UMass does have the Hawaii Exemption in ’16, so the switch isn’t a definite.

That they’ve gotten Boise State to make the long trip to the Montgomery, Alabama airport and still have an hour and a half bus ride to Troy is rather impressive. Although, were I Boise’s AD, I’d be flying the charter into Dothan, Alabama instead and making a much more logical trip from Dothan’s north side airport to Troy University on the south end of Troy. Plus, they’d be smart to stay in Dothan the night before rather than Troy. Much, erm, SAFER, than Montgomery, for sure.