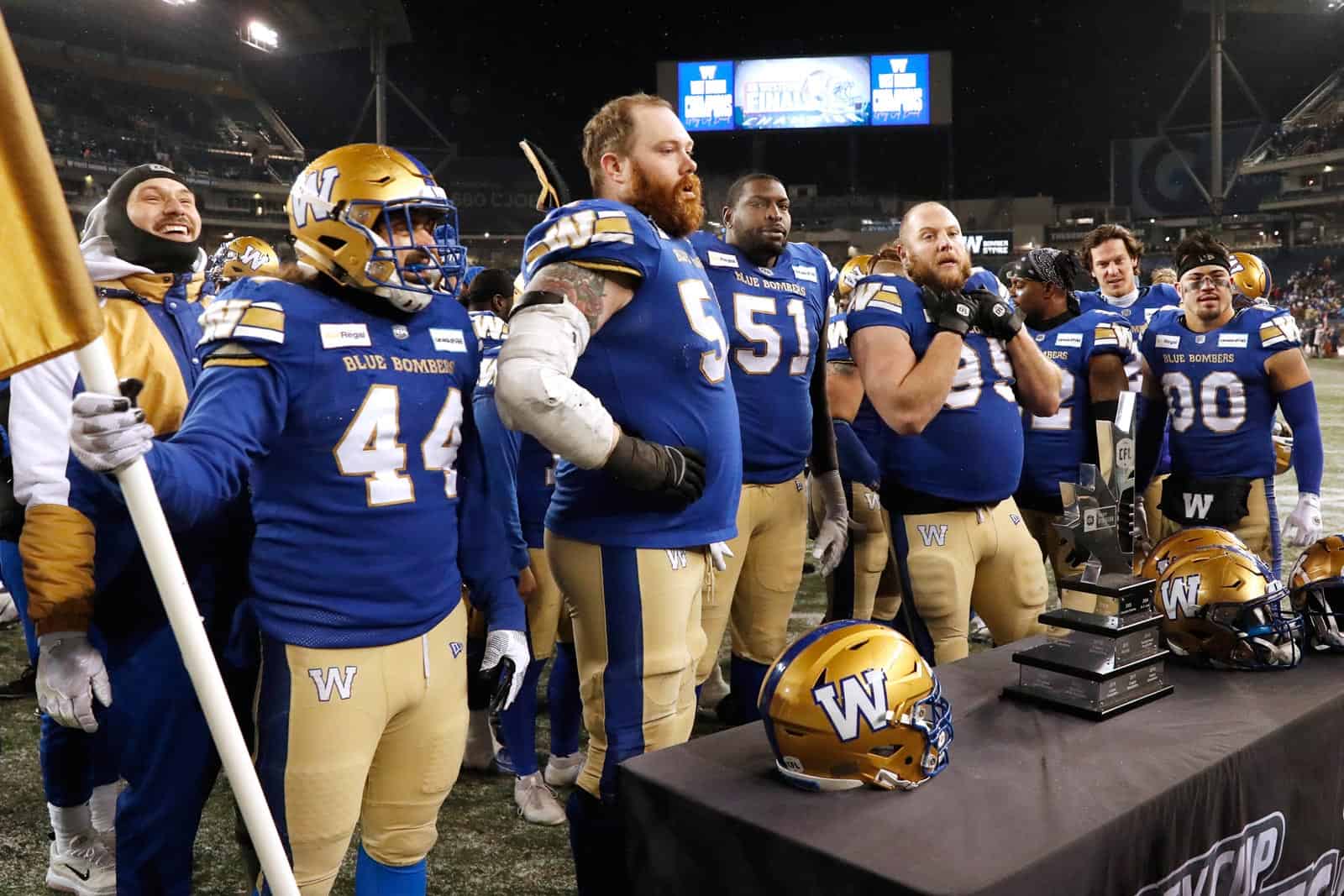 The Toronto Argonauts and the Winnipeg Blue Bombers will meet in the 109th Grey Cup, the championship game of the Canadian Football League (CFL).

Toronto and Winnipeg will square off at Mosaic Stadium in Regina, Saskatchewan, on Sunday, Nov. 20, 2022. The game will be televised at 6:00pm ET in the United States by ESPN2 and in Canada by TSN (English) and RDS (French).

109th Grey Cup tickets are available from our partner StubHub. The get-in price is currently around $170 plus fees.

Toronto reached the 109th Grey Cup after defeating the Montreal Alouettes 34-27 in the Eastern Final. Winnipeg beat the BC Lions 28-20 in the Western Final to reach the CFL’s championship game.

The Toronto Argonauts will be playing in the Grey Cup for the 24th time, which is second most among all CFL teams. Toronto last won the Grey Cup in 2017 and has a record of 17-6 in the championship game of the Canadian Football League.

The Winnipeg Blue Bombers will be making their 27th appearance in the Grey Cup, which leads all Canadian Football League teams. Winnipeg, 12-14 in the Grey Cup, last won the league championship in 2021.

Toronto and Winnipeg have met six times in the Grey Cup, most recently on November 25, 1950. The Argonauts defeated the Blue Bombers in that contest, 13-0, at Varsity Stadium in Toronto.

In their lone regular-season meeting in 2022, Winnipeg traveled to Toronto and defeated the Argonauts, 23-22.

First and second all-time in Grey Cup appearances and they haven’t met in over seven decades? Interesting