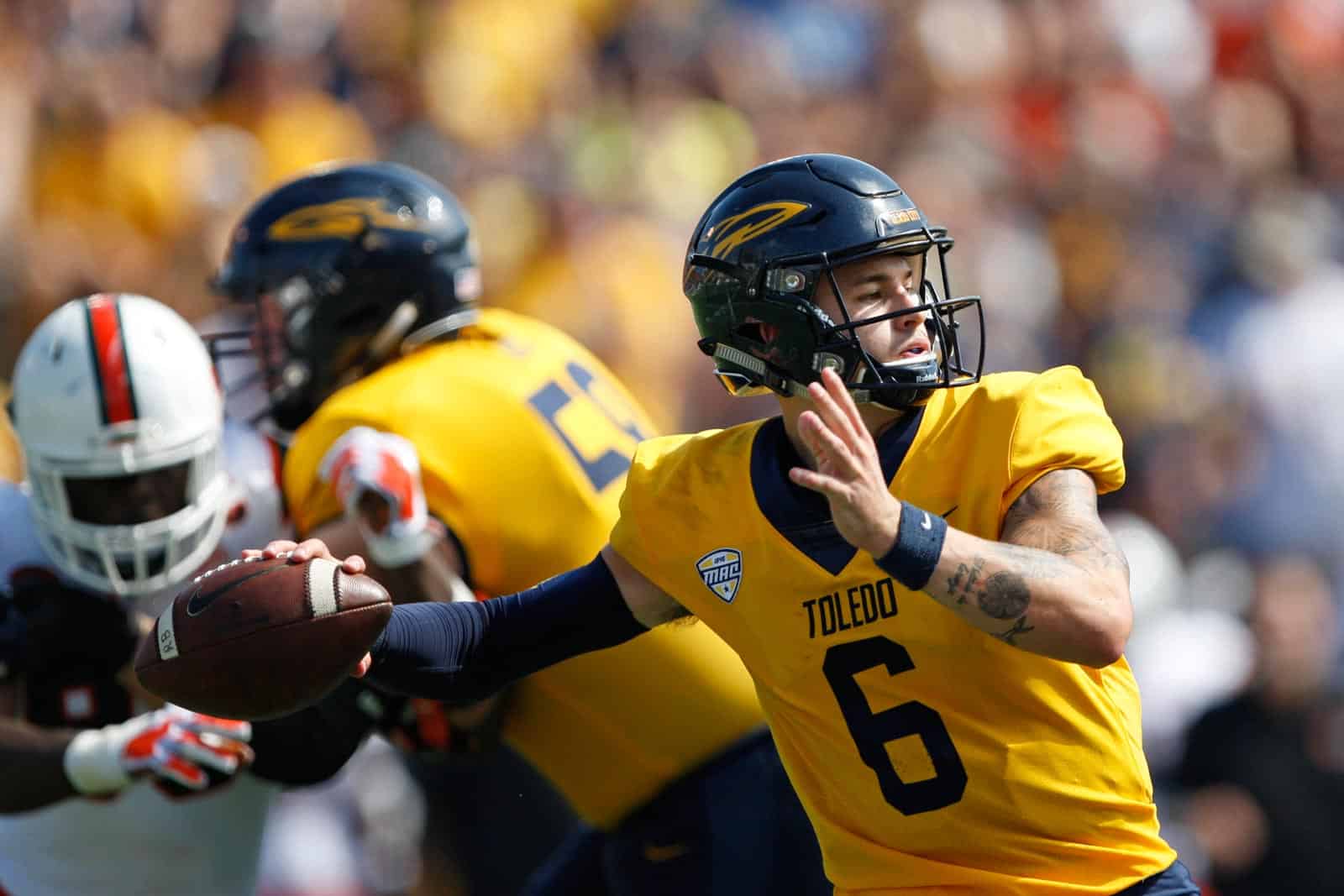 The Toledo Rockets have added a series with UMass and single games against Central Connecticut and Norfolk State to their future football schedules, FBSchedules.com has learned.

Copies of contracts for the UMass, Central Connecticut, and Norfolk State games were obtained from the University of Toledo via a state open records request.

Toledo and UMass have scheduled a home-and-home series for 2021 and 2022, per the copy of the contract. Toledo will travel to take on UMass at McGuirk Alumni Stadium in Amherst, Massachusetts, on Oct. 2, 2021 and will host the Minutemen at the Glass Bowl in Toledo, Ohio, on Sept. 10, 2022.

The Rockets and Minutemen first met on the gridiron in 1976 and have played five times overall. Toledo won the most recent contest in 2015, 51-35, to extend their lead in the series to 4-1.

Central Connecticut is a member of the Northeast Conference (NEC) in the Football Championship Subdivision (FCS). The Blue Devils have never faced Toledo on the gridiron.

Toledo will host the Norfolk State Spartans at the Glass Bowl on Sept. 4, 2021. The Spartans will receive a $400,000 guarantee for playing the game, per the contract.

Norfolk State competes in the Mid-Eastern Athletic Conference (MEAC) in the FCS. The Spartans have also never faced the Rockets in football.

Toledo is slated to open the 2020 season at Tulsa on Sept. 5 and then host San Diego State on Sept. 12. The Rockets then visit Michigan State on Sept. 19 before hosting Central Connecticut on Sept. 26.

After hosting Norfolk State to open the 2021 season, the Rockets are slated to play at Notre Dame on Sept. 11, host Colorado State on Sept. 18, and then travel to UMass on Oct. 2.

Looks like your future schedules for Toledo have the Rockets with 2 games on Sept. 10th, 2022: hosting UMass and at San Diego State. Can you check this out? Thanks.

I fixed the Toledo page, moved the San Diego State game to TBA. Since the UMass game was just scheduled in November, that means the San Diego State date will change, or perhaps move to another season. They didn’t provide any info on that, so we’ll have to wait and see.