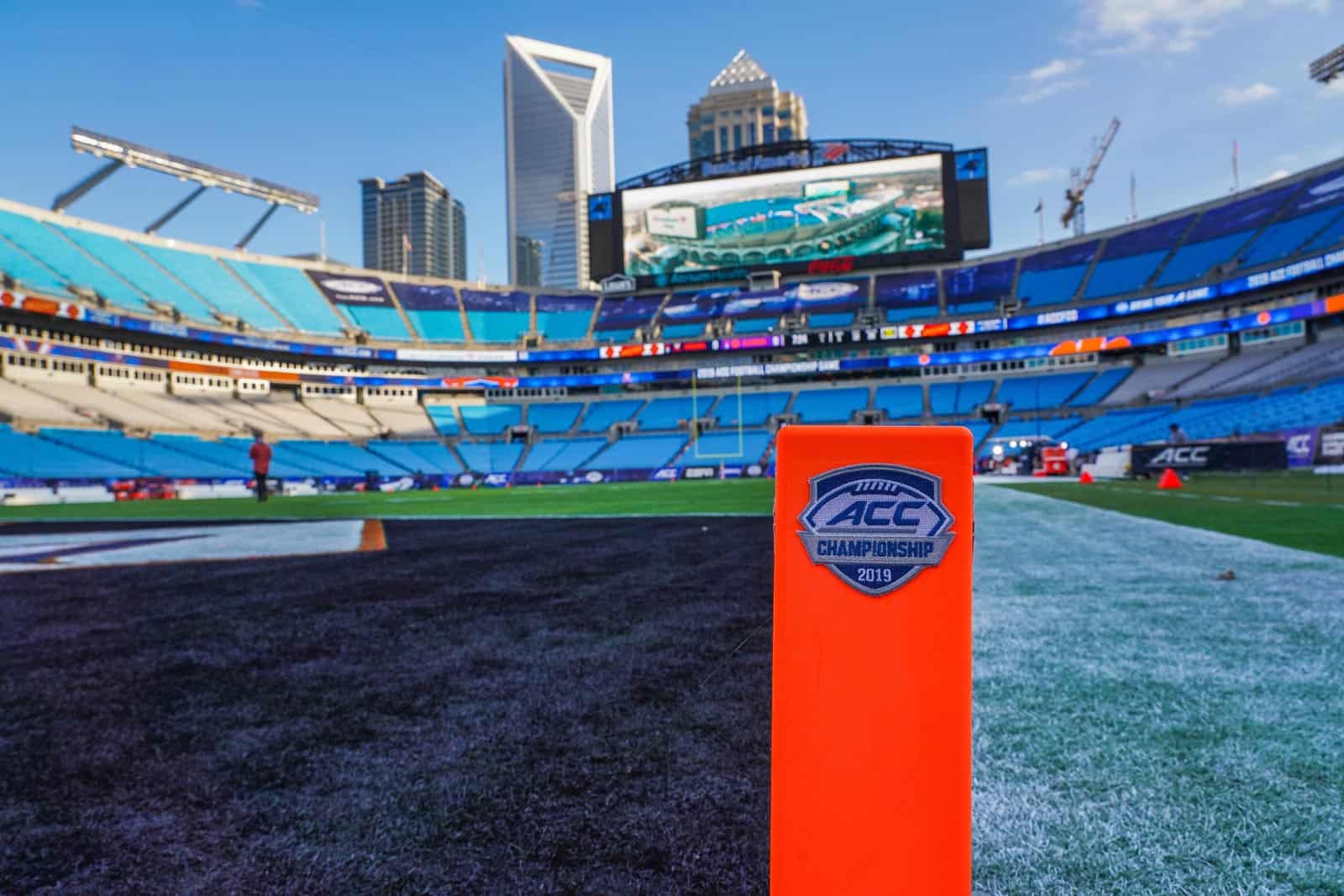 Kickoff time and television assignments for five conference championship football games on the ESPN networks were announced on Tuesday.

Championship weekend coverage on the ESPN networks kicks off on Friday, Dec. 18 with the MAC Championship Game at 7:30pm ET on ESPN. The game will be played at Ford Field in Detroit, Mich.

The Dr. Pepper Big 12 Championship Game will get the day started on Saturday, Dec. 19. The game, which will be played at AT&T Stadium in Arlington, Texas, is scheduled for 12:00pm ET and will be televised by ESPN.

Kicking off at either 12:00pm ET or 3:30pm ET is the Sun Belt Championship Game. The game will be televised by either ESPN or ESPN2 from the home stadium of either the East or West Division winner.

The ACC Championship Game will not be broadcast in primetime this season, likely due to the SEC and Big Ten championship games kicking off at 8:00pm ET. Instead, the top two seeds in the ACC will square off at 4:00pm ET at Bank of America Stadium, Charlotte, N.C., with television coverage on ABC.

The American Athletic Conference Championship concludes the evening at 8:00pm ET and will be televised by ABC. The game will be played at the home stadium of the team with the highest winning percentage in conference games.

keeping the ACC game out of primetime is a cowardly move, more people care about the ACC than the American

by putting the American CCG in primetime, ABC is effectively conceding the primetime ratings war that night to Fox and CBS

Fox made a similar move 2 years ago, when it aired at noon a Michigan-Ohio State game that had huge playoff implications, and had to air a game between two middling Big 12 teams in primetime, which lost the night to Notre Dame-USC on ABC.

Networks shouldn’t have to wave the white flag when it comes to that. Fox should have fought hard that year to get the UM-OSU game played in primetime.

And UM-OSU should be played in primetime. The Big Ten needs to allow night games year-round. The MAC, a G5 conference with a similar footprint, has night games all the way through the final week of the season.

Fox should sponsor a new NCAA rule requiring FBS conferences (but not independents) to schedule at least one football game they hold the TV rights to at night every week, to protect the interests of their television partners.

After all, the Big Ten could find itself in an uphill battle to keep its football games on national television if they don’t start playing night games in every week of the season. Fox and ESPN won’t continue beyond 2023 without night games every week, and neither CBS nor NBC will agree to air Big Ten games without the guarantee/promise that there will be one night game every week of the season up through Thanksgiving weekend.