The most viewed regular-season college football games in 2022 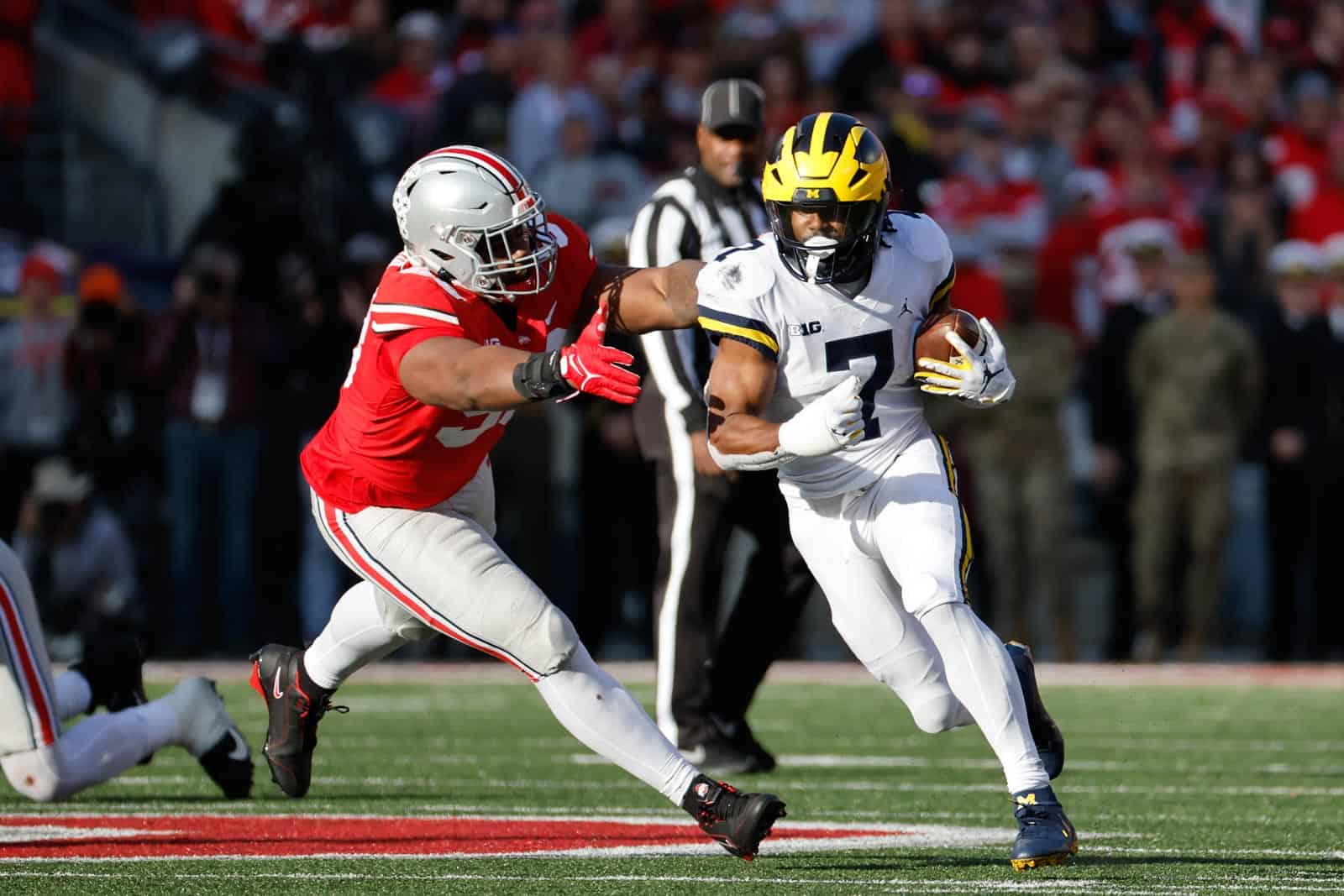 The numbers are in…according to Sports Media Watch, what follows is a breakdown of the games that drew the most TV viewership during the regular-season portion of the 2022 college football season.

Of the 20 clubs that participated in the top five most-watched Power 5 games and the top 5 non-conference contests, nine (or 45 percent) hailed from the SEC, five (or 25 percent) were Big Ten members, three were Independents, and two represented the ACC. That leaves the Big 12 and the AAC, each with one team in the mix. The Pac-12 was not represented at all.

Three elite programs participated in more than one of the most-watched games – Alabama and Ohio State each played in three such games while Florida State appeared in two.

The network/time combo that attracted the most viewers in 2022 was evenly split between a trio of options, each making the most-watched list three times: FOX’s noon ET offering, CBS’s 3:30pm ET timeslot, and then ABC’s 7:30pm ET fixture.

Of the five most-watched games featuring two Group of 5 programs (other than Army/Navy, which made the big boards), three were played on a Friday, with two coming the day after Thanksgiving. Of the ten participants, five were AAC members, four hailed from the Mountain West, and one was an Independent. Two of the five games were non-conference affairs, both featuring military academies. The Sun Belt, MAC, and C-USA were not represented.

Also the most watched regular-season contest in 2022, only three games – the CFP National Championship and the Semifinals – attracted more viewers than did Ohio State/Michigan.

Tennessee/Georgia was also the second-most watched among all regular-season games. It, like Ohio State/Michigan, also outdrew all the bowl games, except for the CFP action, as well as the entire offering of conference championship games.

Alabama/Tennessee was also the third-most watched regular-season game overall and, along with Michigan/Ohio State and Tennessee/Georgia, outdrew all but the CFP portion of the postseason.

More viewers tuned in for the regular season clash between the Crimson Tide and Rebels than did the Orange Bowl (Tennessee vs. Clemson), which attracted 8.59 million.

Overall, Alabama/Texas was the fourth-most watched regular-season game in 2022, attracting more viewers than did the Rose Bowl (Penn State vs. Utah) with 10.19 million viewers

Florida State/LSU also came in as the sixth-most viewed regular season game in 2022 and was the most-viewed clash between squads that were unranked at game time.

GROUP OF 5 vs. GROUP OF 5 GAMES (other than Army/Navy)

Tulane/Cincinnati out drew Nebraska/Iowa, which was played that same day at 4pm ET on the Big Ten Network, pulling in 1.47 million viewers.

More people watched Tulane/Houston than did West Virginia/Texas which was played the next evening at 7:30pm ET on FS1, with 1.19 million viewers.

More viewers tuned in for Navy/Air Force than did Purdue/Minnesota, which aired in the same time slot on ESPN2, attracting 829,000.

Someone on here keeps say Michigan Ohio State should be at night. Most watched game the last two years at noon.

Despite my personal Desires for Viewership to magically agree with my Wishes, ESPN / FOX follow the business viewership Numbers so they are providing their Advertisers with the viewers They’re paying the stratospheric $$$$$ amounts for…

Michigan and OSU always play the game early over concerns that too much drinking while tailgating will lead to fights between fans during the game.

BIG 10 , BIG 12 take note , Tulane played in the first and third most watched so called Group of 5 games .

Tulane is a logical geographic fit for the BJG 12 .

With the BIG 10 now a coast to coast conference Tulane is a perfect fit and is AAU .