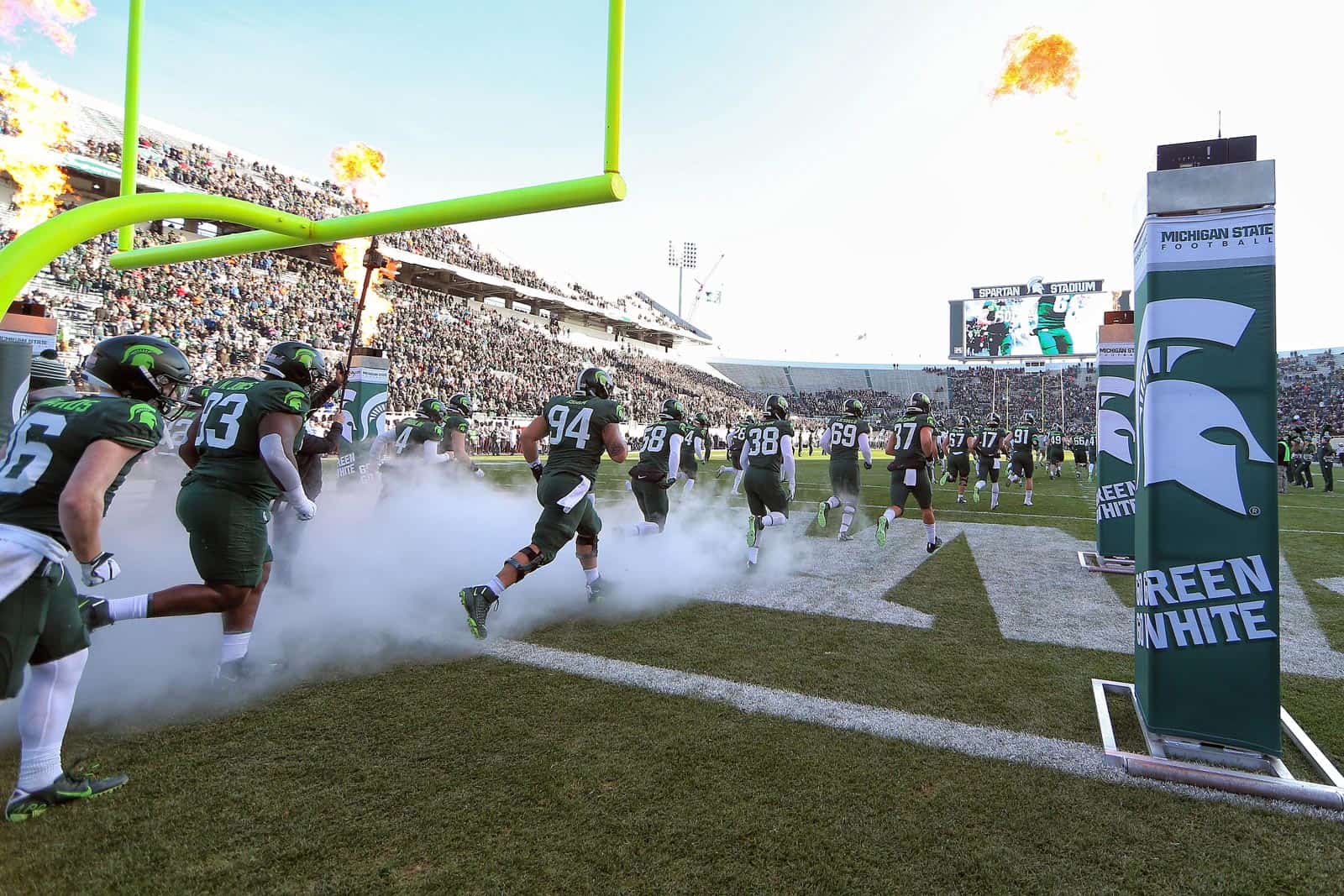 While there are an endless number of ways to assess schedule strength, one of the simplest is to compare the number of “quality” opponents’ teams will play.

What is a “quality” opponent? Which metric do we use to gauge which foes are inherently more difficult than others?

One of the most straight forward approaches is to group opponents into three clearly defined categories: those from Power 5 conferences (plus independents Notre Dame and BYU), those from Group of 5 leagues and then those from the FCS level.

While certainly not comprehensive, this simplistic criterion allows us to compare schedules from a bird’s eye view. It’s assessing schedule strength by looking at the forest as opposed to getting all up in the trees.

It’s a big deal that will likely go completely unnoticed regardless of how this anomaly impacts each team’s win/loss record. It’s one of those things that will make one team’s 8-4 finish completely different than another’s.

By conference, two honorees on the over-achiever list come from the Pac-12, one hails from the Big Ten and one is from the Big 12. The ACC and SEC don’t have any representatives by design. Where the Big Ten, Big 12 and Pac-12 all play a nine-game conference schedule, the ACC and SEC play eight league games. So, where a Big Ten school would only have to schedule two Power opponents in non-conference play to get to 11 Power foes, an SEC member would have to schedule three such programs. And that’s not happening.

The only non-Power opponent on Michigan State’s 2020 slate is Toledo. Other than that, it’s nine Big Ten opponents, one ACC foe and independent BYU (which is, again, generally accepted as a Power foe).

The last time the Spartans played 11 Power opponents in the regular season was in 2016 when they played at (18) Notre Dame and hosted BYU out of Big Ten play. The only non-Power opponent that year was FCS Furman. That squad finished 3-9, the program’s worst mark since 1991.

The only non-Power element of Stanford’s 2020 slate is the opener vs. FCS William and Mary. Other than that, it’s nine Pac-12 opponents and then the duo of “Power” independents Notre Dame and BYU.

Compare Stanford’s schedule with that of fellow Pac-12 North member Washington State. The Cougars are slated to play Utah State, Houston and FCS Idaho out of league play. That means that the only Power foes WSU will face are the nine teams on its Pac-12 schedule.

The only non-Power opponent USC will play this season is New Mexico. Not only do the Trojans deserve kudos for quantity, they get extra credit for quality with Oregon (who won the Pac-12 last year and finished No. 5 in the AP) in cross-division play and Alabama (No. 8 in the final poll) and Notre Dame (No. 12) in non-conference action.

For USC it’s not so much about the last time it played 11 Power foes, but instead the last time it didn’t do so. That was five seasons ago, in 2015 when it added Arkansas State and Idaho to its standing date with Notre Dame. Since then it’s added Alabama (2016), Texas (2017-18) and BYU (2019) to its annual meeting with the Irish.

Compare the Trojans’ slate to that of cross-town rival and fellow Pac-12 South member UCLA. The Bruins avoid the Ducks and have New Mexico State, Hawaii and San Diego State outside of conference play.

West Virginia’s only non-Power foe in 2020 is FCS Eastern Kentucky. That leaves its nine regular dates with the rest of the Big 12 and the opener against Florida State and a visit from Maryland in Week 3.

Like the Trojans, the Mountaineers have made a habit of scheduling 11 Power opponents. Last season they had a roadie at Mizzou and a visit from NC State along with their Big 12 slate. In 2018, it was Tennessee and, again NC State (a game that was ultimately cancelled due to Hurricane Florence). 2017 was the last time they didn’t play 11 Power foes.

AND … USC has never played a FCS team – NEVER!

Kansas State has no walk-overs with Buffalo or North Dakota State……..in fact, they may have the tougher schedule.

There was an error in the article, it’s actually North Dakota not NDSU

Thanks Kevin…..I now get the WVU schedule being tougher than KSU schedule conclusion. But I still think Buffalo wins this game….and I intend to be there to see it :-)

I know they’re not on this list because the AAC is not considered a Power conference anymore, but get a load of Georgia Tech’s non-conference.

Technically, Georgia Tech only plays 10 Power programs. But Central Florida might be the premier G5 team over the past 3 seasons.

The AAC may not be a power conference but it seems some of their schools will play anybody. I live in Tulsa and the past 5 years they have played at least one big time opponent. The list includes Texas, Ohio State, Michigan State, home games against Oklahoma and Oklahoma State. Next year they have a brutal back to back games of Oklahoma State and Ohio State then in 2023 they host Oklahoma and then the following week go to Washington. I think schools like this will use those games to not only get some cash but also exposure to recruits. UCF reminds me of Boise State back in the early 2000’s It’s been a helluva 3 years lets see if they can keep it up. Also I watched Tulsa beat UCF last season in Tulsa and it had to be the weirdest game I’ve seen UCF play in a long time.

I agree with you Hokie Mark

I’ll give you the fact that some Power 5 Conferences allow Notre Dame, BYU, and Army to meet Power 5 scheduling guidelines, but BYU is not Power 5. Especially not in 2020.

In 2020, they only have 6 Power 5 opponents scheduled, therefore through their relative scheduling, they don’t meet the minimum of 8 Power 5 games to be “honorary” Power 5. Now, Notre Dame on the other hand meets the metric with 10 Power 5 opponents.

Also, look at BYU bowl tie in. That’ll tell you a lot about what ESPN thinks of their Power 5 credibility (Independence Bowl 3 of 7 years and other ESPN bowls mixed in there).

I’ll give USC and WVU credit. But MSU and Stanford with BYU doesn’t cut it.