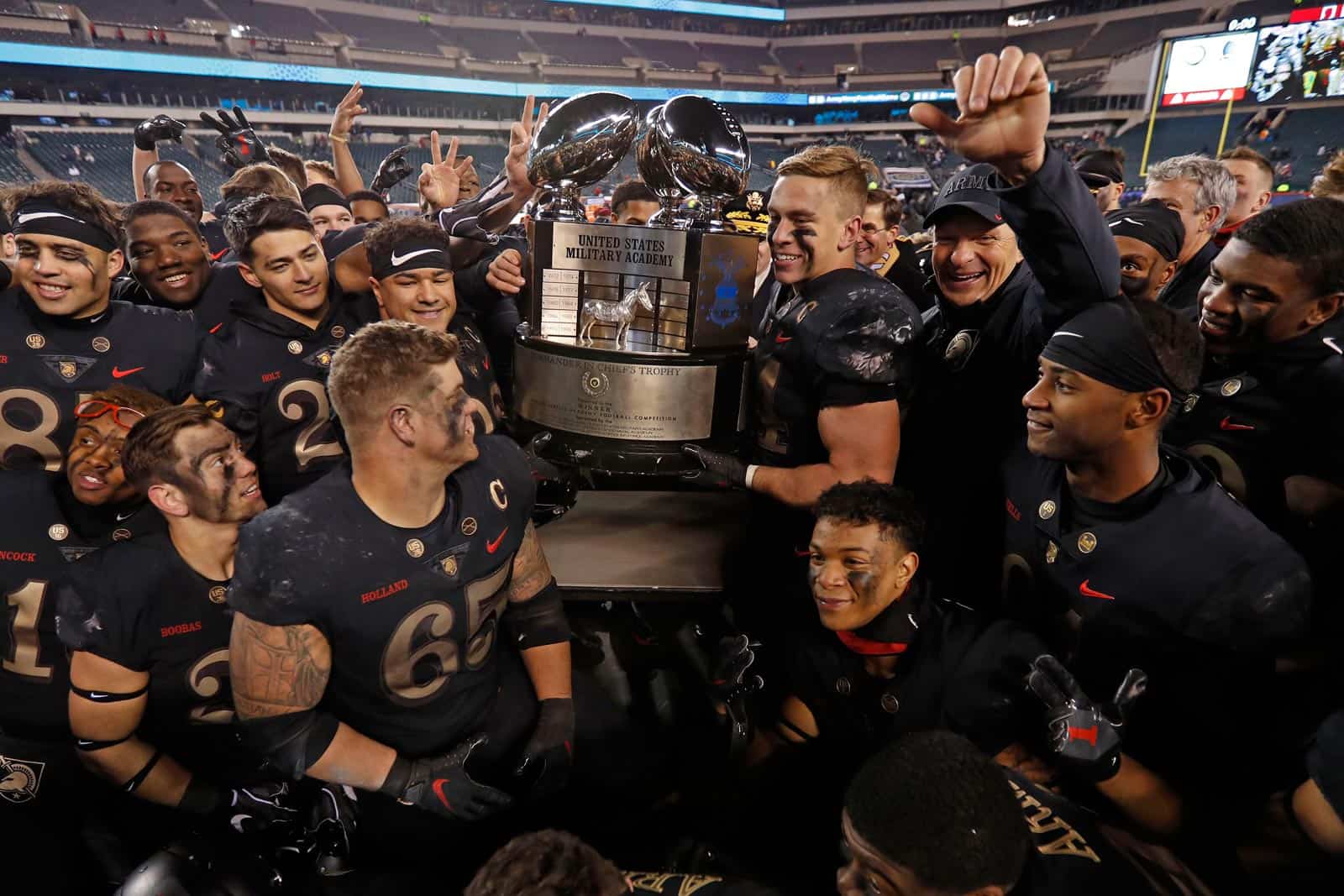 One of the higher profile reunions this coming season is Florida vs. Miami Fla. – two big-time programs from the same state who haven’t met in six years.

Not only will the game headline Week 1, it renews the battle for the Florida Cup – one of the FBS’ rare three-way rivalries with a rotating prize.

Here’s the rundown of trios competing for hardware in 2019.

Established in 2002 by the Florida Sports Foundation, the Florida Cup is also known as “the state championship of Florida.”

Though the Cup is 17-years old, it’s only been awarded five times – in 2002, 2003, 2004, 2008, and 2013. While Florida State meets Florida (a non-conference fixture) and Miami Fla. (as a fellow ACC opponent) annually, the three-way rivalry has been hampered by the limited number of times the Gators have squared off with the Hurricanes. This season’s game is the only meeting scheduled for the foreseeable future.

Florida and Miami kickoff the season on Saturday, Aug. 31 in Orlando. The Hurricanes are at Florida State on Nov. 2 and the Seminoles close out the regular season with a visit to Florida on Nov. 30.

The three-way rivalry between Army, Navy, and Air Force, the Commander in Chief was established in 1972 to ensure that the newer Air Force Academy (which kicked off football in 1957) would play Navy and Army (both dating back to 1891) annually.

Air Force leads the series with 20 trophies, but hasn’t won since 2016. Navy is second with 15, last capturing the prize in 2015. That leaves Army, which has earned only eight Commander in Chief’s. After not winning since 1996, the Black Knights captured back-to-back titles in 2017 and 2018.

The Michigan MAC Trophy is awarded to the annual victor in the Central Michigan/Eastern Michigan/Western Michigan series. Established in 2005 by the Michigan Sports Hall of Fame, the prize is presented to both a football and a basketball recipient.

Central Michigan and Western Michigan are tied with five titles apiece in the gridiron portion of the competition. The Broncos won in 2018 and the Chippewas in 2017. Eastern Michigan – which has four titles – hasn’t won since 2012.

The only other three-way rivalry trophy in the FBS is the Beehive Boot (Utah, Utah State, and BYU) which hasn’t been awarded since 2016, the last time all three Utah schools clashed during a single season. The Boot, first awarded in 1971, is a 100-year old pioneer boot sourced from where else, the Beehive State (the state’s nickname was chosen because it’s the symbol of hard work and industry).

Unfortunately, the Boot series looks to be on a long break. Though BYU has both Utah and Utah State scheduled from 2019 through 2022, the Utes and Aggies don’t have any future dates booked at this time.

While there is no trophy associated with it, another state with three FBS schools is scheduled to play a three-way series in 2019. That’s Colorado – home to Air Force, Colorado State, and Colorado – all set to face one another for the first time since 1972.

Teams that do regularly play each other but just need a Trophy with a funky name.

Stanford, Cal, USC and UCLA do all play each other each year

The Beehive Boot often is awarded without full round-robin results. Utah will be awarded the title this year if BYU defeats Utah State on November 2.