The easiest and most difficult schedule by conference in 2018 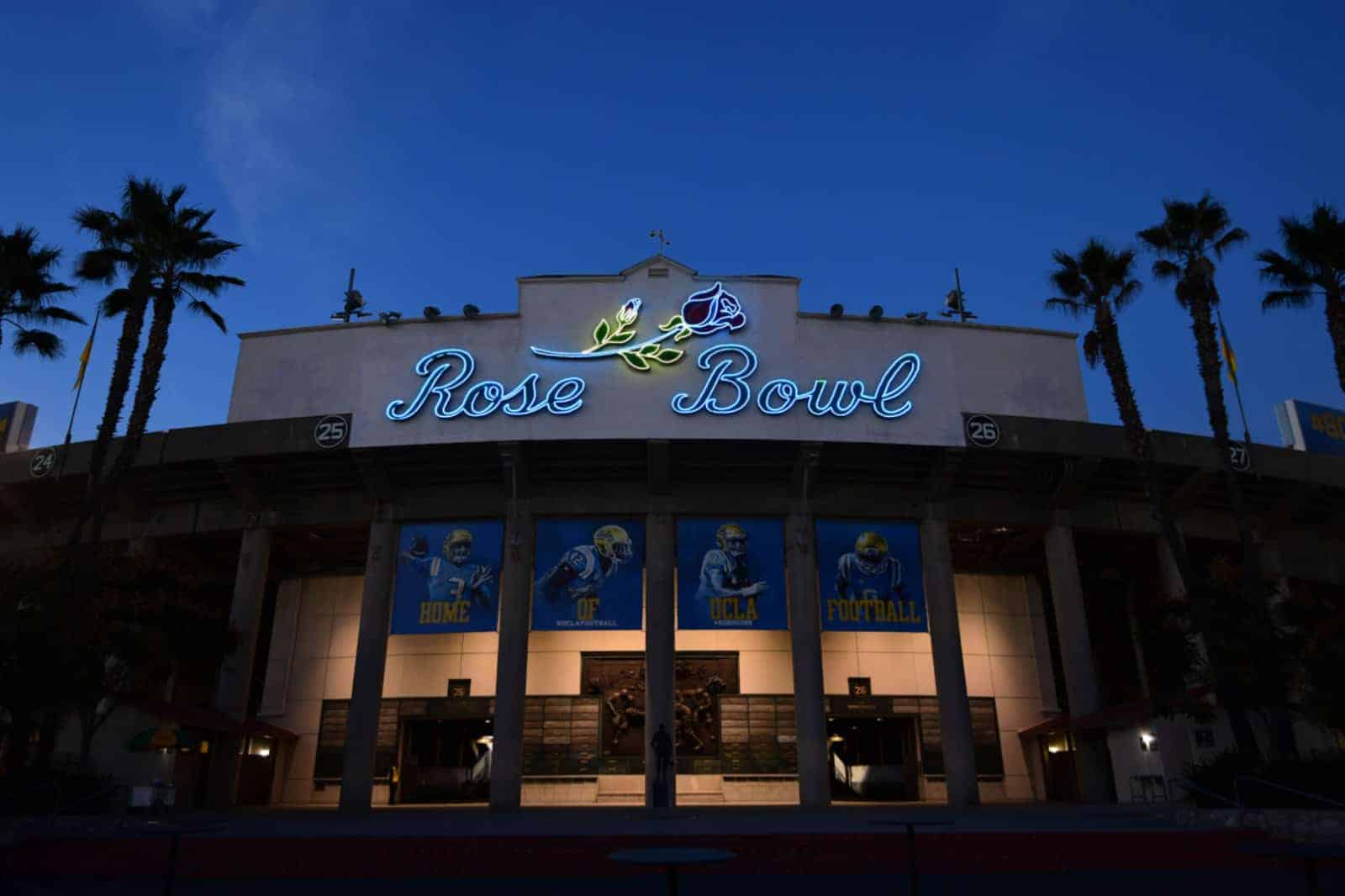 Scheduling inequality in the FBS ranks of college football exists at every level: nationally, across the Power 5/Group of 5 leagues and even within conferences and divisions.

So, while two programs might play in the same league, they won’t necessarily have the same level of difficulty to win that league.

The biggest variables are inconsistencies in non-conference scheduling (where some programs opt to exceed standards, while others ignore them), and in cross-division play, where one program can be playing Georgia, while the other gets Vanderbilt.

Utilizing the schedule strength rankings in Phil Steele’s 2018 College Football Preview magazine, here’s the worst and best-case scenario in each of the ten FBS conferences.

Most Difficult: Florida State (No. 5 in the FBS)

Florida State’s schedule is difficult on two significant counts. First, it doubles-up on non-conference Power opponents, with late-season games at Notre Dame and vs. Florida. Next, it draws Virginia Tech in the opener to go along with its annual meeting with Miami, Fla. (in Miami Gardens) in cross-division play.

Compare that to North Carolina, who draws Syracuse and NC State (its permanent cross-division rival) from the Atlantic (therefore avoiding Clemson, Florida State and Louisville). In non-ACC play, the Tar Heels will face a sole Power foe, traveling to Cal for the opener.

Tulsa is set to play road games at Texas and at Arkansas this season. No small task for a team that hasn’t beaten a Power opponent since downing Iowa State in the 2012 Liberty Bowl. From across the American in the East division, it draws USF, a legitimate contender for the conference championship.

As for Memphis, only 11 FBS programs have an easier schedule than the Tigers do in 2018. They play FCS Mercer, Georgia State, South Alabama and at Missouri out of conference. Though they do draw top-dog UCF from the East division, it’s balanced with East Carolina, which has won just six games total over the last two seasons.

Most Difficult: Texas (No. 8 in the FBS)

Like Florida State, Texas doubles down on non-conference Power foes opening at Maryland (in Landover) and then hosting USC in Week 3. It’s also got K-State, Oklahoma State and Texas Tech on the road.

Oklahoma State is one of only six Power programs who won’t face a Power opponent out of conference play. The Cowboys play FCS Missouri State, South Alabama and Boise State in non-Big 12 action and get Texas and West Virginia at home in Stillwater.

Most Difficult: Purdue (No. 2 in the FBS)

Purdue is another program that doubles-up on Power non-conference opponents this season, hosting Missouri and Boston College in back-to-back weekends in September. Before dismissing the Eagles as a non-threat, keep in mind that Steele has BC as the No. 3 team in the stacked ACC Atlantic. In Big Ten play, the Boilermakers travel to Nebraska and Minnesota in their own division and then draw Ohio State and Michigan State from the East.

Wisconsin’s only non-conference Power opponent is BYU, an independent who the Big Ten has labeled a Power foe. In league play, the Badgers get Nebraska and Minnesota at home and draw games at Michigan, at Penn State and vs. Rutgers from the East division. They won’t face Ohio State or Michigan State in the regular season.

Most Difficult: Charlotte (No. 84 in the FBS)

Charlotte visits Tennessee in early November this season and also draws Appalachian State, a program that’s 30-9 over the last three years. The 49ers get the top three contenders from their own Eastern Division – FAU, Marshall and Middle Tennessee – on the road. In cross-division play, they draw top dog UAB, who Steele has as the frontrunner in the West.

Only five programs in the FBS have an easier schedule than UAB does in 2018. The Blazers do visit Texas A&M in November, but draw Middle Tennessee and Charlotte in cross-division play. Steele has the Blue Raiders at No. 3 in the East and Charlotte at No. 7, or dead last in the division.

Most Difficult: Northern Illinois (No. 67 in the FBS)

The only FBS programs with an easier slate than Ohio are Troy and New Mexico State. The Bobcats do have a road trip to Virginia in Week 2 and Cincinnati in Week 3, but other than that, their non-MAC schedule is vs. FCS Howard and UMass. From across the conference in the West, they get heavyweight Northern Illinois, but balance that with Ball State, which has posted four straight losing records.

Northern Illinois won’t play an FCS opponent for the first time in 21 years, or since 1997. Beyond that, it triples-up on Power opponents: at Iowa, at Florida State and vs. Utah. Though their final non-conference opponent isn’t a member of a Power 5 league, it’s BYU, which is considered a Power foe by, among others, the Big Ten.

New Mexico has a trip to Wisconsin booked for Week 2, when the Badgers should still be members of the Top Ten. The Lobos haven’t beaten a member of the Top 25 since downing then-No. 24 Utah in 2003 and haven’t upset a Top Ten team since 1994, when it was the ninth-ranked Utes in a 23-21 decision. In cross-division play, they get Fresno State and San Diego State, Steele’s top two picks from the West.

What’s misleading about Nevada’s low difficulty rating is that it’s got two Power foes slated in 2018 – at Vanderbilt and vs. Oregon State. But these are both programs that have struggled epically in recent years, the Commodores and Beavers both last surfacing above .500 in 2013. It also draws Air Force and Colorado State from across the conference, both in the bottom half of Steele’s predictions for the Mountain division.

The owner of the toughest schedule in the FBS in 2018, UCLA’s challenges start early, with a road trip to top-ranked Oklahoma in Week 2. Though the remainder of its non-conference slate isn’t ridiculous (Cincinnati and Fresno State), its cross-division schedule is. The Bruins draw Washington, Stanford, Oregon and Cal from the North – also the top four teams in the division. Yikes.

Compare that to Oregon, who, like Oklahoma State, is among the only six Power programs that won’t play a Power opponent in non-conference play in 2018. The Ducks have Bowling Green, FCS Portland State and San Jose State slated in non-Pac-12 play. From the South division, they get Arizona, UCLA, Utah and Arizona State. That means they avoid top-dog USC altogether.

LSU opens its season with Miami (Fla.) in Arlington, Texas. Steele has the Hurricanes as a lofty No. 7 in his preseason rankings, making the game one of the toughest openers in the nation. Though the Tigers get Alabama in Baton Rouge, they travel to Auburn, Florida, Arkansas and Texas A&M. The cherry on the top is a mid-October date with Georgia, who they draw as their rotating cross-division opponent from the East.

Florida’s biggest test outside of its SEC slate is its annual match with Florida State, who is a lowish No. 18 in Steele’s rankings. The Gators must travel to Tennessee, but get LSU, Missouri and South Carolina at home. From the West, they draw Mississippi State, meaning they avoid Alabama and Auburn altogether.

Most Difficult: Louisiana (No. 85 in the FBS)

The Ragin Cajuns have road dates booked at both Mississippi State and Alabama in September. From across the Sun Belt in the East division, they have games at Appalachian State and Troy – the two frontrunners.

Compare that to Troy, who does have to travel to Nebraska in Week 3, but draws South Alabama and Texas State from the West, the two bottom dwellers in Steele’s predictions.

You gotta have complete respect to Tulsa for playing that schedule and while they do take their lumps,they also go bowling pretty every year as well.

And BYU is not a power opponnet no matter how much the Big 10 wants to pretend otherwise……but even they are even better than Maryland.

Bill – Why all the hate on Maryland? They went to Austin week 1 last year and beat Texas but then lost their top two qb’s to injury within the first three weeks of the season. If they can keep their qb’s healthy, they definitely will go bowling this year.

When Northern Illinois and Tulsa have schedules equal to North Carolina and Wisconsin… Those are gutsy G5 school AD’s!

Well consider how uneven the playing field is for NIU and Tulsa compared to UNC and Wisconsin in ALL aspects of a college football program though no fault of their own and yeah,those ADs do deserve the praise given them.

When making any analysis, just remember that some P5 programs have had other P5 programs cancel on them with short notice, leaving them to scuttle for a fill in game. e.g. Texas A&M cancelling on Oregon. (Georgia and Kansas State did this to Oregon as well, in the not to distant past).

For the Big 12, I would put quotation marks around “Easiest” because drawing Boise State, even at home, is no picnic.

I wold question Wisconsin having the easiest schedule in the Big Ten. The reason is because Iowa has what is considered a pretty easy schedule. I guess it is easy when the top opponents are Wisconsin, Penn State, and Iowa State. However, they don’t face the big three of Michigan, Michigan State, and Ohio State.

Brah…BYU better than numerous “P5” (what an awful designation) teams. Currently and historically.

Keep up man, you can do it I promise!