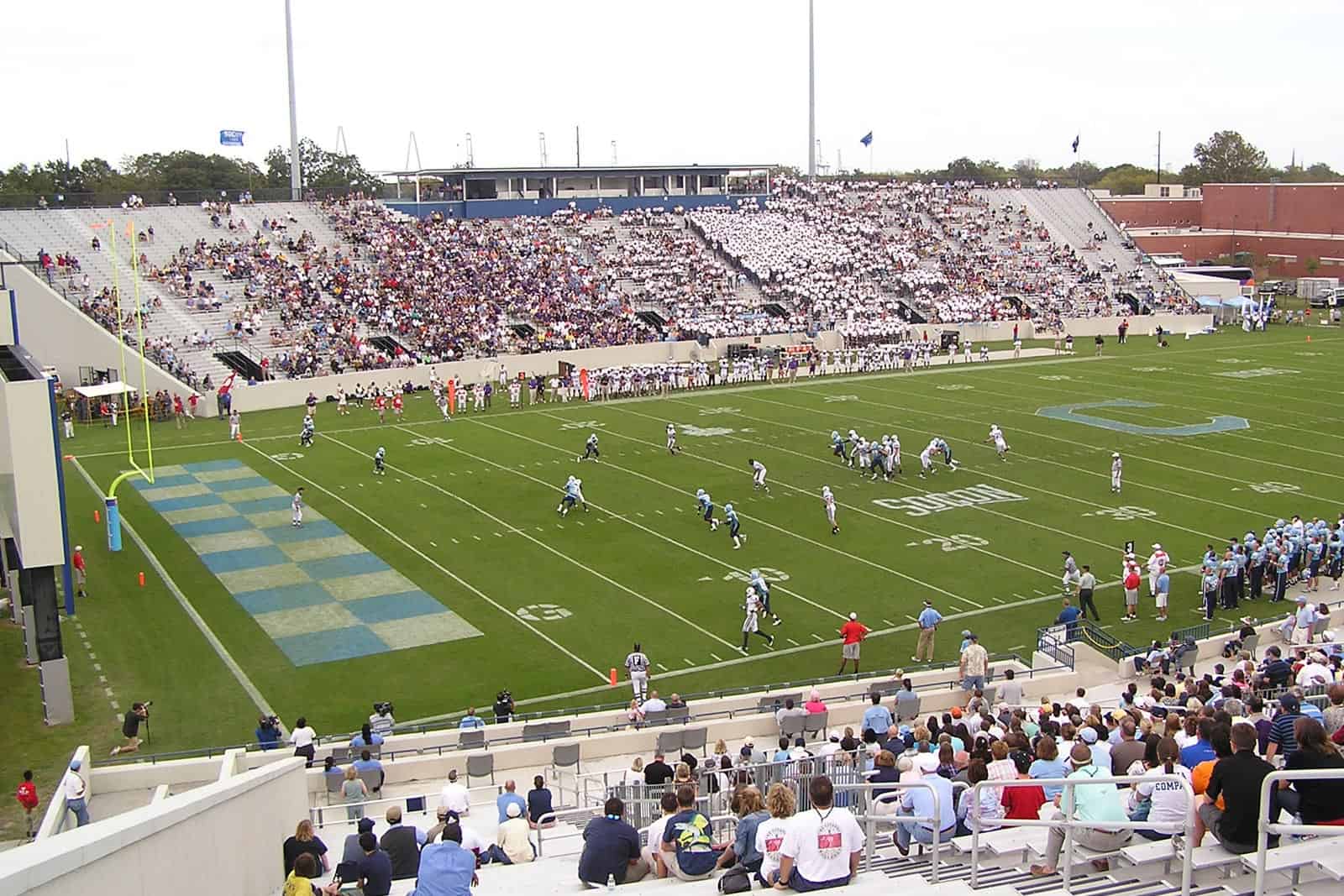 The Citadel Bulldogs have added six opponents to their future football schedules, according to a report by The Sports Arsenal.

The Citadel, a military college in Charleston, S.C., is a member of the Southern Conference in the Football Championship Subdivision (FCS).

According to copies of contracts The Sports Arsenal obtained from The Citadel, the Bulldogs have added road contests at Ole Miss, at Navy, and at Army (two games). The Bulldogs have also added home-and-home series with South Carolina State and Gardner-Webb and a single home game against North Greenville to their future football schedules.

Below are the six opponents (nine games total) The Citadel has scheduled with details on each game or series:

The Citadel and South Carolina State have scheduled a home-and-home series that will begin on Sept. 23, 2023 at SC State’s Oliver C. Dawson Stadium in Orangeburg, S.C. The series will conclude when The Citadel hosts SC State at Johnson Hagood Stadium in Charleston, S.C., on Sept. 7, 2024.

The North Greenville Crusaders, who compete in Division II, will travel to take on The Citadel on Sept. 14, 2024. The Bulldogs will pay the Crusaders a $40,000 guarantee for the contest.

The Citadel and Gardner-Webb have scheduled a home-and-home series that will begin on Sept. 13, 2025 at GWU’s Ernest W. Spangler Stadium in Boiling Springs, N.C. The series will conclude when The Citadel hosts Gardner-Webb three seasons later on Sept. 2, 2028.

According to the The Sports Arsenal report and a previous report from the Post & Courier, The Citadel is also in the process of scheduling a game at Clemson for the 2028 season, but the contract is not yet finalized.

$200K seems really low for an FBS guarantee, especially in those future dollars.

They are both military institutions, so that is a likely factor in the amount.