The 9 top ten matchups in college football in 2020, according to Vegas 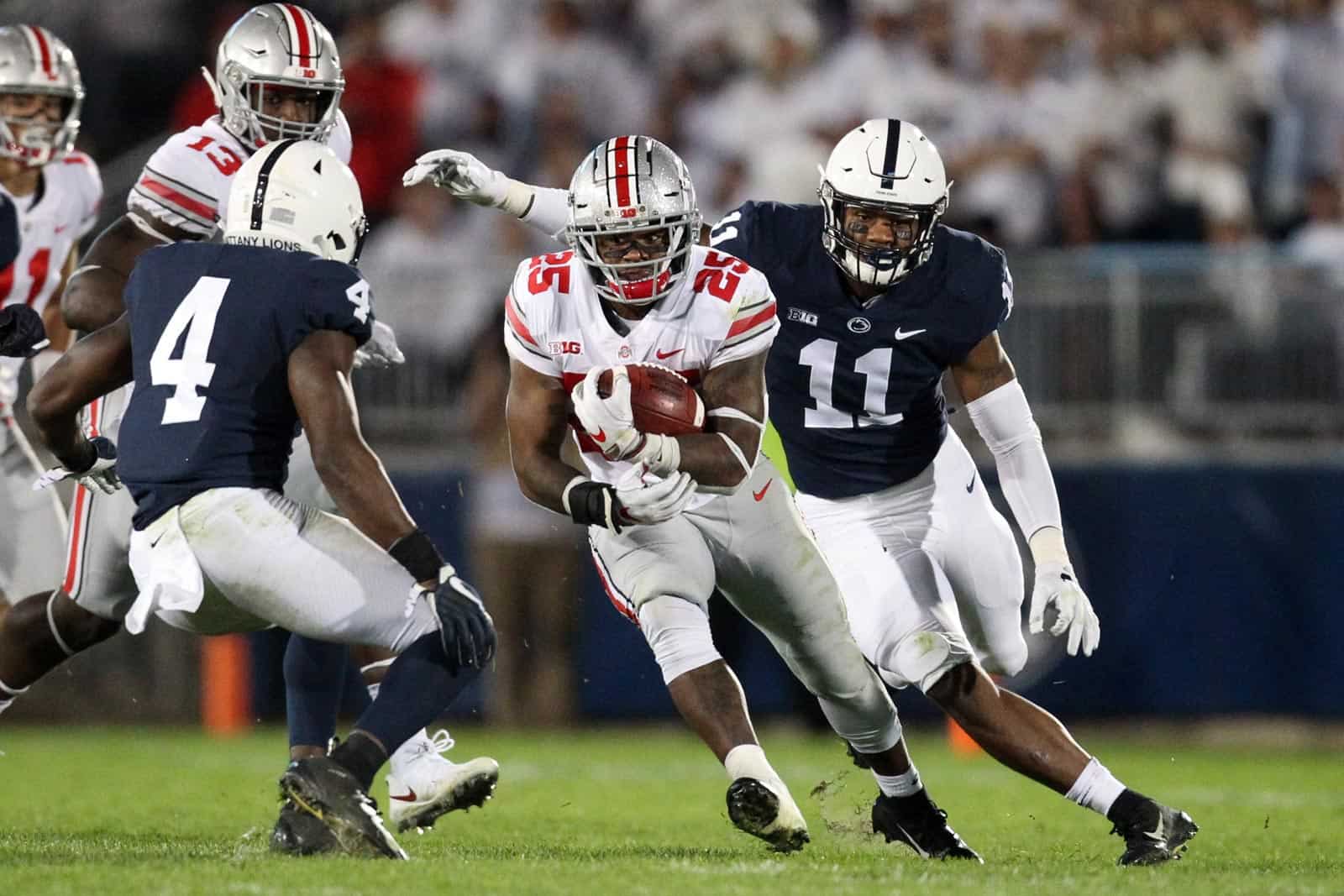 The oddsmakers have spoken and listed the 32 college football teams with the best chance of winning a national championship in 2020.

If we utilize this metric to field a Top Ten there are nine games slated this season where one of Vegas’ top odds getters will square off with another. These are, at least from the safe shores of the preseason, the biggest games on tap for 2020.

A rematch of the 2014/15 CFP National Championship game and the 1957/58 Rose Bowl, Oregon has squared off with Ohio State nine times and never won. The Ducks knocked off a member of the Top Ten as recently as last season when they beat (5) Utah in the Pac-12 title game. The Buckeyes downed three such opponents, in consecutive appearances, last season – (9) Penn State 28-17 at home, (10) Michigan 56-27 in Ann Arbor and (10) Wisconsin 34-21 in the Big Ten championship. Ohio State and Oregon are slated to meet again next season, this time in Columbus.

A rematch of the 2017 SEC Championship (a 28-7 win for Georgia), the Tigers and Bulldogs (also permanent cross-division rivals) have clashed consecutively since 1944. Georgia leads the all-time series 60-56-8, has won three-straight and eight of the last ten. The Bulldogs haven’t fallen to a Top Ten opponent during the regular season since losing 40-17 at (10) Auburn on Nov. 11, 2017. The Tigers last win over a Top Ten foe came in the 2019 season finale, a thrilling 48-45 victory vs. (5) Alabama.

These two have met consecutively since Penn State joined the Big Ten in 1993. A rematch of the 1980 Fiesta Bowl (a win for the Nittany Lions), Ohio State leads the all-time series 20-14, has won three-straight and nine of the last 11. Penn State hasn’t bested a Top Ten foe since the 2016 Big Ten title game, a 38-31 win over then (6) Wisconsin. The Buckeyes haven’t lost to a Top Ten opponent in the regular season since Sept. 9, 2017 when they hosted (5) Oklahoma and fell 31-16.

A rematch of the 2011/12 BCS Championship game, the Crimson Tide and Tigers have met consecutively since 1964. Alabama holds a commanding 53-26-5 lead in the all-time series. LSU’s win last season snapped an eight-game losing streak. Both teams were ranked in the AP Top 25 for the last 14 meetings, with both in the Top Ten on eight of these occasions. The last time one of the two wasn’t ranked at game time was in 2006 when unranked Alabama fell 28-14 at (12) LSU.

What are some of the games you would put on your personal Top 9 list? I’m not criticizing you. Just asking for your opinion. :)

My sincere apologies. I also misunderstood the article as well. Not very good reading comprehension on my part.

Why isn’t Clemson at Notre Dame on this list?

Because Notre Dame is listed 12th in the odds rankings.

7 SEC Top 10 Games means 7 losses to spread out among those five Top 10 teams. It could get very interesting.

Could mean no SEC in the PlayOffs…