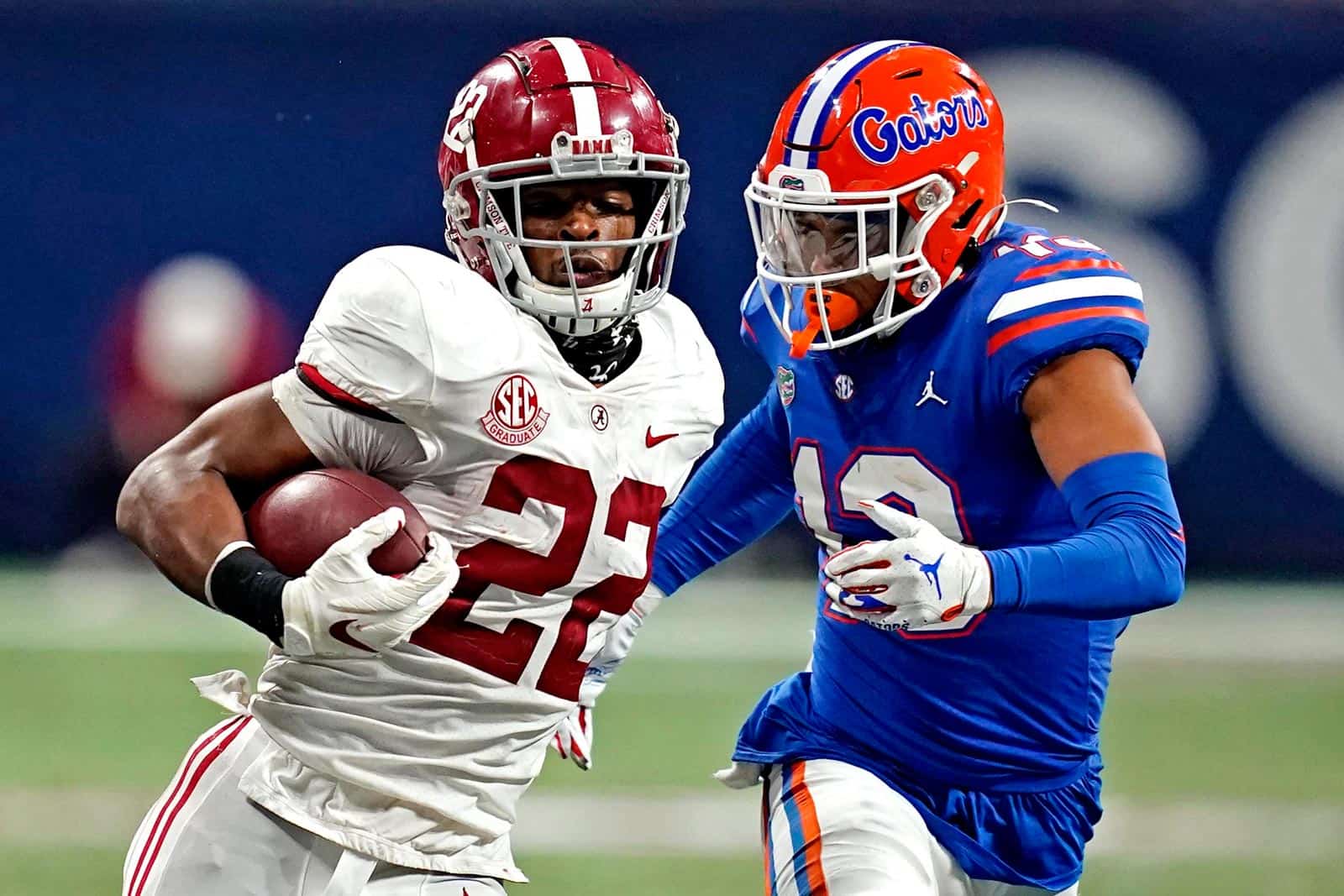 While the AP and the Coaches polls are voted on by a group of subjective experts (they’re only human after all) the oddsmakers in Vegas put their money where their mouths are.

It may be the most realistic way to gauge which teams are poised to make a run.

Using this metric and still four months from the season even kicking off, there are nine Top 10 matchups on tap in 2021. Of these, a whopping six (or 66%) are SEC games. What remains are a mere two non-conference contests and one Big 12 matchup.

Alabama, Florida, and LSU are all tasked with three Top Ten opponents apiece while Georgia and Texas A&M have two such games. The only member of Vegas’ Top Ten to not have a Top Ten foe slated is Ohio State.

The second of the only two non-conference matchups listed, Notre Dame and Wisconsin haven’t played in 57 years – a 1964 regular season game in Madison. The Irish beat a Top Ten opponent in regular season play as recently as last year, out lasting (1) Clemson 47-40 at home. For the Badgers it was the 2019 regular-season finale, a 38-17 win at (9) Minnesota. The two have no future dates booked.

Texas A&M has beaten fellow West division member Alabama only once since joining the league, edging the Tide 29-24 in Tuscaloosa in their inaugural SEC campaign in 2012. The Aggies went 1-1 vs. the Top Ten in 2020, losing 52-24 at (2) Alabama but bouncing back the next week with a 41-32 win over (4) Florida at home.

LSU and Alabama were both ranked in the Top Ten coming into seven of their last 11 meetings. Of these, both were ranked in the Top 5 on five occasions with three of these being a No. 1 vs. No. 2 matchup. The Tigers downed the Tide in Tuscaloosa as recently as 2019, a 46-41 win during their latest championship run.

Series history: first played in 1899 – LSU leads 34-22-3 but the two have split the last four, the home team winning on each occasion.

Side comment… since 10th place is a tie, this is the top eleven. :)
.
Interesting that five of the top nine are SEC. We’re down to the Power 3 + Clemson + Notre Dame.