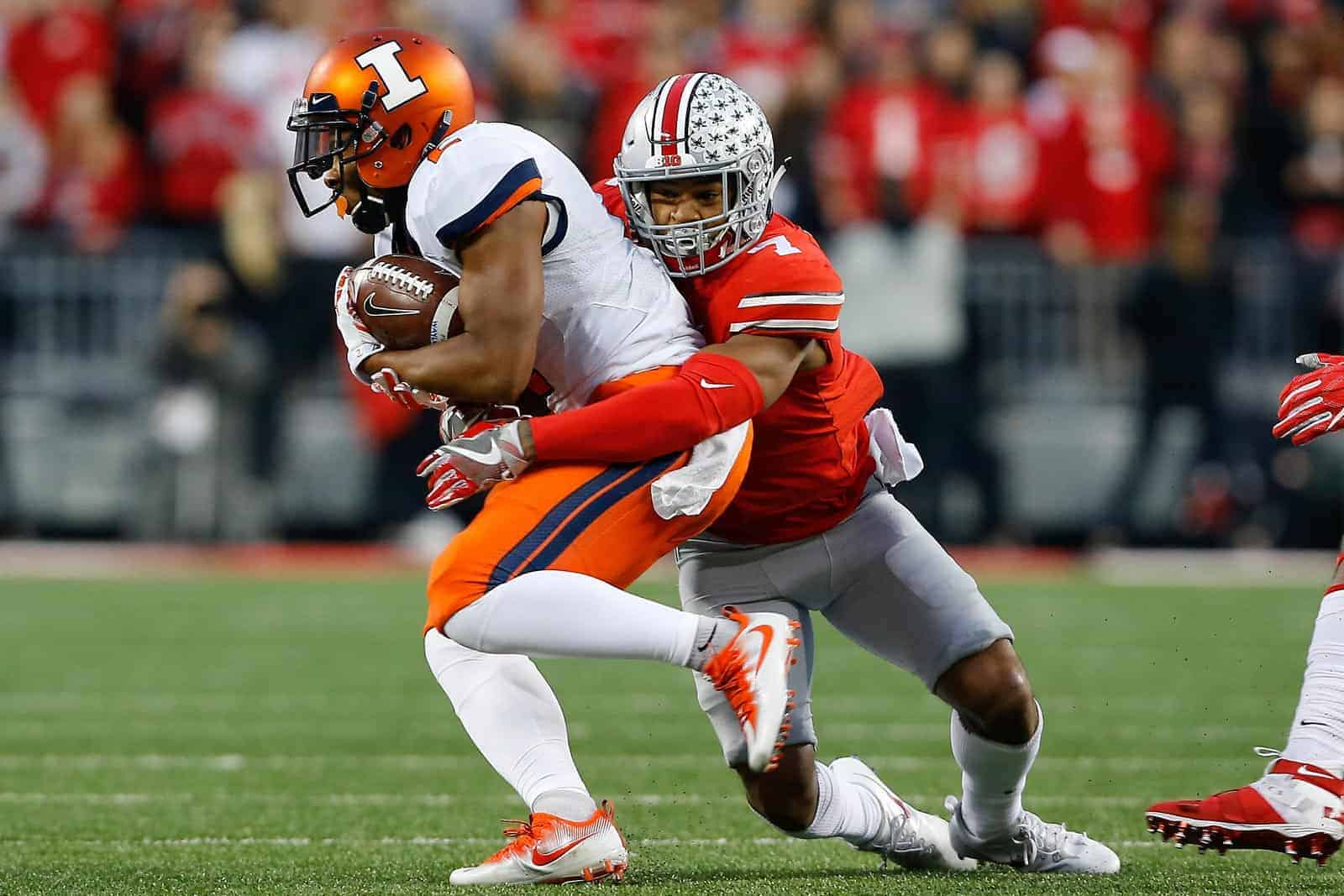 Though much has been said about the rivalry games lost to the wave of conference realignment from 2010-13, the cost associated with leagues transitioning into a divisional format has been underplayed.

Though some historic matchups are protected by the permanent cross-division rivalry scheme in the ACC and SEC (as well as Indiana/Purdue in the Big Ten and the four California schools in the Pac-12), others are now only played on a rotating basis.

The matchups listed here are the longest-running, most-consecutively played series that are no longer scheduled annually because, as of now, the two teams are unprotected members of opposing divisions.

As a note, the Big Ten’s split into divisions isn’t as straightforward as its counterparts because it happened twice. First, in 2011, it divided itself into “Leaders” (Illinois, Indiana, Ohio State, Penn State, Purdue and Wisconsin) and “Legends” (Iowa, Michigan, Michigan State, Minnesota, Nebraska and Northwestern). In 2013, it added two schools and shuffled into its current “East” and “West” format.

The Buckeyes and Badgers have shared conference membership since 1913, when Ohio State joined Wisconsin in the Western Conference, the precursor to the Big Ten. Despite their placement in opposite divisions in 2013, the two have met three times in the last four years, but two of these (in 2014 and 2017) were in the Big Ten championship game. The last regular-season meeting was in 2016 in Madison. The two aren’t slated to meet again until 2019 in Columbus.

The Buckeyes lead all-time 59-18-5 and have won six straight. They also own the longest winning streak in the series, reeling off 21 consecutive wins over the Badgers from 1960-80.

Alabama joined the Southern conference in 1921 and Vanderbilt followed suit in 1922, both signed on as charter members of the SEC in 1933. It amounts to 97 years of shared conference membership. Though the two met as recently as last season, before that is was 2011. They aren’t slated to meet again until 2022 in Tuscaloosa.

The Crimson Tide have won 22 straight over the Commodores and lead the all-time series 59-19-4. Vandy last won in 1984 on the road and hasn’t won in Nashville since 1969.

The Tigers lead all time 43-38-2 and have won three straight. Arguably the most competitive matchup on our list, Florida’s longest winning streak came during a seven-game stretch from 1995-2000 while Auburn’s was a six-game run from 1912-17.

In a similar beginning to the SEC matchups, NC State joined the Southern conference in 1921 and was joined by Duke in 1928. The two stuck around until 1953 when both signed on with the ACC. It amounts to 90 years of shared conference membership. The two schools are also located a mere 25 miles apart.

One of the costs of the ACC divisional split was that the four North Carolina schools were separated – NC State and Wake Forest to the Atlantic and UNC and Duke to the Coastal. The conference protected North Carolina-NC State and Duke-Wake Forest, but relegated Duke-NC State and UNC-Wake (which is mentioned next) to a rotating basis.

The Blue Devils and Wolfpack haven’t met since 2013. They aren’t slated to meet again until 2020, also their only scheduled game through 2024. Duke leads the all-time series 41-36-5 and has won two straight.

The other half of the ACC North Carolina divorce, UNC joined the Southern conference in 1921 and Wake Forest followed in 1936. They also joined both the ACC in 1953. Though the two have met as recently as 2015, the schools don’t meet in conference play until 2022 in Winston-Salem. The two campuses are located 80 miles apart.

To alleviate that gap, North Carolina and Wake Forest scheduled a rare non-conference series for the 2019 and 2021 seasons.

The Tar Heels lead the all-time series 69-35-2 but the two have split the last four, the home team winning on each occasion.

Michigan and Minnesota’s shared conference membership dates all the way back to 1896, when both signed up with the Western conference. That began a 122-year union, broken-up only briefly by a 10-year stint (from 1907-16) when the Wolverines went independent. The good news is, the battle for the Little Brown Jug has been played four times since the Big Ten went to its East/West format in 2013. The bad news is, its not slated again until 2020, also the only meeting through 2021.

Michigan leads the all-time series 75-25-3 and has won two straight. Though the Golden Gophers have scored a victory in Ann Arbor as recently as 2014, it hasn’t won at home in Minneapolis since 1977.

Like Minnesota, Illinois also joined the Western conference in 1896 and never looked back, eventually transitioning into the Big Ten in 1953. The Illini and Wolverines were separated in each of the Big Ten’s divisional formats since 2011, which means they’ve met only three times in the last seven seasons, most recently in 2016. Their next scheduled showdown is in 2019 in Champaign, also the only action slated through 2021.

Michigan leads all-time 70-23-2 and has won four straight. Illinois’ longest streak in the series was a four-game run from 1950-53.

Ohio State joined the Western conference in 1913, giving the Buckeyes and Illini 105 years of shared conference membership. As was the case with Ohio State-Wisconsin, the Bucks and Illini were co-members of the “Leaders” division and therefore didn’t get officially split until 2013. Impressively, they’ve managed to meet for the Illibuck in all but one year (2016) since then. Looking ahead, the rivalry will take its second-longest break ever, not meeting again until 2020.

I’d be all for the B1G to go to 10 conference games since there are now 14 members, +1 additional (ACTUAL) P5 and 1 game of their choice.

AUBURN-TENNESSEE was continuous from 1956 to the division split in 1991. That was great rivalry game lost to Bama’s insistence for Auburn in the West.

Pardon my ignorance but if it wasn’t for Alabama’s insistence that Auburn be slotted in the West division, which team would have been placed there?

I believe Vanderbilt was under consideration.

Actually this list is rather weak. None of the 8 games seem more important than Indiana – Purdue which has not factored in the Big 10 championship picture for a long time.

However the price of this is how infrequently some schools in the same conference play each other. I think Alabama only plays the SEC teams not named Tennessee once every 6 or 7 years. Of the SEC’s 8 conference games six are in division, one is permanent rival leaving one game for the other Division in the conference.

left out one of the longest rivalries in the country….WVU-Pitt……..well over one hundred games. Ended in 2011.

This piece is only about teams that are still in the same conference.

Big ten needs to drop its spare weight. Maryland is ok but Rutgers has actively hurt the conference since joining