The 7 toughest starts in college football in 2018 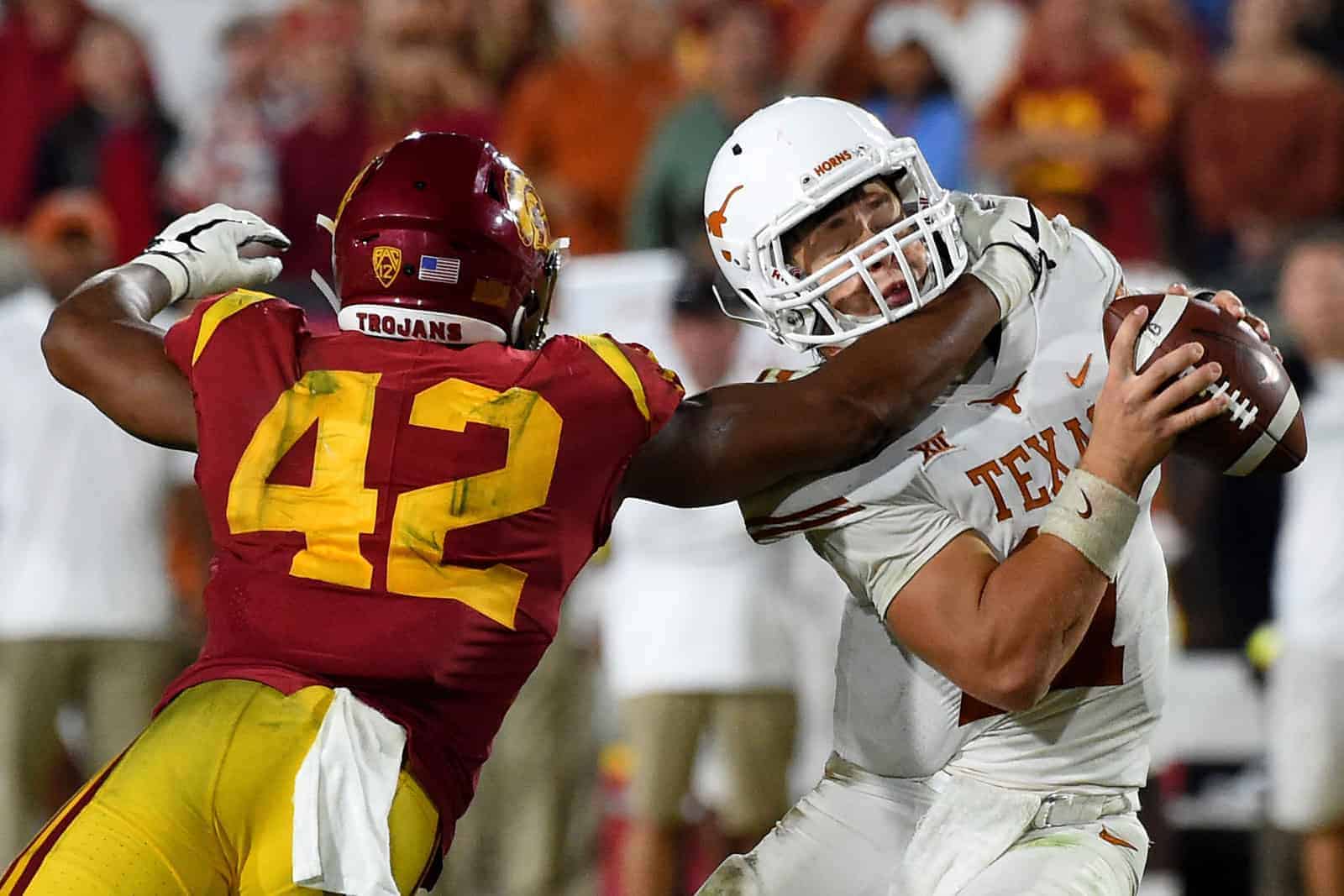 In April we identified eight Power programs that could start the season 3-0. The common thread was an opening schedule that was significantly easier than that of their counterparts.

This list is the opposite of that – a handful of teams which kickoff 2018 with a three, or in some cases four-opponent combination that could land them on the wrong side of .500.

While these teams won’t absolutely start 0-3, they may go 1-2 or 1-3. And that means if they begin to string together wins in late September/October, when their schedule strength evens out, they’ll be labeled as teams that “turned things around” or “improved after a rough start.”

Remember friends, all schedules are not created equally.

BYU is one of only three programs in the FBS which will start the season with three consecutive Power opponents. The Cougars are also one of only two teams nationally who get two of these games on the road.

On top of that, BYU will visit a Top Ten team in the preseason rankings in Wisconsin. ESPN has the Badgers at No. 7 in its post-spring Top 25 and Phil Steele has them at No. 6 in his preview magazine’s Preseason Top 40.

No stranger to tough starts, BYU played four consecutive Power programs to kickoff the 2016 season. After edging Arizona in the opener, the Cougars lost three-straight at Utah, vs. UCLA, and vs. West Virginia. Despite the 1-3 start, they went 7-1 down the stretch and beat Wyoming in the Poinsettia Bowl to finish 9-4.

Colorado State is one of six FBS programs that will start the season a week early with a game on Saturday, August 25. Though they’ve won seven-straight over Hawaii, the Rams have lost three consecutive and 11 of the last 15 to Colorado.

The Rams haven’t played three consecutive Power opponents since 2004, when they opened with losses at Colorado, at (1) USC and vs. (22) Minnesota. That team went 4-4 down the stretch and finished 4-7.

The Huskies have dropped four-straight to Central Michigan. They are 0-1 all time vs. the current Pac-12 and 1-11 vs. the ACC, the only-ever win coming in a 42-41 shootout over Wake Forest in DeKalb in 2002.

The second of the three FBS teams with three consecutive Power opponents to open 2018, Ohio State’s situation is eased by getting a pair of struggling opponents in Columbus. Oregon State hasn’t posted a winning record since 2013 and Rutgers hasn’t gone above .500 since 2014.

Things ramp up for the Buckeyes in Week 3 when they visit TCU at AT&T Stadium, the home of the Dallas Cowboys. Both ESPN and Phil Steele have the Horned Frogs at No. 20 in their preseason rankings.

Ohio State hasn’t opened a season with three Power opponents since 1995. The Bucks started that year with wins over (22) Boston College, (18) Washington, and at Pitt. After back-to-back losses at (18) Michigan in the season finale and to (4) Tennessee in the Citrus Bowl, they finished 11-2 and No. 6 in the final AP poll.

SMU is one of only two teams on our list who’ll likely face two ranked foes in the first three weeks of play. Michigan is No. 10 in ESPN’s rankings and No. 11 in Phil Steele’s Top 25. As mentioned above, TCU is at No. 20 in both sets of predictions.

The Mustangs knocked off a top-ranked team as recently as 2016 when they upset (11) Houston 38-16 as 22-point underdogs. They haven’t beaten a member of the Top 25 that was a Power conference member at game time (they beat No. 20 TCU when it was still a Mountain West member in 2011) in 32 years. That was in 1986, when the old Southwest Conference was still going strong, and the ponies traveled to (13) Baylor and won 27-21.

SMU tied Ohio State in 1978, but it hasn’t knocked off a current member of the Big Ten since 1970 when it edged Northwestern 21-20 in Evanston. It has won three-straight over North Texas and 11 of the last 14.

Even though USC is 1-0 all-time vs. UNLV and 30-1-1 vs. the current Mountain West, it’s got perhaps the toughest Week 2 and Week 3 in all of college football.

First up, the Trojans head to Stanford, which is No. 14 in ESPN’s rankings and No. 15 in Phil Steele’s. They’ve only won one road game vs. the Cardinal in the last four tries. Then it’s on to Austin to face a Texas team that’s No. 22 according to ESPN and a lofty No. 10 in Steele’s estimation. Though they edged the Longhorns 27-24 last season, that was a home game against an unranked opponent. 2018 is a totally different situation.

The last time USC played two ranked opponents on the road during the first three weeks of the season was in 2016. That team opened with a blowout loss to (1) Alabama in Arlington, Texas, beat Utah State handily in Week 2, and then lost 27-10 at (10) Stanford in Week 3. The Trojans lost the next week at (24) Utah and then strung together seven consecutive wins and a Rose Bowl victory over (5) Penn State to finish 10-3 and No. 3 in the final AP.

The last of the three teams to kick off 2018 with three consecutive Power opponents, UTSA, like BYU, doubles-up with two road games.

UTSA also opened the 2015 season with three straight big boys, losses at (22) Arizona, vs. Kansas State, and at (25) Oklahoma State.

Oregon State and Rutgers might be Power 5s, but there are plenty of Group of 5s that would slaughter both of them, so Ohio State doesn’t have a tough start. tOSU will be 2-0 when it takes on TCU. Book it.

Rutgers is better than their W – L numbers indicate since they play the roughest schedule in all of CFB:
Ohio State
Wisconsin
Penn State
Michigan
Michigan State
Indiana
Northwestern
Compare that to the 10 no name unranked cupcakes Alabama EbbTide plays…

I will agree that they’re getting better though, they went from 2-10 to 4-8, congrats!