The 7 toughest cross-division schedules in college football in 2020 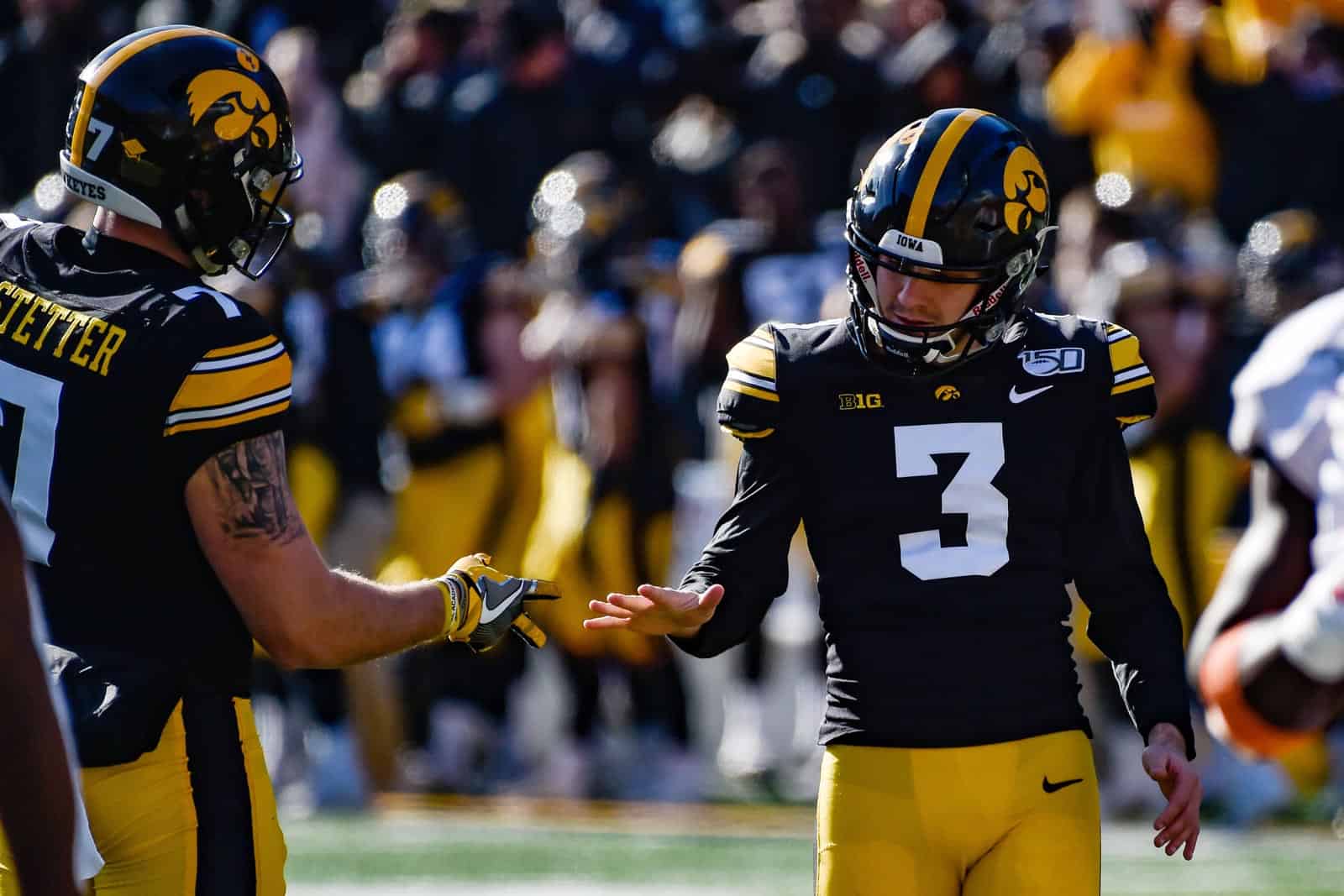 Of the 54 Power 5 members who have a cross-divisional element of their schedule, only seven (or 13%) will play two of these games against opponents ranked in ESPN’s Way-Too-Early Top 25.

Of these, five hail from the Big Ten and two are SEC members. The ACC and Pac-12, with only two representatives mentioned in the rankings apiece (each from the opposing division), are not a part of the mix. That leaves the Big 12, which doesn’t have divisions.

It’s yet another under-the-radar scheduling caveat with the potential to impact not only wins and losses but championships.

The Spartans are set to play two of the three Big Ten West teams ranked in ESPN’s Way-Too-Early poll. The upside is, they avoid the highest ranked of the trio, Wisconsin, which came in at No. 13.  Their last win over a ranked opponent came in 2018 when they visited (8) Penn State and won 21-17. They’re 0-6 since.

Compare Michigan State’s cross-division slate to that of fellow Big Ten East member Penn State, which also draws (20) Iowa (at home) but combines that with Nebraska and a roadie at Illinois.

The Terps draw the top two ranked squads from the West but they get them both at home. They beat a ranked opponent as recently as last season, destroying (21) Syracuse 63-20. They’ve never beaten a ranked Big Ten opponent in conference play, posting a 0-21 mark since joining the league in 2014.

Compare Maryland’s schedule with Rutgers, which has games vs. Illinois, at Purdue and vs. Nebraska.

Like Maryland, Michigan gets the top two ranked teams from the West, but they up the ante by playing one of the two games on the road. The Wolverines were 1-3 vs. ranked Big Ten opponents last season – losing at (13) Wisconsin, at (7) Penn State and vs. (2) Ohio State. The sole win was a 10-3 victory over (14) Iowa in the Big House.

Compare Michigan’s cross-division slate with Ohio State’s, which does draw (20) Iowa at home but softens that minor blow with games vs. Nebraska and at Illinois.

South Carolina adds a visit to Baton Rouge to play the defending national champs to its standing date with permanent cross-division rival (11) Texas A&M. It beat a top-ranked SEC opponent as recently as last season when it strolled into Athens and knocked off (3) Georgia 20-17.

Compare the Gamecocks’ slate with that of fellow SEC-East member Missouri, which draws a game at Mississippi State to go along with its annual clash with Arkansas.

Georgia adds a road trip to Tuscaloosa to its regularly scheduled meeting with permanent cross-division rival (14) Auburn. The Bulldogs were a perfect 4-0 vs. ranked opponents during the regular season last year – taking down (7) Notre Dame, (6) Florida, (13) Auburn and (24) Texas A&M.

Compare Georgia’s schedule vs. the SEC-West with Florida, which adds a game at Ole Miss to its regular date with LSU.

Compare the Cornhuskers’ cross-division schedule with that of fellow Big Ten West member Minnesota, which has dates at Maryland, vs. (15) Michigan and at Michigan State.

Like Nebraska, Iowa draws the two top ranked teams from the Big Ten East in cross-division action. The Hawkeyes trump the Huskers in difficulty by playing both the Buckeyes and Nittany Lions on the road in back-to-back weekends (Oct. 10 and Oct. 17). It also gets a visit from Michigan State in place of Nebraska’s road trip to Rutgers.

Compare it’s Big Ten East slate with that of Wisconsin’s. The Badgers are set to play vs. Indiana, at (15) Michigan and at Maryland.

Back to back trips to Columbus and State College for the Hawkeyes. Ouch.

The Big Ten Conference should assign permanent crossovers for all of its teams. The pairings (with east division team listed first) are Indiana-Purdue, Maryland-Northwestern, Michigan-Minnesota, Michigan State-Iowa, Ohio State-Illinois, Penn State-Nebraska, and Rutgers-Wisconsin.

Andy Moser you must be an LSU fan. You want to just give LSU the West while Alabama, Auburn, Uga and Florida have a deathmatch in the East?

…Or a Bammer… That UT crossover sure is fun, hey? See you in a few years at The Camp.

The SEC should follow the same conference scheduling format that the B1G has done since 2016. Nine conference games consisting of six divisional games, one crossover game, and two rotators from the opposite division.

This format allows all teams to play those from the opposite division (minus their crossovers) twice in six years for a total of twelve games (six home, six away). It is the perfect concept for a 14-team league to schedule conference play.

The issue is you have a handful of teams that have in-state rivalry games with ACC teams. They wouldn’t be able to schedule any other Power 5 team and keep a seven game home schedule if they moved to a nine game conference schedule. Look at Iowa for example. They’re stuck with Iowa State as their lone Power 5 game for the foreseeable future in order to keep a seven game home schedule.