The 12 most lopsided conference matchups in college football 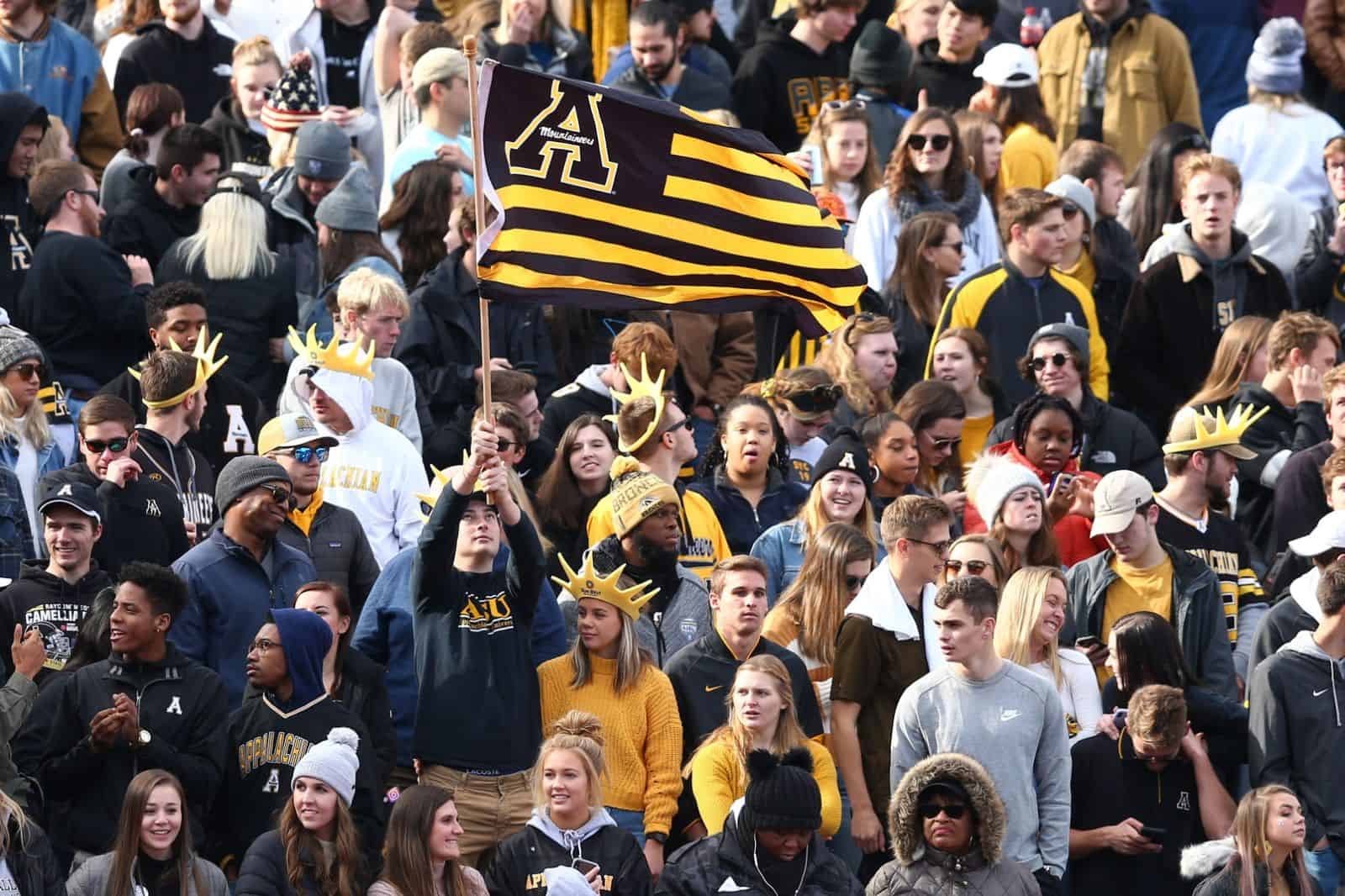 While it’s one thing to have been consistently dominated by a conference opponent, it’s another thing to have never, ever beaten a league foe.

The following matchups, all scheduled for 2020, feature conference opponents which have met at least six times previously, with one team winning every game in the series.

Four of the 12 combos include Sun Belt programs and two apiece hail from the ACC, Big Ten and Mountain West. That leaves the Pac-12 and SEC, which each have one representative apiece. The Big 12, American, C-USA and MAC have no such matchups.

Coastal Carolina first fielded a football team in 2003 via the FCS’s Big South Conference. In 2017, it moved up to the FBS as members of the Sun Belt. Since then, it’s played Appalachian State three times — twice in Boone and once at home in Conway. The two also met in 2012, 2006, and 2005 when both were FCS programs. These contests were all played at App State. The closest the Chanticleers have come to besting the Mountaineers was a 37-29 loss in 2017.

Georgia State kicked off its football operations in 2010 as an FCS program and landed in the FBS via the Sun Belt in 2013. It’s played Appalachian State every season since 2014, three games apiece in Atlanta and Boone. The nearest it’s come to breaking the streak was in 2016 when it fell 17-3 at App State.

After eight seasons in the Big East, Louisville spent 2013 as an American Athletic member before joining the ranks of the ACC Atlantic in 2014. Since then, it’s lost six straight to Clemson — also the only six times it’s ever played the Tigers in football. The closest the Cardinals have come was in 2015 when they, as an unranked team, got edged 20-17 by the then-11th ranked Tigers at home. They’ve lost the last three by a combined margin of 169-47.

Maryland had been a member of the ACC for 61 years when it jumped ship to the Big Ten in 2014. It landed in the East division and reeled off six losses to the Buckeyes, who were ranked in the AP Top Ten before all but one of the games. In 2018, the Terps got within one-point of an epic upset, falling 52-51 at home in overtime. They lost the other five contests by a combined margin of 298-83.

Like Maryland, Rutgers joined the Big Ten East in 2014 and since then have dropped six straight to the powerhouse Buckeyes. The Scarlet Knights’ path, like Louisville, went via a long stretch in the Big East (1991-2012) and a single season in the American (2013). Unlike the Terps, Rutgers hasn’t come close to upsetting Ohio State, its best outing a 56-21 home loss last season. It got dominated in the 2016 and 2017 contests by a combined score of 114-0.

South Alabama first fielded a football team in 2009 and made it to the FBS ranks quickly, joining the Sun Belt in 2012. Georgia Southern, on the other hand, has been appearing on the gridiron since 1924, moving up to the FBS Sun Belt in 2014 after winning six FCS National Championships (from 1985 to 2000). All six games between the Jaguars and Eagles have been played as conference games, three apiece at each school. The narrowest margin came last season when Georgia Southern won 20-17 in Mobile.

The Aggies and Gamecocks had never met on the football field prior to A&M leaving the Big 12 for the SEC in 2012. The two first clashed in 2014 as cross-division rivals, with the then-21st ranked Aggies destroying ninth-ranked South Carolina 52-28 in the season opener. The Gamecocks have come within a touchdown of winning their first-ever game in series history three times – falling 35-28 in College Station in 2015, 24-17 again at A&M in 2017, and then getting nipped 26-23 at home in 2018.

Texas State moved up to the FBS in 2012, spending its first season in the WAC and then joining the Sun Belt in 2013. Since then, it’s played Louisiana in consecutive years and lost on each occasion. Technically, the Ragin’ Cajuns are 7-0 vs. the Bobcats — the very first win, in 2013, was vacated due to infractions. The closest Texas State has come was a 42-27 decision at home in 2018.

Appalachian State joined the FBS ranks in 2014. Since then, it’s clashed with Louisiana six times during the regular season and twice (in 2018 and 2019) in the Sun Belt Championship game. The narrowest margin came in last season’s conference title game, a 45-38 win for the Mountaineers.

After a decade in the WAC, Boise State joined the Mountain West in 2011. Since then, its played Colorado State annually and never lost, earning five road victories and four home wins. The Rams have come within a touchdown of breaking the streak on three occasions – a 28-23 road loss in 2016, a 59-52 decision at home in 2017, and a 31-24 defeat, again in Fort Collins, last season.

All but one of San Jose State and Boise State’s 14 football meetings have been played as conference games. The two met consecutively as WAC members from 2001-10 and then have met three times since joining opposite divisions in the Mountain West (2015, 2016, and 2019). The very first meeting, in 1978, was played when the Spartans were members of the Pacific Coast Athletic Association and the Broncos were in the FCS Big Sky. The narrowest margin of victory came in 2006 when then-14th ranked Boise State visited San Jose and narrowly avoided being upset in a 23-20 decision.

Veeerrrrry funny!!! I know who was behind this post……*cough* UGa *cough*.

We’re going to break this streak this year!!! Boise is going down!!!

In the meantime,I’ll be the closet eating sugar packets.

I’d like to see a similar article, but one with a minimum of perhaps 20 matches. To me, going 19-1 against an opponent shows more dominance than 6-0.

My pick for the all time upset is Colorado over USC. App State and Boise will keep on rolling.