The 10 shortest road trips in college football in 2021 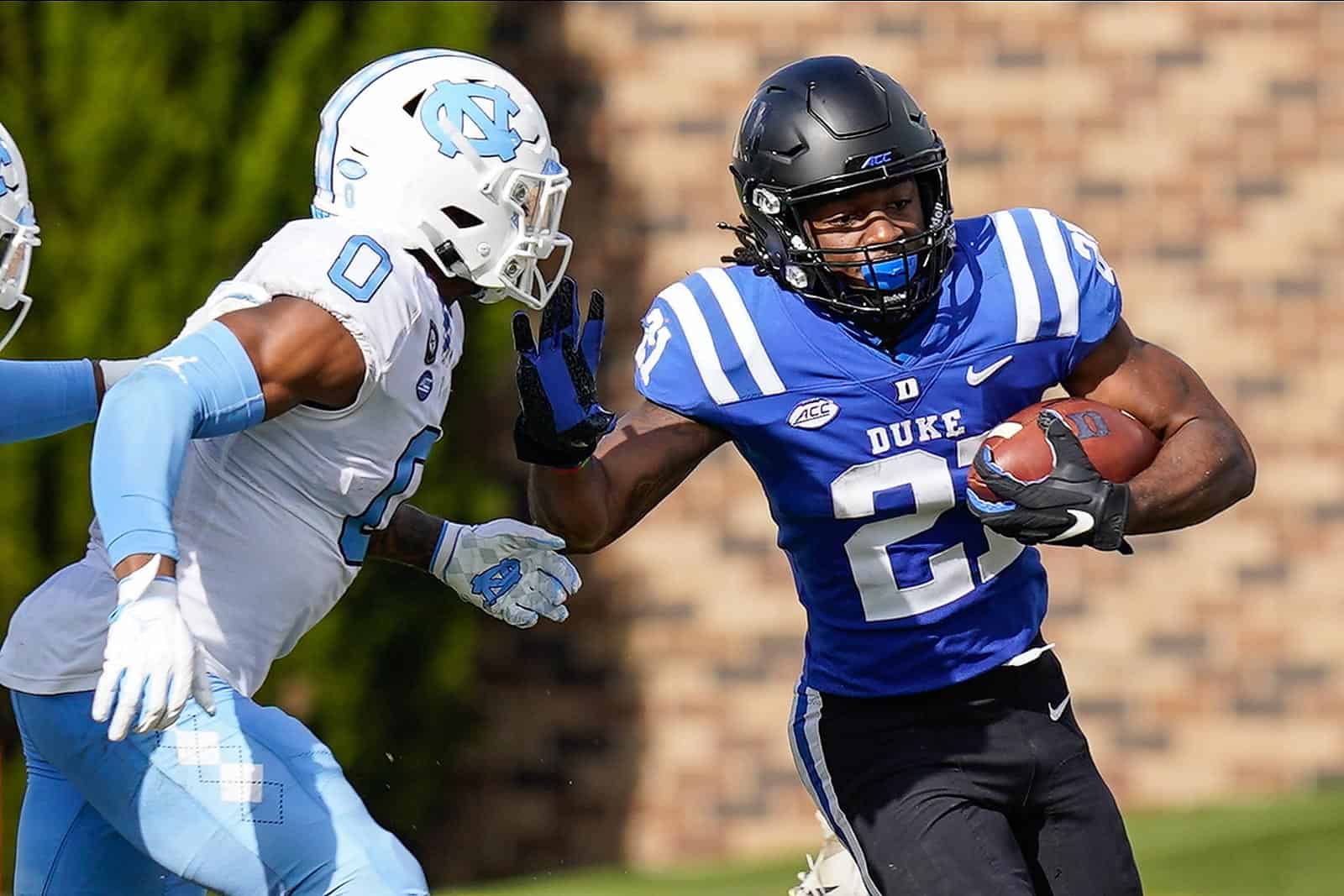 Of the 130 FBS programs, only 30 or so are located less than an hour’s drive from at least one other FBS member. It’s a nearness that, in sports and beyond, lends to both a rich history, and, in some cases, a heated rivalry.

It’s no coincidence that eight of the ten briefest road trips in 2021 come complete with a traveling trophy. The good news is, the trophy doesn’t have to travel far and everybody, including fans, gets to sleep in their own beds.

As a note, distances between campuses were calculated using Google Maps.

The only matchup on the list to feature teams from different states, the Miners will only have a quick 40-minute drive north on I-10 to get to their annual game with the Aggies. The two teams have met 97 times previously, playing consecutively from 2004-19 and 1946-2000. It’s an amazing run for two programs who have only shared conference membership once, from 1935-61 in the Border Intercollegiate Athletic Association.

The rivalry is dubbed the “Battle of I-10” and has two traveling prizes: (1). The Silver Spade – an old prospector’s shovel from an abandoned mine introduced in 1947 and upgraded to the current version in 1955 and (2). The Brass Spittoon (officially the Mayor’s Cup), which debuted in 1982 after a collaboration by the mayors of El Paso and Las Cruces.

Where SMU is in the heart of Dallas, the University of North Texas is located straight north of the DFW Metroplex in Denton. While the two programs have never shared conference membership, they have played consecutively since 2014 and met annually from 1922-29 and 1931-42. They have future dates inked thru 2025.

The campuses of TCU and SMU are located at opposite ends of the DFW Metroplex – the Horned Frogs are to the west in Fort Worth, and the Mustangs are eastward in Big D. The two programs shared membership in the old Southwest Conference from 1923-95 and the WAC from 1996-2000. Despite currently being in different leagues, they’ve managed to play consecutively from 2001-05 and 2007-19 and have future dates booked through 2024.

The Frogs and Ponies play for an Iron Skillet, a tradition that began in 1946 to prevent a wave of vandalism by fans. According to legend, the Skillet commemorates an SMU fan who was frying frogs’ legs at a tailgate. The tradition died over the years when the original cookware went missing but was revived in 1993 with the introduction of a new Iron Skillet.

Miami University’s campus is in Oxford, Ohio, approximately 30 miles northwest of Cincinnati and just five miles from the Indiana border. Before the pandemic cancelled the 2020 game, these two old rivals had played consecutively since 1906.

The Redhawks and Bearcats play for a Victory Bell. According to legend, the original Bell was taken from Miami’s campus (where it was rung to celebrate Redhawk victories) by Cincinnati fans in the 1890s establishing the tradition of the winning team retaining the bell. Today, the OG is back on display at Miami with a replica awarded to the winner of the annual game.

It’s a straight shot south on I-75 in northwest Ohio to get from Toledo’s campus (located just south of Detroit) to Bowling Green’s turf.  The two have played every year since 1948 (theirs is the only protected cross-division rivalry in the MAC) and compete for the I-75 Trophy which replaced the 31-year old Peace Pipe Trophy in 2011.

UNC’s Chapel Hill campus is located just northwest of Raleigh, home of NC State. Despite being positioned in different divisions in the ACC, the Tar Heels (from the Coastal) and the Wolfpack (from the Atlantic) play annually as permanent cross-division rivals.

While USC’s campus is located south of downtown Los Angeles, UCLA is west of the city, nearer Beverly Hills. The Trojans and Bruins – like Miami and Cincinnati – play for a Victory Bell. It dates to 1939 when the UCLA Alumni Association gave the Bell, a massive 295-pounder off a locomotive, to its alma mater. The Bruins rang the Bell after each football point for two seasons until 1941, when members of a USC fraternity disguised as UCLA fans, stole the bell during the season opener. After a series of shenanigans, the two schools signed an agreement before the 1942 game to award the bell to the winner of the cross-town rivalry. The recipient earns the privilege of painting the bell’s carriage its school colors.

Akron and Kent State are located just miles apart in Northeast Ohio, just south of Cleveland. The two compete for a Wagon Wheel which dates to 1946 when then Kent State Dean Raymond Manchester claimed he had possession of a buggy wheel that had belonged to the founder of the University of Akron. Though Manchester valued the Wheel, he stated he was “willing to put it up as trophy,” because, if his school and its rival were to meet on the gridiron, “there’s no danger of losing it.”

Duke’s campus in Durham is a quick drive northeast from North Carolina’s Chapel Hill home. The Tar Heels and Blue Devils are the third of the three short-distance rivals to compete for a Victory Bell, which, in this case, was established in 1948 by a cheerleader from each program to “foster friendly relations and eliminate vandalism.” The winning team also earned the right to paint the cart which holds the Bell their unique shade of blue. This practice lasted until 2014, when the Tar Heels took the Bell back from the Devils after a win in Durham and painted not only the cart Carolina blue but slathered the hue all over the visitor’s locker room as well as Duke’s practice field. The cart is now permanently painted to honor both schools.

Both Houston’s and Rice’s campuses are located just south of downtown Houston, technically within walking distance of one another. The two have shared conference membership twice – first from 1976-95 in the old Southwest Conference and again from 2005-12 in Conference USA. Their first-ever meeting marked the Cougars’ first league game as a SWC member while the 1995 contest was the final SWC game in history.

The two play for the Bayou Bucket, a prize that debuted in 1974 and honors their shared home city’s nickname, the “Bayou City.” They also have a home-and-home booked for 2022/23.

Agreed. These type of articles are interesting, entertaining, and uniquely informative.

There is an even closer series.

“The Battle Of The Ravine” in Arkadelphia, Arkansas.

The players literally(1) walk across the highway from their school to the other universities football stadium.

The MAC should protect Buffalo-Eastern Michigan too (based on both schools being located in Canadian border markets).

Thus, this could be the MAC’s Thanksgiving week schedule:

Interesting note about the UCLA-USC game. It’s a closer trip from the UCLA campus to a road game at USC’s L.A. Coliseum (about 14 miles) than it is for a home game at the Rose Bowl in Pasadena (about 25 miles).

Interesting note about the UCLA-USC game. It’s a closer trip from the UCLA campus to a road game at USC’s L.A. Coliseum (about 14 miles) than it is for a home game at the Rose Bowl in Pasadena (about 25 miles).

Shouldn’t Duke & NC State be on this list? They are only 23.8 miles apart.

They don’t play each other this season.