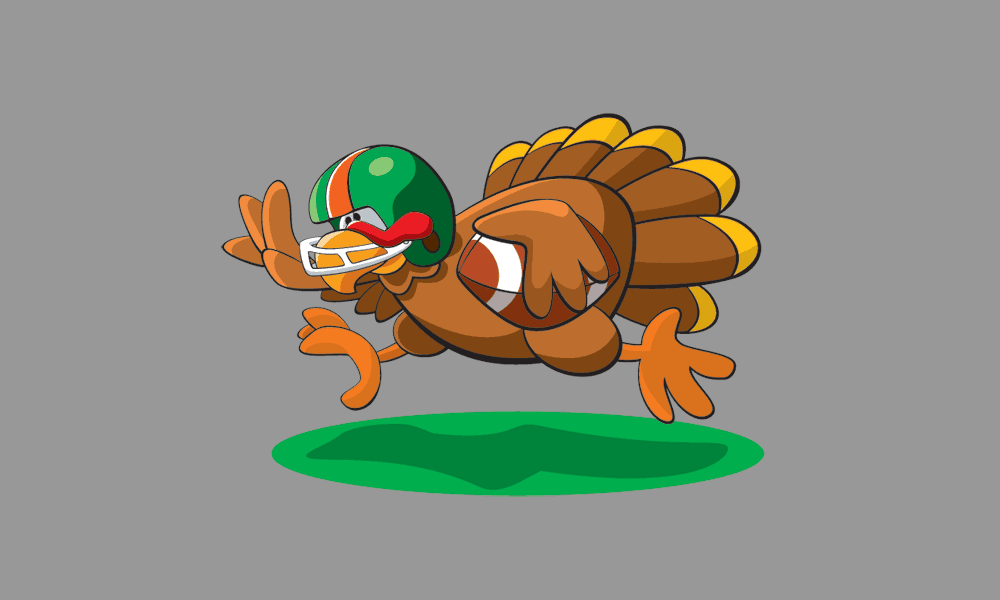 The Thanksgiving Football Schedule for the 2016 season has been set. The schedule includes all college football games and NFL games this holiday weekend.

Thanksgiving week is also Rivalry Week in college football. Some of the rivalry games on the Thanksgiving football schedule include Auburn at Alabama, Florida at Florida State, Georgia Tech at Georgia, Oklahoma at Oklahoma State, Michigan at Ohio State, Mississippi State at Ole Miss, Oregon at Oregon State, South Carolina at Clemson, and Washington at Washington State.

There are also some great NFL games on the slate, highlighted by three Thanksgiving Classic games: Minnesota at Detroit, Washington at Dallas, and Pittsburgh at Indianapolis.

Here’s how I want the actual Thanksgiving holiday to look football wise next year:

CBS would alternate airing FSU at Florida, Clemson at SC, or Louisville at Kentucky every odd year in the early time slot – the even years would always be Georgia Tech at Georgia in the late afternoon time slot