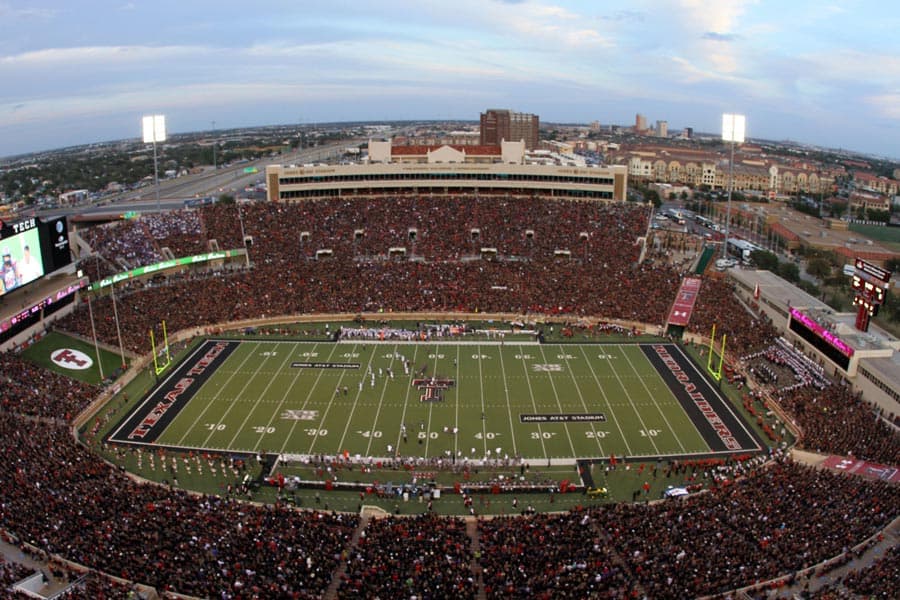 The Texas Tech Red Raiders and the UTEP Miners have scheduled a home-and-home football series for 2019 and 2020, RedRaiders.com has reported.

Texas Tech will host UTEP at Jones AT&T Stadium in Lubbock on Sept. 7, 2019. The Red Raiders will then travel to face the Miners at Sun Bowl Stadium in El Paso on Sept. 5, 2020.

The two schools meet this season in Lubbock on Sept. 12. The game is the second of a home-and-home series that began last season in El Paso.

Texas Tech and UTEP have met on the gridiron a total of 22 times. The Red Raiders lead the series 15-6-1 and have won six straight.

RedRaiders.com also reports that Texas Tech has added future games against Missouri State for Sept. 1, 2018 and Montana State for Aug. 31, 2019. In addition, a previously scheduled game at Wyoming has been pushed back one season from Sept. 3, 2022 to Sept. 2, 2023.

Texas Tech’s non-conference schedules are now complete through the 2020 season, with the exception of 2018 where only one game is needed.

For UTEP, the games scheduled against Texas Tech in 2019 and 2020 are the first for those two seasons.

Where are all the comments about the poor scheduling by Texas Tech? Is that only reserved for SEC schools?

Perhaps, however for this announcement I have no problem with them scheduling a local rival.

Seriously man! The SEC is a conference, not a school. And this story is about Texas Tech.

I said SEC schools, GEG not the SEC. Mississippi State got blasted for a 3 games series with UMass. But that is OK to blast and SEC SCHOOL

an not and……. before my dumb southern ass gets corrected