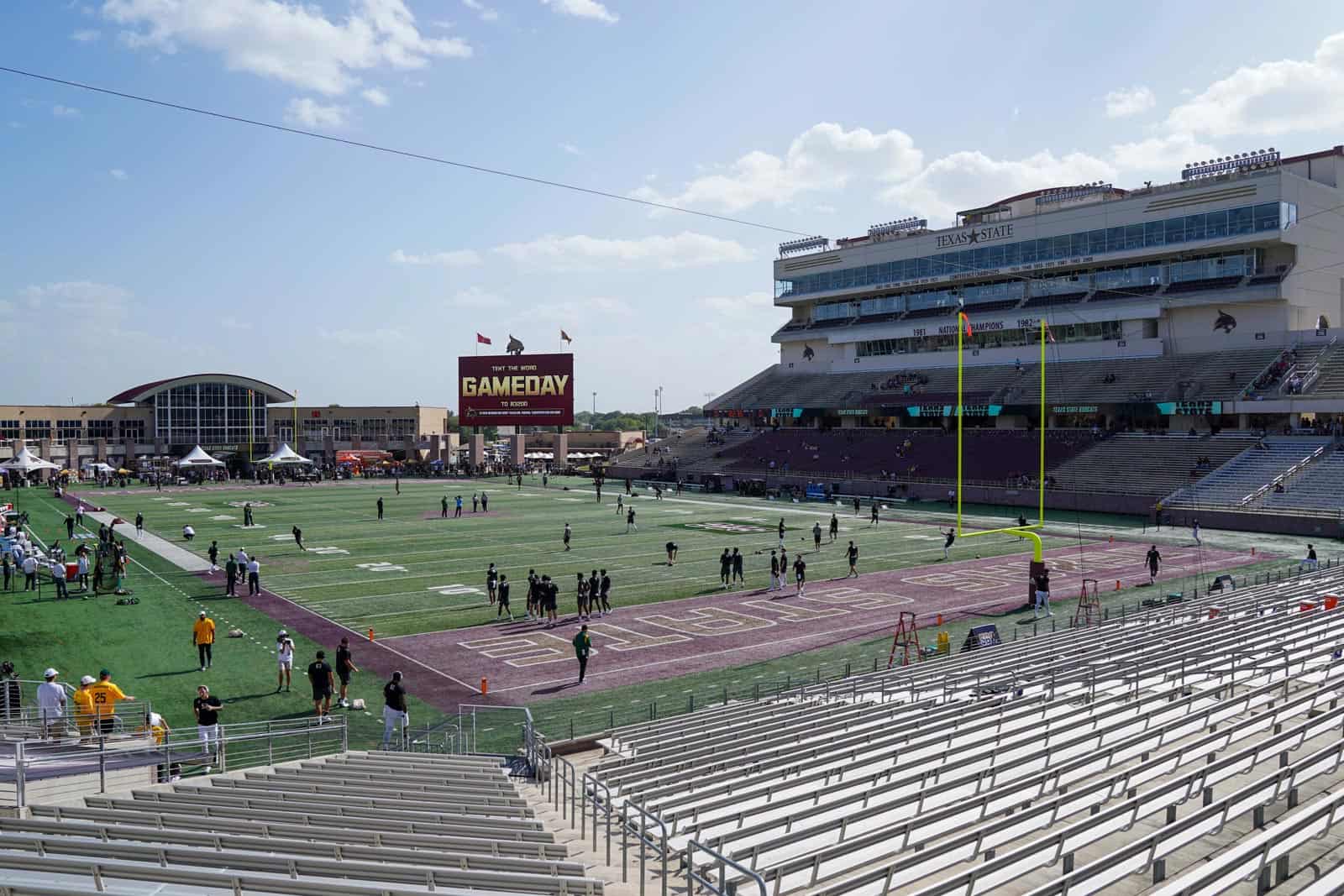 The Texas State Bobcats and the UTEP Miners have scheduled a home-and-home football series for the 2028 and 2031 seasons, it was announced on Wednesday.

The 2028 Texas State-UTEP contacts will mark the first ever meeting between the two schools on the gridiron. Texas State University, a member of the Sun Belt Conference, and the University of Texas at El Paso, a member of Conference USA, are separated by about 573 miles and are located in two different time zones.

With the addition of UTEP, Texas State now has two scheduled non-conference opponents for both the 2028 and 2031 seasons. The Bobcats are slated to host the UTSA Roadrunners on Sept. 9, 2028 and will visit the Roadrunners at the Alamodome in San Antonio, Texas, on Sept. 6, 2031.

UTEP now has three non-conference opponents lined up in 2028. Included on the docket that season are road tilts at the Nebraska Cornhuskers on Sept. 2 and at the Wyoming Cowboys on Sept. 23.

In 2031, a road matchup against the Texas Longhorns is also on the schedule for the Miners.

I just wanna see the UT Miners build a 2nd winning Season in 2022 & elevate their “poor” cousin to the Texas Trust Five Schools Status they’ve been existing in all these Decades long.

Will The Miners build Momentum in 2022 or will they not?

It’s a Question All their Dependent Conference Fellows, SMU, Rice U., UT Roadrunners, TX State U., ask every Year.

To a lesser Extent TCU, TX Tech U. & Baylor U. ask a similar Question in the Little 10 Conference, while TAMU Aggies & UT Longhorns revel in their Prominence, Prestige & Power as flagship Universities.

This is going to be a helluva series.