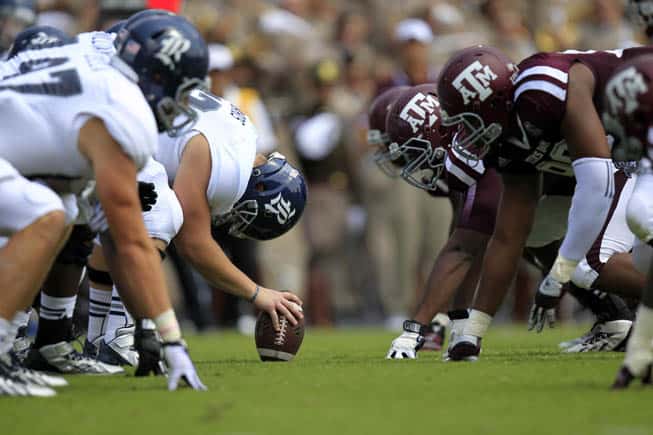 The Texas A&M Aggies and the Rice Owls have scheduled a home-and-home football series for 2014 and 2019, Rice officially announced this evening.

Texas A&M will host the first game of the series at Kyle Field in College Station on Sept. 13, 2014. The two schools will then meet at Reliant Stadium in Houston in 2019.

“Our fans eagerly anticipated the return of Texas A&M to our football schedule this year,” Rice Director of Athletics Joe Karlgaard said. “The excitement that surrounded this year’s game allowed fans of both teams to recall many of the glorious moments between the Owls and Aggies on the gridiron since we first met in 1914.”

The Aggies now have all four non-conference games for next season, but have yet to officially announced their complete 2014 football schedule. They are tentatively set to play at SMU on Sept. 20, host ULM on Nov. 1, and host Lamar, likely on Sept. 6.

Rice is Texas A&M’s third announced non-conference opponent for the 2019 season. Oregon and UTSA are slated to visit Kyle Field on Sept. 14 and Nov. 2, respectively.

In 2019, the Owls are also scheduled to host Baylor in addition to Texas A&M.

Rice and Louisiana Tech are now both in Conference USA, so that 2019 game should not be listed on their non-conference schedules.

Rice will probably reschedule Houston in place of one of those games.