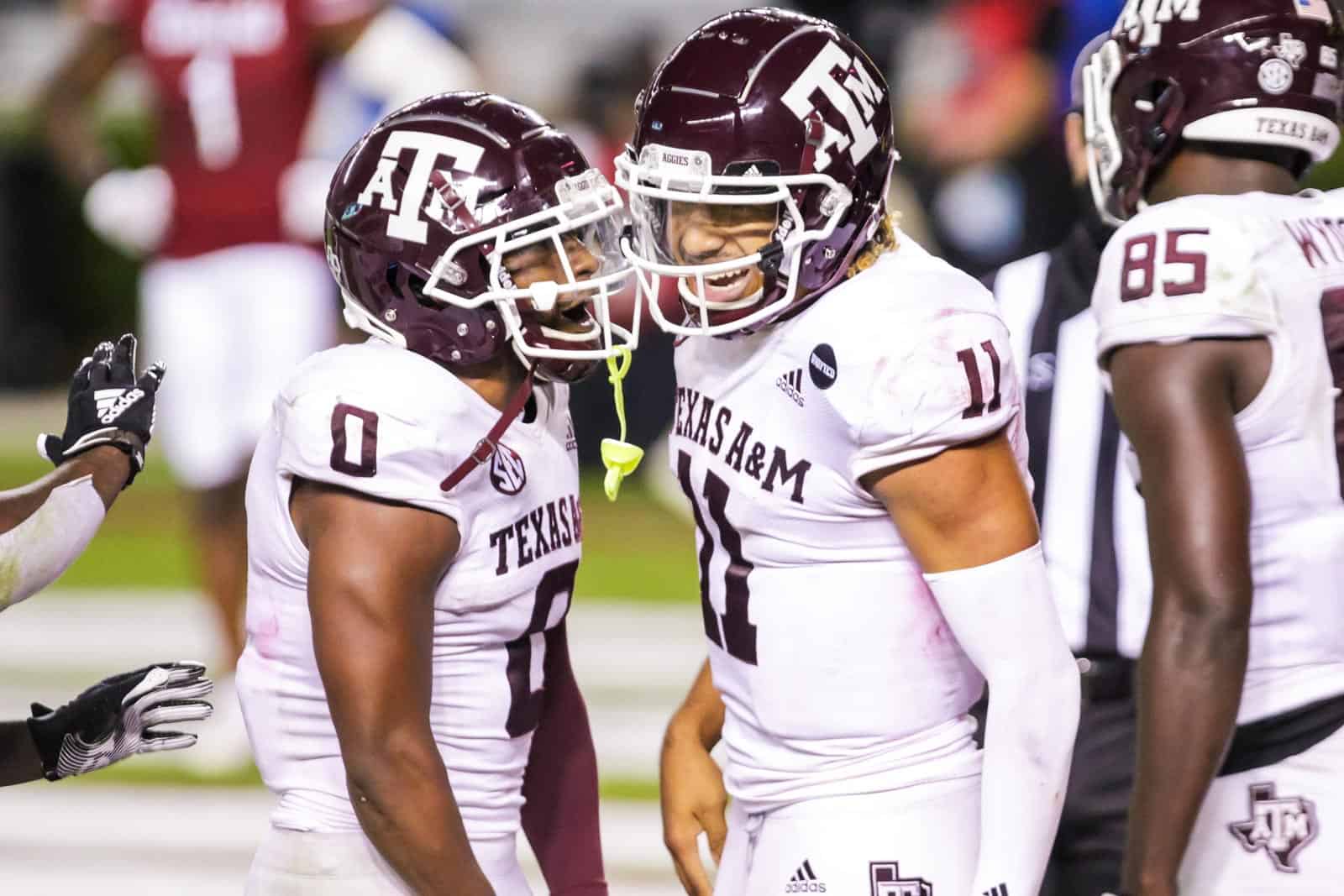 The Texas A&M Aggies have added the UTSA Roadrunners and the Arkansas State Red Wolves to their 2025 football schedule, FBSchedules.com has learned.

Copies of contracts for both football games were obtained from Texas A&M University via a Texas Public Information Act request.

Texas A&M will host the UTSA Roadrunners at Kyle Field in College Station, Texas, on Saturday, Aug. 30, 2025. The Aggies will pay the Roadrunners a $1.5 million guarantee for playing the game, according to the copy of the contract.

The Arkansas State Red Wolves will travel to play Texas A&M at Kyle Field on Saturday, Sept. 6, 2025. Per the copy of the contract, the Red Wolves will receive a $1.65 million guarantee for the contest.

In four previous meetings on the gridiron, Texas A&M currently holds a 3-1 advantage over Arkansas State. The Red Wolves recorded their lone victory in the series in their most recent meeting, 18-14 in 2008.

With the addition of games against UTSA and Arkansas State, Texas A&M has completed their non-conference schedule for the 2025 season. The Aggies are also scheduled to play at Notre Dame on Sept. 13 and host Tarleton State on Nov. 22 that season.

In SEC action in 2025, Texas A&M is scheduled to host Alabama, Auburn, Mississippi State, and South Carolina and travel to Arkansas, Kentucky, LSU, and Ole Miss.