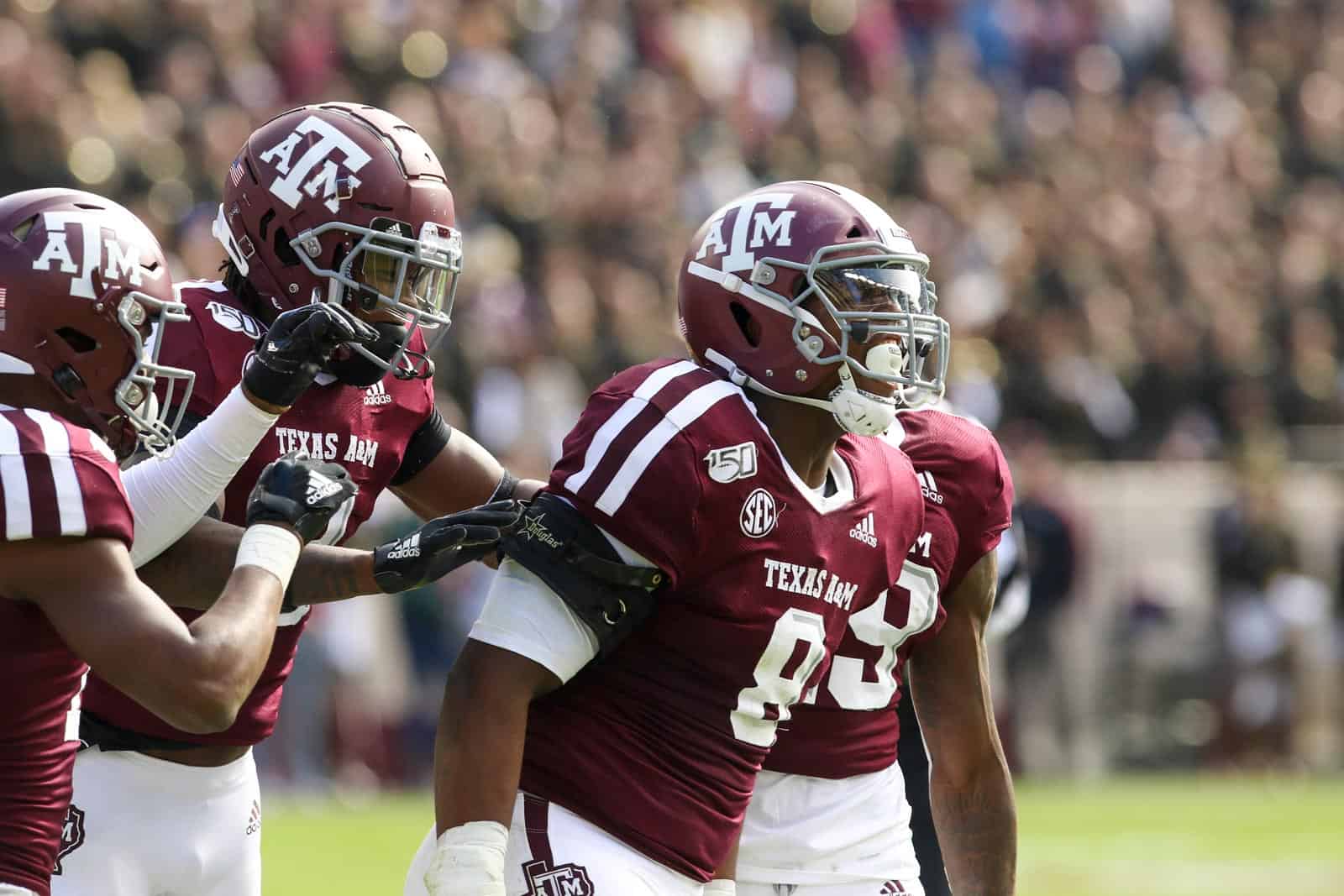 The Texas A&M Aggies have added games against ULM, Abilene Christian, and New Mexico State to their future football schedules, FBSchedules.com has learned.

Copies of contracts for games with all three opponents were obtained from Texas A&M University via a state Public Information Act request.

Texas A&M will host the ULM Warhawks at Kyle Field in College Station, Texas, on September 16, 2023. The Aggies will pay the Warhawks a $1.6 million guarantee for the game, according to the copy of the contract.

Texas A&M and ULM have met four times previously on the gridiron. In their last matchup in 2018, the Aggies defeated the Warhawks 48-10 to extend their lead in the overall series to 4-0.

The Abilene Christian Wildcats will visit Kyle Field on November 18, 2023. Texas A&M will pay ACU a guarantee of $550,000 plus an additional fee of $15,000 for agreeing to change the date of the game, per the contract copy. The game was originally scheduled for September 16.

Texas A&M and Abilene Christian have never played each other in football.

The addition of ULM and Abilene Christian tentatively completes Texas A&M’s non-conference football schedule for the 2023 season. The Aggies are also scheduled to host the New Mexico Lobos on Sept. 2 and play at the Miami Hurricanes on Sept. 9.

In their first and only meeting on the gridiron back in 2016, Texas A&M defeated New Mexico State 52-10 at Kyle Field.

Texas A&M’s 2024 non-conference schedule is now tentatively complete with the addition of New Mexico State. The Aggies are scheduled to open the 2024 season at home against the Notre Dame Fighting Irish on Aug. 31. Texas A&M is also slated to host the McNeese Cowboys on Sept. 7 and the Bowling Green Falcons on Sept. 21.