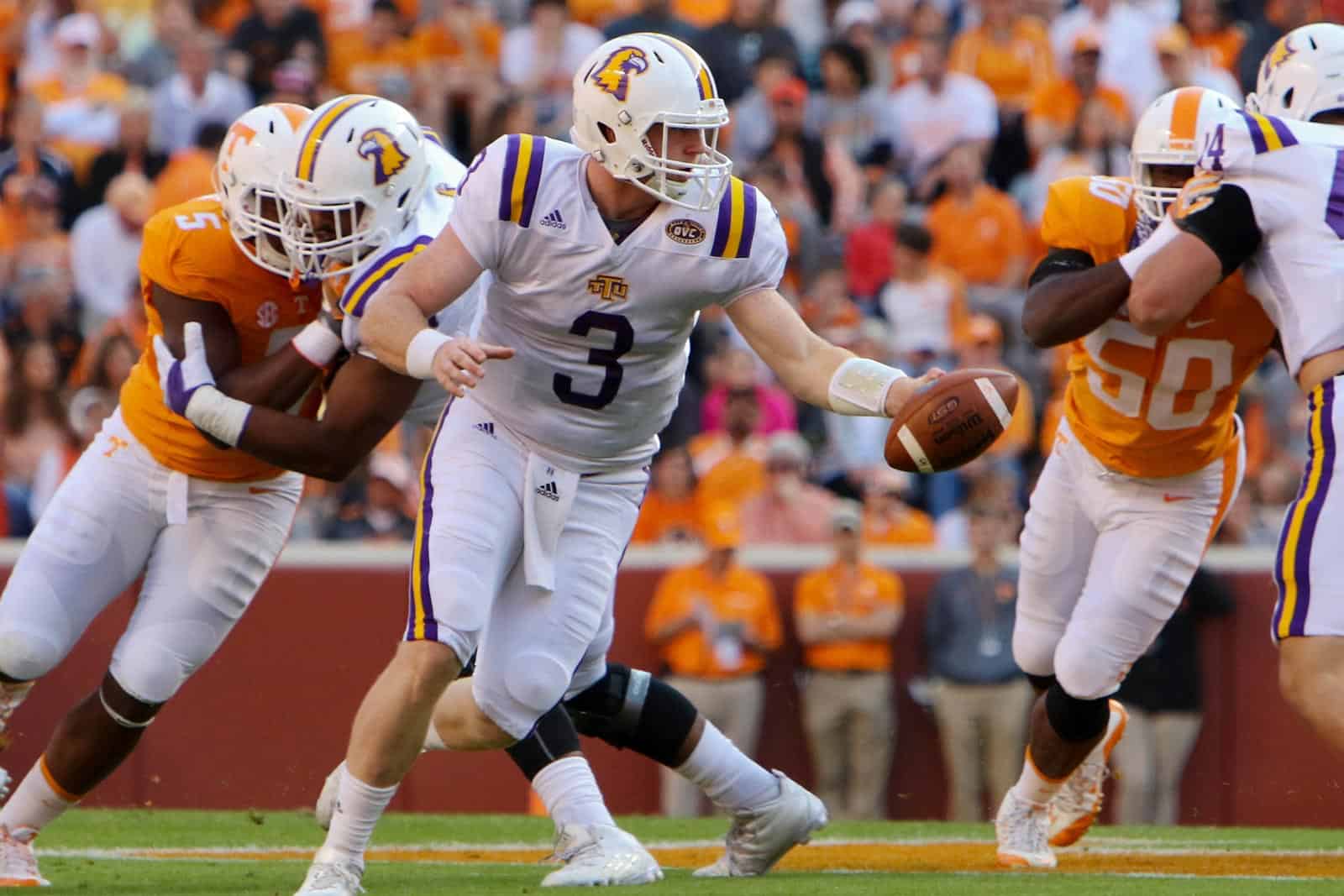 Tennessee Tech will open their 2020 football schedule with back-to-back games on the road, first in Homewood, Ala., against the Samford Bulldogs on Thursday, Sept. 3. Tech then travels to Minneapolis to take on the Minnesota Golden Gophers on Saturday, Sept. 12.

The Golden Eagles open the home portion of their 2020 schedule at Tucker Stadium in Cookeville, Tenn., on Sept. 19 against the North Carolina Central Eagles. One week later on Sept. 26, Tennessee Tech hosts the Eastern Kentucky Colonels to open up Ohio Valley Conference (OVC) action.

Tennessee Tech then travels to take on the Jacksonville State Gamecocks on Oct. 3 before returning home to host the Murray State Racers on Oct. 10. Next up for the Golden Eagles is a visit at the Southeast Missouri Redhawks on Oct. 17, which is followed by a home contest against the Tennessee State Tigers on Oct. 24.

On Oct. 31 (Halloween), Tennessee Tech enjoys their only open date of the season before closing out their schedule with two-of-three games on the road. The Golden Eagles travel to play the UT Martin Skyhawks on Nov. 7, host the Austin Peay Governors on Nov. 14, and play at the Eastern Illinois Panthers on Nov. 21.

Tennessee Tech closed out the 2019 season with consecutive losses to Eastern Kentucky, 22-10, and Tennessee State, 37-27. The Golden Eagles finished with a 6-6 overall record and a 3-5 record in OVC play.