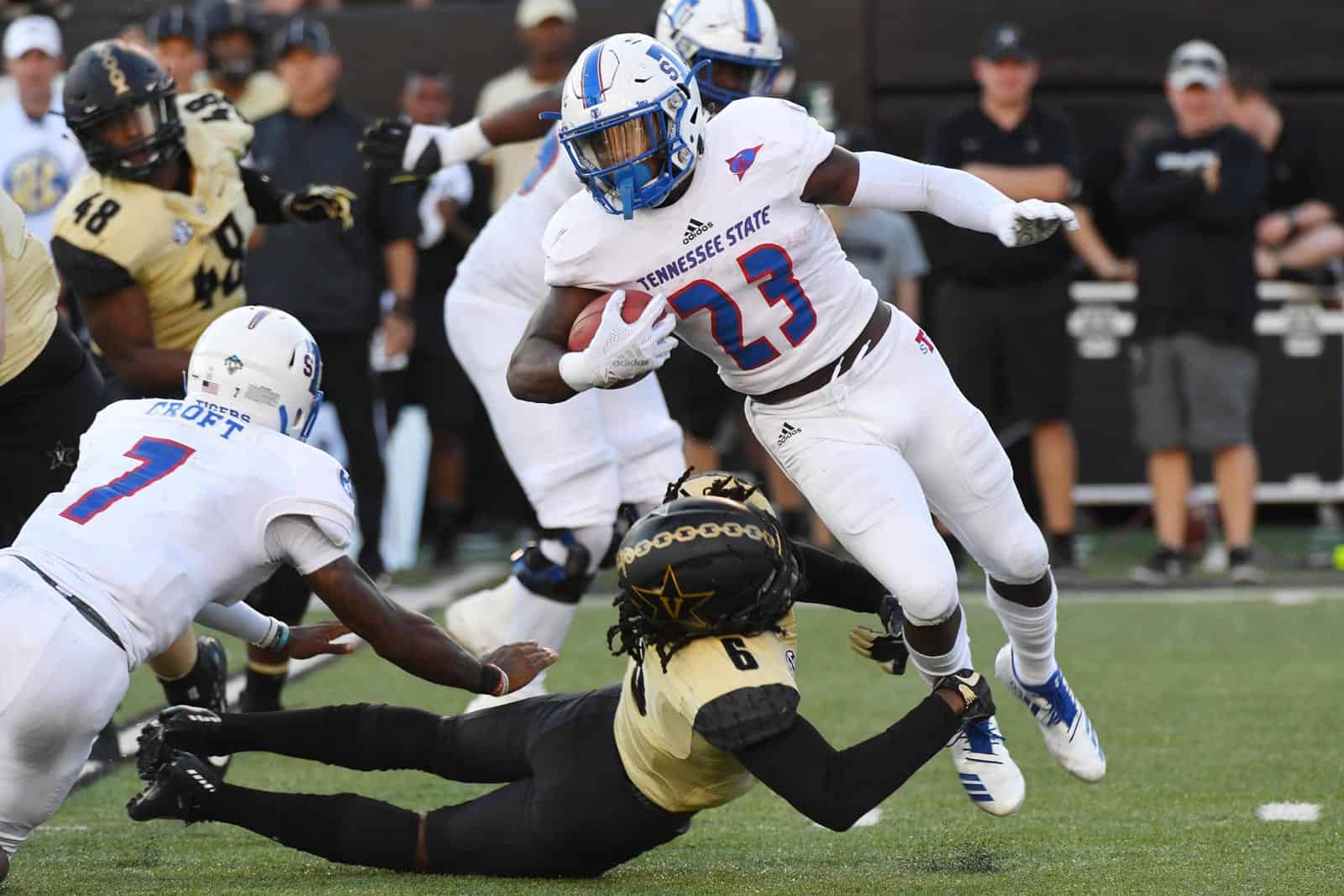 Tennessee State is scheduled to open the 2020 season with consecutive games at neutral sites. The Tigers are slated to play the Southern Jaguars on Sept. 5 in the Detroit Football Classic at Ford Field in Detroit, Mich., followed by the Jackson State Tigers on Sept. 12 in the Southern Heritage Classic at the Liberty Bowl in Memphis, Tenn.

Tennessee State opens their home schedule with back-to-back games against the Clark Atlanta Panthers on Sept. 19, which is their third and final non-conference game, followed by the Jacksonville State Gamecocks on Sept. 26, their Ohio Valley Conference (OVC) opener.

The Tigers hit the road to take on the Murray State Racers on Oct. 3 before returning to Nashville, Tenn., to host the Southeast Missouri Redhawks on Oct. 10. That’s followed by their only open date of the season on Oct. 17.

Next, Tennessee State makes a trip East on I-40 to take on the Tennessee Tech Golden Eagles in Cookeville, Tenn., on Oct. 24. The following week on Halloween (Oct. 31), the UT Martin Skyhawks visit Nashville for TSU’s Homecoming game.

Two of Tennessee State’s final three regular-season games in 2020 are away from Nashville. TSU plays at the Austin Peay Governors on Nov. 7, hosts the Eastern Illinois Panthers on Nov. 14, and then travels to take on the Eastern Kentucky Colonels on Nov. 21.

Stadium designations for Tennessee State’s home games will be announced at a later date. The Tigers play some games on campus at Hale Stadium and others at Nissan Stadium, the home of the NFL’s Tennessee Titans.