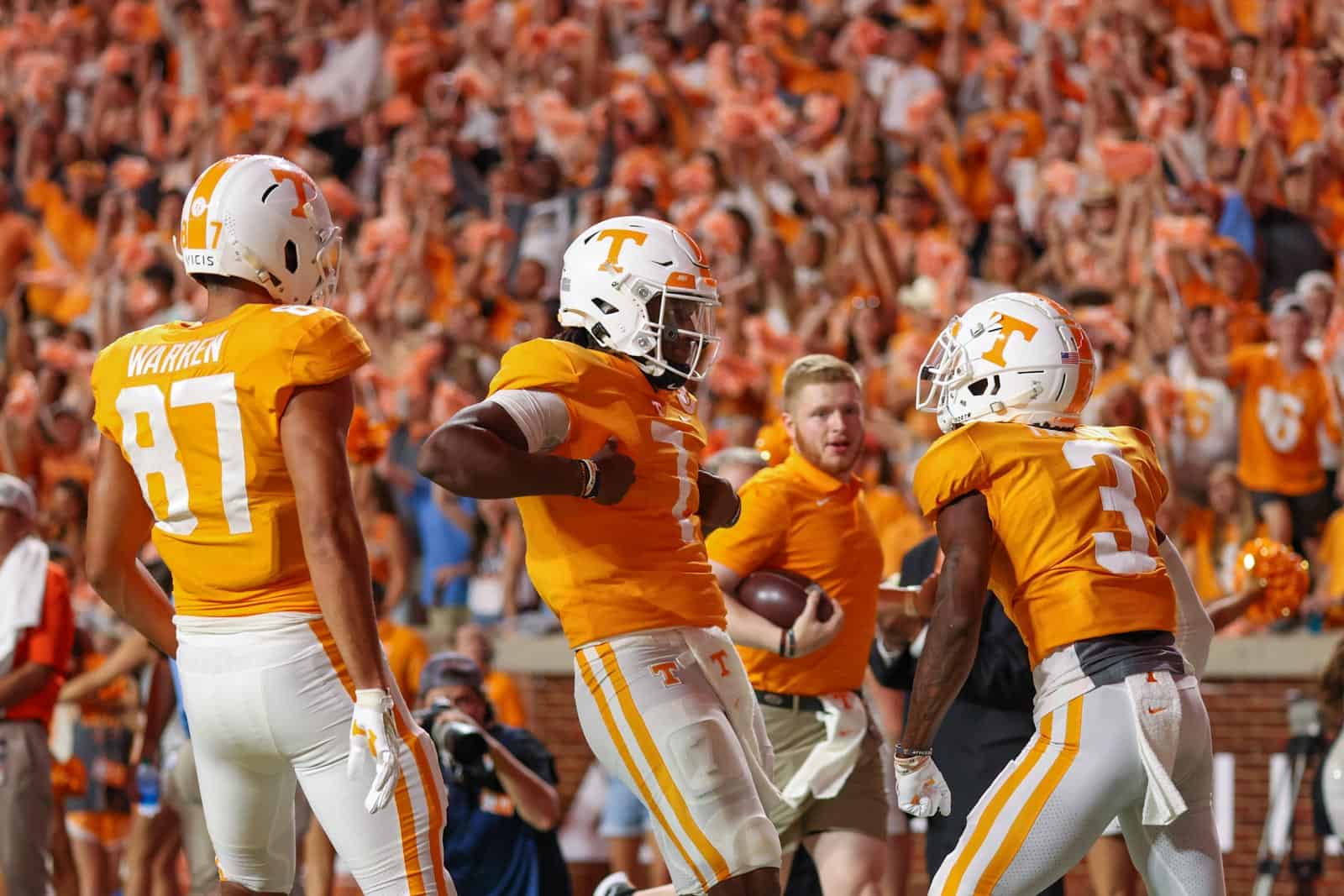 The Tennessee Volunteers have replaced a previously announced non-conference game on their 2022 football schedule, according to their 2022 schedule release on Tuesday.

Tennessee was originally scheduled to host the Army Black Knights at Neyland Stadium in Knoxville, Tenn., on Saturday, Sept. 17, 2022. Per the terms of the contract, the Volunteers were to pay the Black Knights a $1.4 million guarantee for the game.

However, the Tennessee-Army game has now been canceled and has been replaced with a home contest against the Akron Zips of the Mid-American Conference (MAC). Tennessee will pay Akron a $1 million guarantee for their contest on the same date (Sept. 17), according to a copy of the contract posted on the official athletics website of the University of Tennessee.

Per the terms of the Tennessee-Army contract, the Volunteers will have to pay the Black Knights a $500,000 fee for canceling the game.

Shortly after Akron was revealed as an opponent of Tennessee in 2022, Knox News reported that the school began the process of canceling the Army game under former UT athletics director Phillip Fulmer and former head coach Jeremy Pruitt.

Tennessee is scheduled to open the 2022 season at home against Ball State on Sept. 3 before traveling to face Pitt on Sept. 10. The fourth and final non-conference game for UT in 2022 is UT Martin at home on Oct. 22.

Akron has now completed their non-conference schedule in 2022 with the addition of Tennessee. The Zips are scheduled to open the season at home against Saint Francis U. on Sept. 3 and will also travel to play Michigan State on Sept. 10 and Liberty on Sept. 24.

As for Army, the Black Knights are now in need of one game to complete their 2022 schedule. Among the teams with a non-conference opening include Kansas, Duke, Miami, Virginia, Rutgers, Middle Tennessee, UAB, Kent State, Central Michigan, BYU, and Notre Dame.

Tennessee essentially paid 100k more to guarantee themselves a win against a pitiful Akron program. They don’t want Army’s smoke.

Cowardly move by Tennessee. The folks over at UT saw what happened when Army took Oklahoma and Michigan to OT and are backing out before they have to actually show up for a non-conference game. Shameful and sorry for the fans. The folks in Tennessee are plenty patriotic and would have loved to welcome the Army team to town.

More SEC ducking and running……dropping a solid Army program to play perhaps one of the 5 worst FBS schools in Akron. At least when Georgia backed away from San Jose State,they played Clemson……

Notre Dame should play Army…
.
And looking at the list of openings, BYU and Kansas should connect up for 2022 and start building the XII rivalries.
.
Oh, and which Miami?

Too bad. Army would likely have given Tennessee a good game.

Yah – and that same weekend there is a Medal of Honor Conference in Knoxville….planned there in part because Army was going to play Tennessee. But now all those vets can go watch the Akron “Zips”, and I hope Akron smokes UT.

Translation – we would prefer an easy win against one of the worst teams in FBS instead of actually having to earn our way to a bowl game. Everyone knows we have no chance of winning SEC games, so let’s get a cupcake in the non-con instead of a solid G5 team….

Was not aware that a Medal of Honor conference was also scheduled for that weekend. That makes canceling the Arny game even worse.

The funny thing—these are public institutions and the fact that UT has to pay Army 500k for NOT playing doesn’t draw the ire of taxpayers even for a minute?

Where are the state legislators saying, “Wait a minute. 500K? Play the game.”

Tennessee hasn’t been relevant for decades, so, at the end of the day, who cares.

We’re paying MORE money in order to play Akron? This is pathetic. We did the same dumb move with UNC when I was a student in order to play Buffalo instead. Give me a break. PLAY TO WIN GAMES, even if it’s a massacre from a good opponent. NONE of us want to sleep walk in these scrimmages we’re scheduling.

Payback for Tennessee being replaced by Army for last year’s bowl game against W. Virginia.

Army beat Tennessee and tied them in the 80’s.

What a black mark for the SEC! Can’t even play an academy team.

For the SEC? How about against Tennessee.

Are folks in the foothills of the Smoky Mountains now eating chicken for breakfast?

So the 2022 home non-conference schedule for Vol fans is Ball State, Akron (instead of Army) and UT-Martin. What a deal for them!

Roughly a decade ago, Tennessee canceled a home and home series with North Carolina and paid a boatload fee.