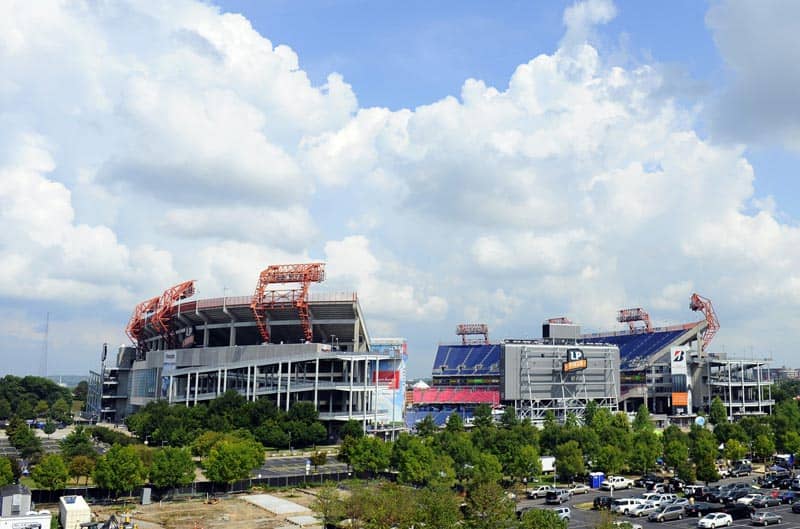 The Tennessee volunteers and the Bowling Green Falcons will open the 2015 season in Nashville, both schools announced today.

The Volunteers were originally scheduled to take on the UAB Blazers, but the school shut down their football program effective after the 2014 season.

Tennessee will host Bowling Green at LP Field in Nashville on Saturday, Sept. 5, 2015. The game will be the first ever meeting between the two schools on the gridiron.

“We are pleased to announce that we have been able to maintain our plans to open the 2015 season in Nashville, now against Bowling Green,” said Tennessee Vice Chancellor and Director of Athletics Dave Hart.

The addition of Bowling Green completes Tennessee’s 2015 schedule once more. The Vols also host Oklahoma on Sept. 12, Western Carolina on Sept. 19, and North Texas on Nov. 14 in non-conference action.

In SEC play, Tennessee will host Arkansas, Georgia, South Carolina, and Vanderbilt and will travel to Florida, Alabama, Kentucky, and Missouri.

“We are looking forward to opening the 2015 football season with Tennessee in Nashville,” Bowling Green Director of Athletics Chris Kingston said. “The Tennessee staff has always been terrific to work with and it was great to quickly put this together with such an exceptional Southeastern Conference team, especially after losing our opening game. This gives us an opportunity to better shape our schedule.”

Bowling Green did not officially announce the remainder of their 2015 non-conference schedule, but previous game releases have the Falcons visiting Maryland (Sept. 12) and Purdue (Sept. 26) and hosting Memphis (Sept. 19).

How unfortunate for UAB that woud have profited from this match-up with Tennessee football program. Playing in Nashville would have been a big draw for UAB fans and Tennessee with close proximity. Very bad decision from the President, whom would not let the football team succeed.

Much better for UT. Playing a team wanting to drop football would not have been helpful in ratings. Bowling Green plays a tough schedule, and would better prepare the VOLS for a trip to Norman, OK. Could be the beginning of an 8 &4 season. GO BIG ORANGE!

They are playing Sooners in Neyland sir!

Playing Bowling Green in Nashville – big whoop! Another fine decision by Hart and Cheek. I would have preferred Maryville College Scotties.

You are clearly not an educated college football fan. Certainly, Tennessee should win the game, but their defense is going to have a challenge. Bowling Green’s offense is loaded with experienced talent and if they have can have their spread offense clicking that early in the season, the UT defense will have to scramble to keep up. The lack of defense is what will cost Bowling Green some wins this year.

Definitely not an educated fan if he thinks Maryville is the Scotties. They are the Scots!