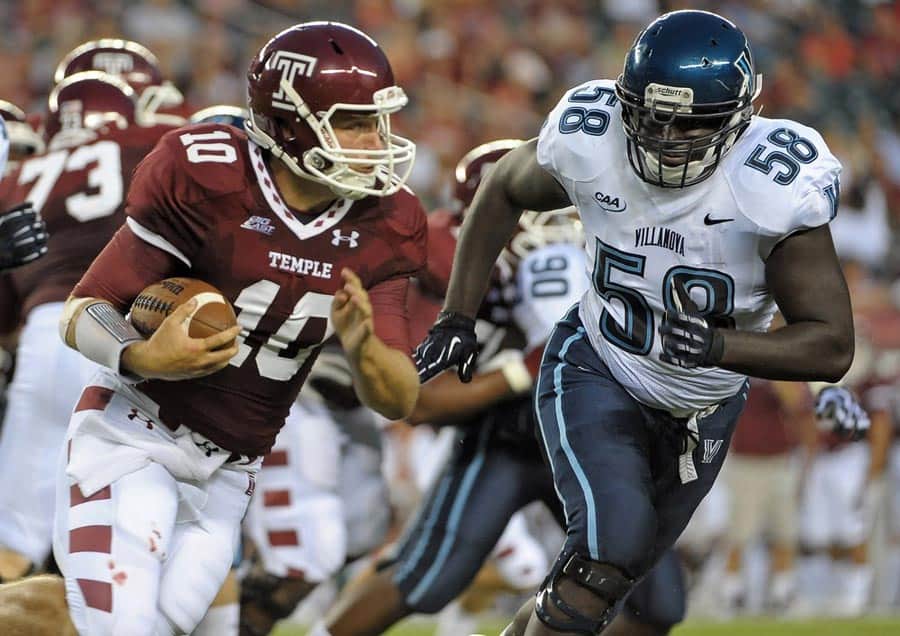 The Temple Owls will host the Villanova Wildcats in 2017 and 2018, The Philadelphia Inquirer reported in August.

OwlScoop.com first reported that Temple would host Villanova in 2017. A source for the Inquirer confirmed that and indicated the two teams will play in 2018 as well.

Temple and Villanova have competed for the Mayor’s Cup 32 times on the gridiron. The Owls have won the last three meetings, but still trail in the series 15-16-2.

I kind of hope Villanova reconsiders upgrading to FBS. They’d be a great addition to the AAC. This would also be a great end-of-year Thanksgiving weekend rivalry.

Also BC vs. Holy Cross.

Yeah, pretty much no shot of Villanova upgrading the stadium size, upgrading the coaches salaries and upgrading to 85 scholarships. Also, would need to add about 40 women’s scholarships to comply or cut a bunch of men’s sports, which a school like Nova would be really loathe to do.

Villanova now barely supports their team at the 1-AA level……even with first place in their conference on the line, they usually draw maybe 7,000…..

This is not only a series that should remain ongoing forever, but, Villanova University should move up to FBS and get a decent rental for the use of Lincoln Financial Field, The Eagles are so filthy rich, they could afford to let Temple and Villanova play all their hoem games at the Linc rent free!