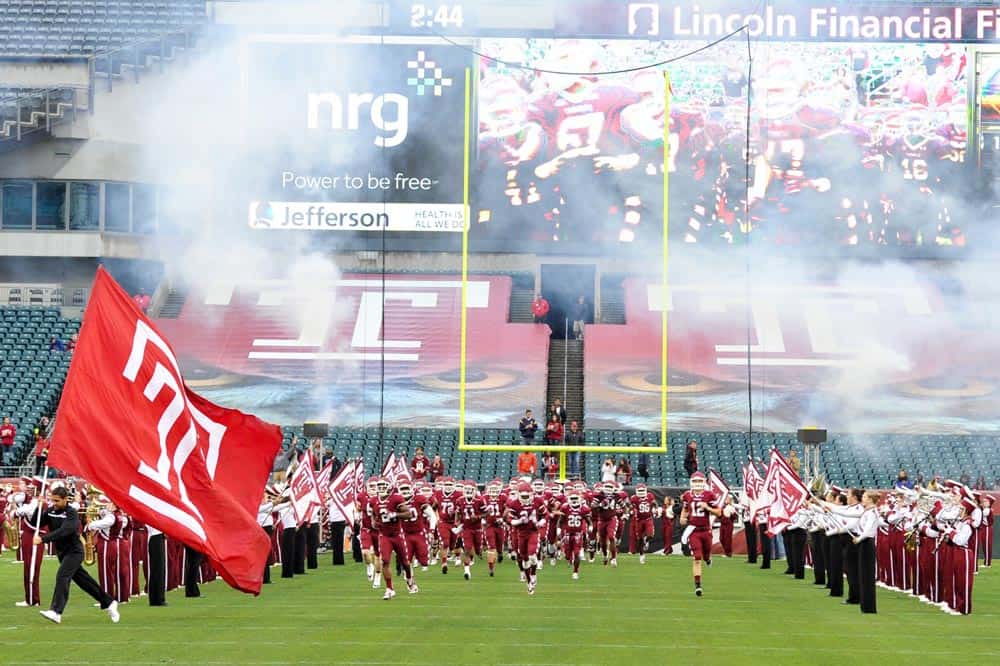 The Temple Owls have added future home-and-home football series against the Boston College Eagles and the Duke Blue Devils, the school announced on Thursday.

Temple and Boston College will renew their football series with games in 2018 and 2021. Temple will travel to face Boston College at Alumni Stadium in Chestnut Hill, MA on Sept. 29, 2018. Three seasons later, the Owls will host the Eagles at Lincoln Financial Field in Philadelphia on Sept. 18, 2021.

Temple and Duke have never met in football, but will rectify that when they begin a home-and-home series at Wallace Wade Stadium in Durham, NC on Sept. 3, 2022. The Owls will then host the Blue Devils in Philadelphia on Sept. 16, 2023.

Temple also announced on Thursday the addition of a home game against the Bucknell Bison. The game is set for Aug. 31, 2019 in Philadelphia.

Temple has now tentatively completed their future non-conference football schedule through the 2019 season. The Owls have two of their four games scheduled for 2020 through 2023, and they also have a three-game series set with Oklahoma in 2024, 2025, and 2028.

Hard to believe this is already their 5th season outside of the MAC.

Temple has done a great job scheduling the last few years. Home games with Penn State, Notre Dame, Maryland, Rutgers, Oklahoma, and now BC and Duke. I know the PSU, OU, and ND were series where they had to have multiple return trips, but still great opponents to host at least once.