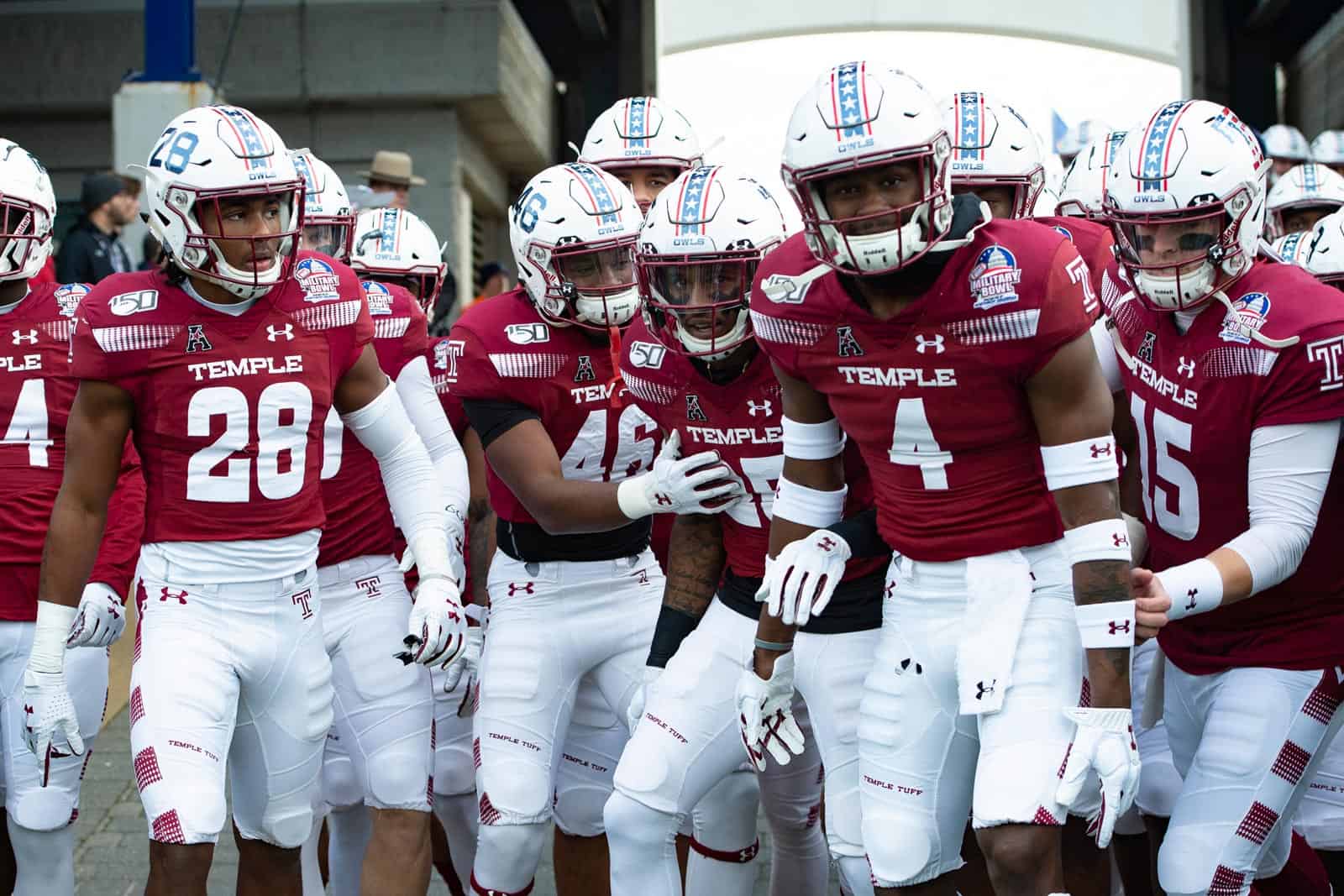 The Temple Owls have added the Rhode Island Rams to their 2026 football schedule, FBSchedules has learned.

A copy of the football game agreement was obtained from the University of Rhode Island via a state public records request.

Temple will host Rhode Island at Lincoln Financial Field in Philadelphia, Pa., on Saturday, Sept. 5, 2026. The Owls will pay the Rams a $325,000 guarantee for playing the game, according to the copy of the contract.

Temple and Rhode Island first met on the gridiron in 1949 and have played a total of 11 contests. The two schools last played in 1975 in Philadelphia, with Temple coming out on top 45-6.

Rhode Island is the second scheduled non-conference opponent for the Temple Owls for the 2026 season. Temple is also scheduled to host Penn State on Sept. 12, which is the first game of a home-and-home series that concludes at Penn State in 2027.

Temple has four other games scheduled against teams from the Football Championship Subdivision (FCS). The Owls are slated to host Idaho in 2020, Wagner in 2021, Lafayette in 2022, and Norfolk State in 2023.

Rhode Island has tentatively completed their 2026 non-conference schedule with the addition of Temple. The Rams are also scheduled to play at Bryant on Sept. 12 and host Brown on Oct. 3.

Rhode Island is now scheduled to play six future games against an opponent from the Football Bowl Subdivision (FBS). In addition to Temple, the Rams will play at Northern Illinois in 2020, UMass in 2021, Pitt in 2022, Georgia State in 2023, and Minnesota in 2024.