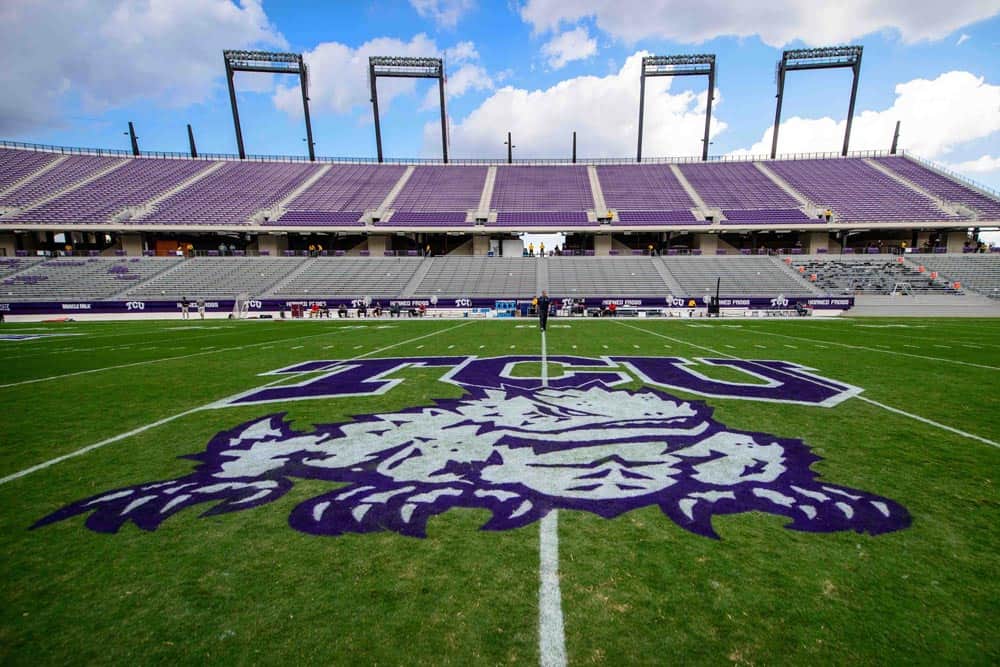 The TCU Horned Frogs and the North Carolina Tar Heels have scheduled a home-and-home football series for 2025 and 2026, both schools announced on Thursday.

In the first game of the series, TCU will travel to face North Carolina at Kenan Memorial Stadium in Chapel Hill on Sept. 13, 2025. The Horned Frogs will then host the Tar Heels at Amon G. Carter Stadium in Fort Worth on Sept. 12, 2026.

The games against North Carolina in 2025 and 2026 are the first announced games for TCU for both seasons.

The Tar Heels now have two non-conference games scheduled for 2025 as they are also slated to travel to Charlotte to complete a home-and-home series.

TCU is the first announced non-conference game for North Carolina in 2026.

Since the Big 12 TV contracts and GOR expire before the games are played, I wonder what conference TCU will be in when they both take the field.

Well, Jim, what do you speculate it would be? I suspect the XII will still be around. Even if Texas goes independent and Oklahoma and Ok State leave for the SEC… they can just reload with schools they could have taken already, viz. BYU, Houston, Cincinnati, Memphis, UCF, USF. So, TCU will be in a ‘different’ XII?

If Texas and the Oklahoma schools leave would the Playoff Committee even consider the BigXII a P5 Conference any longer?

Exactly my point. The Kansas schools and Iowa St don’t exactly move the sports needle, except for Kansas basketball. TCU would more likely be looking at joining the American than teams from the American would look to be joining the remnants of the Big 12.

Sad that a nice H&H game is scheduled and a pretty interesting discussion about Big12 relevance down the road but the usual SEC trolls like O-Da-Do-Da-Day and Billy Bob Joe are totally absent from any discussion.

This clearly shows how immature you truly are.

Arlitces like this are an example of quick, helpful answers.

I cannot tell a lie, that really hedelp.