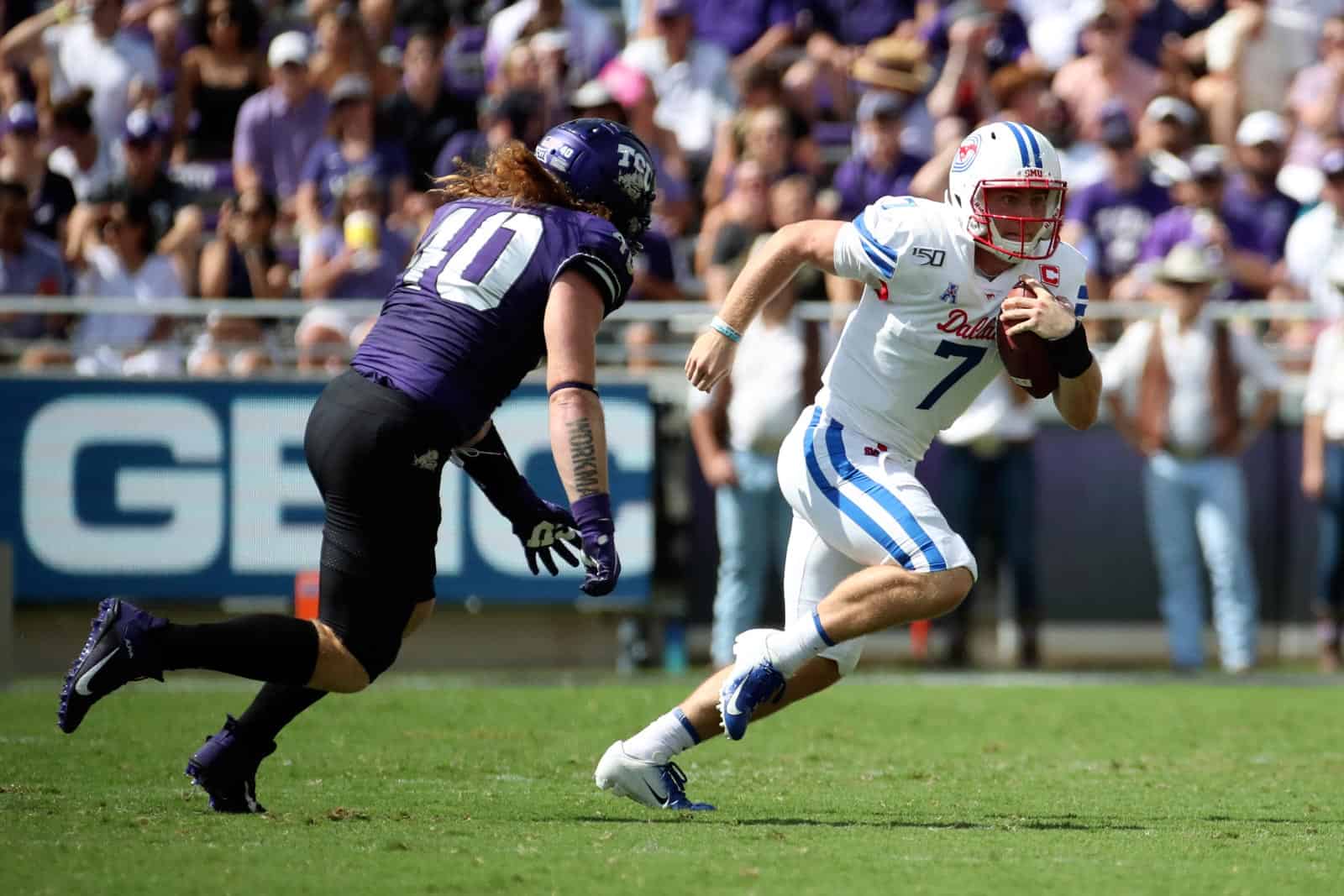 The TCU Horned Frogs have added the SMU Mustangs to their 2020 football schedule, it was announced on Saturday.

TCU will host SMU in the 100th Battle for the Iron Skillet on Saturday, Sept. 12 at Amon G. Carter Stadium in Fort Worth, Texas.

The TCU-SMU game in 2020 was originally scheduled for Sept. 26 at SMU’s Gerald J. Ford Stadium in Dallas, Texas. However, the game was removed from the schedule when the Big 12 revised their 2020 slate and stipulated that their members could play one non-conference game at their home stadium.

TCU was previously scheduled to host Tennessee Tech on Sept. 12, 2020, but the Golden Eagles will not play football this fall following the Ohio Valley Conference’s decision to postpone conference competition to spring.

“There continues to be a lot of uncertainty about the season, but I am thrilled we were able to continue our annual series with longtime rival SMU,” TCU Director of Intercollegiate Athletics Jeremiah Donati said.

TCU and SMU first met on the gridiron in 1915 and have played 99 times overall. Last season in Fort Worth, the Mustangs slipped by the Horned Frogs 41-38.

“We want to thank TCU Athletics Director Jeremiah Donati and Head Coach Gary Patterson for re-engaging us when their schedule changed,” said SMU Athletics Director Rick Hart. “We are excited to continue this important rivalry, especially for our team and fans.”

To make room for the game, SMU and Stephen F. Austin have mutually agreed to move their contest in Dallas from Sept. 12 to Sept. 26, 2020.

“We also want to thank SFA and Athletics Director Ryan Ivey for being flexible and agreeing to move our home game to Sept. 26 so that TCU could return to our 2020 slate,” Hart stated.

What conference is SMU part of? Is it C-USA or a different conference?

Does anyone knows how ESPN will sell their commercial ads?