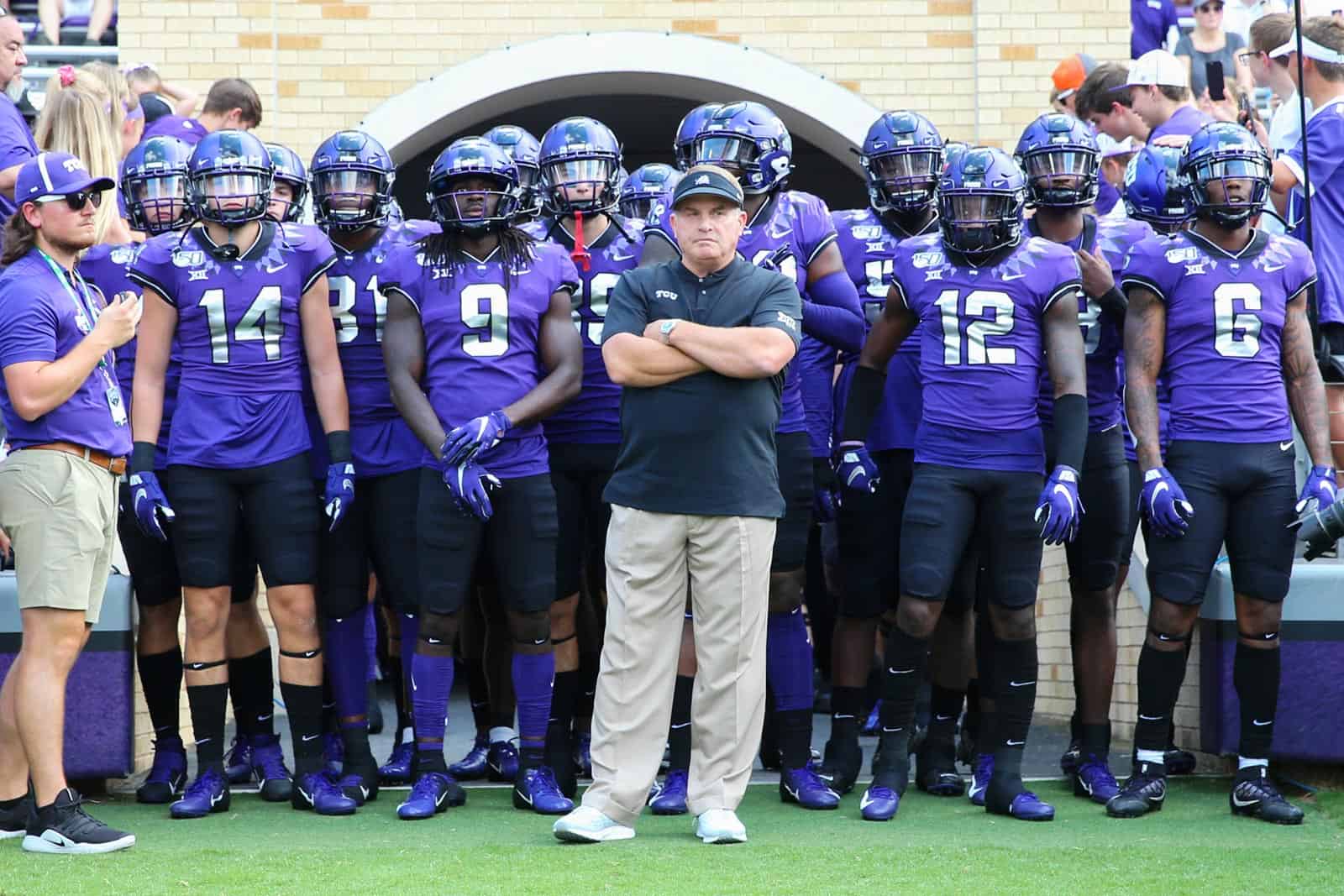 The TCU Horned Frogs have added the Prairie View A&M Panthers and the SMU Mustangs to their 2020 football schedule, the school announced on Tuesday.

TCU will host Prairie View A&M at Amon G. Carter Stadium in Fort Worth, Texas, on September 12, 2020. The contest will mark the first-ever meeting between the two schools on the gridiron.

Two weeks later on Sept. 26, TCU will travel to Dallas to take on the SMU Mustangs at Gerald J. Ford Stadium. TCU fell to SMU at home this season, 41-38, but the Horned Frogs still lead the overall series 51-41-7.

The addition of Prairie View A&M and SMU were the final two pieces of TCU’s 2020 football schedule, which also includes a contest at the California Golden Bears on Sept. 5 to open the season.

Today, the Big 12 also announced dates for TCU’s conference games next season. The Horned Frogs will begin Big 12 action next season at home against the Oklahoma State Cowboys on Oct. 3.

With the addition of TCU, Prairie View A&M’s non-conference schedule in 2020 is tentatively complete. The Panthers are also slated to play at Louisiana Tech on Sept. 19 and host Northwestern State on Oct. 3.

SMU has also tentatively complete their non-conference schedule for next season with the addition of TCU. Other contests for the Mustangs include Texas State (Sept. 5) and North Texas (Sept. 19) on the road and Stephen F. Austin (Sept. 12) at home.

Good for SMU fans, 8 games next year in the state of Texas

If SMU keeps playing like they are now they just might get into the Big 12 I would love to see the Iron Skillet Game become a conference game again and played on Black Friday at AT&T Stadium.