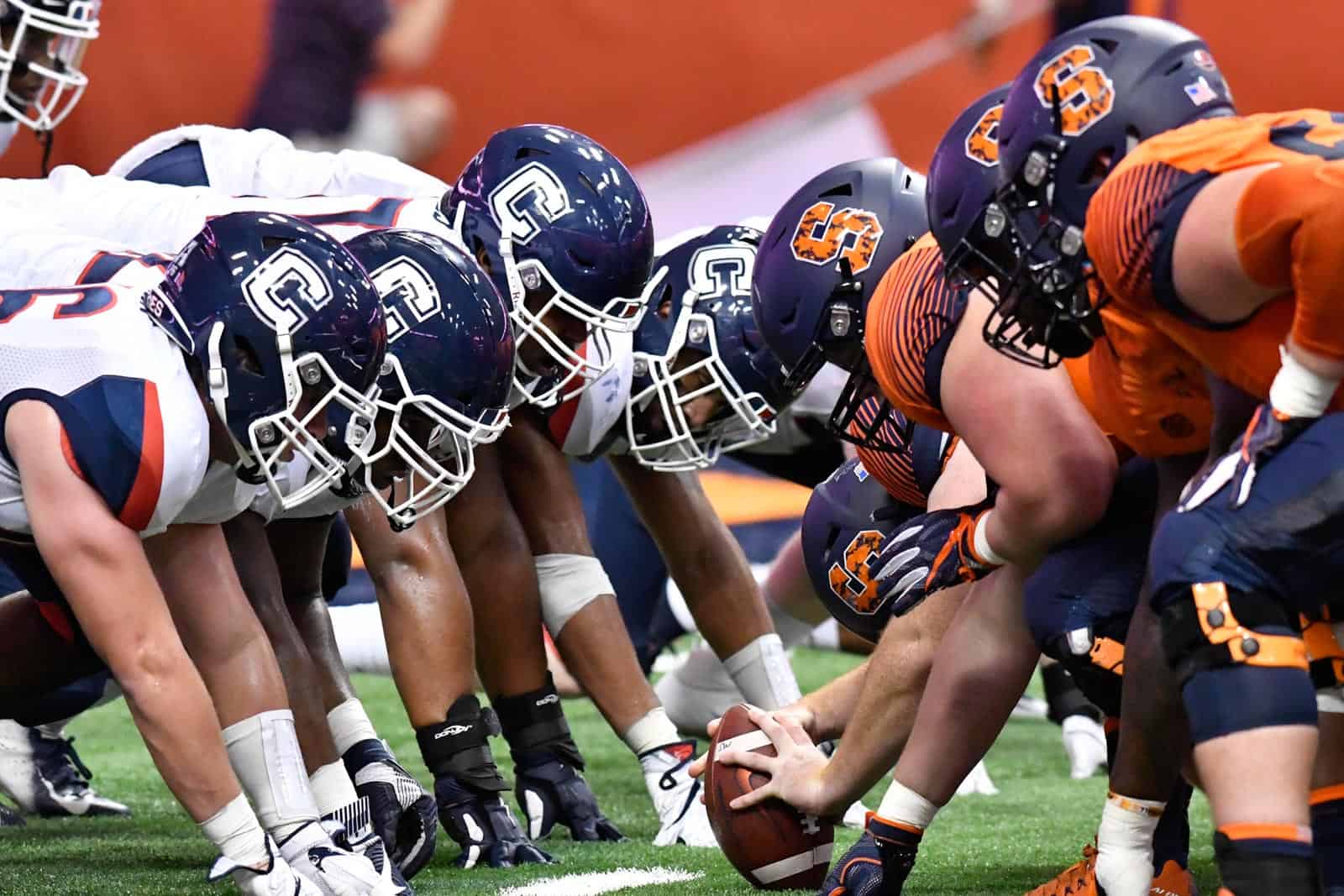 The Syracuse Orange and the UConn Huskies have scheduled a four-game, home-and-home football series, both schools announced on Friday.

“We look forward to our four-game series with UConn,” Syracuse Director of Athletics John Wildhack said. “This is a game our fans have always embraced, both at the Dome and in Connecticut, where we have a strong alumni concentration.”

Syracuse and UConn first met on the gridiron in 2004 and have squared off a total of 11 times. The Orange have won the last three meetings, including 51-21 at the Carrier Dome in 2018, and now lead the overall series 6-5.

With the addition of the UConn series, Syracuse has completed their non-conference schedule for the 2026 season. Other opponents include New Hampshire, Army, and Notre Dame.

Syracuse now has three non-conference opponents scheduled for the 2022 and 2025 seasons, while UConn is the first announced opponent for 2027.

UConn, which begins playing as a Football Bowl Subdivision (FBS) Independent in 2020, has been very active in adding future opponents to their schedules. The Huskies now have nine opponents scheduled for 2022, six for 2025, four for 2026, and three for 2027.

Syracuse is slated to open the 2020 season on Friday, Sept. 4 at the Boston College Eagles. UConn opens their schedule one day prior on Thursday, Sept. 3 at home against the UMass Minutemen.