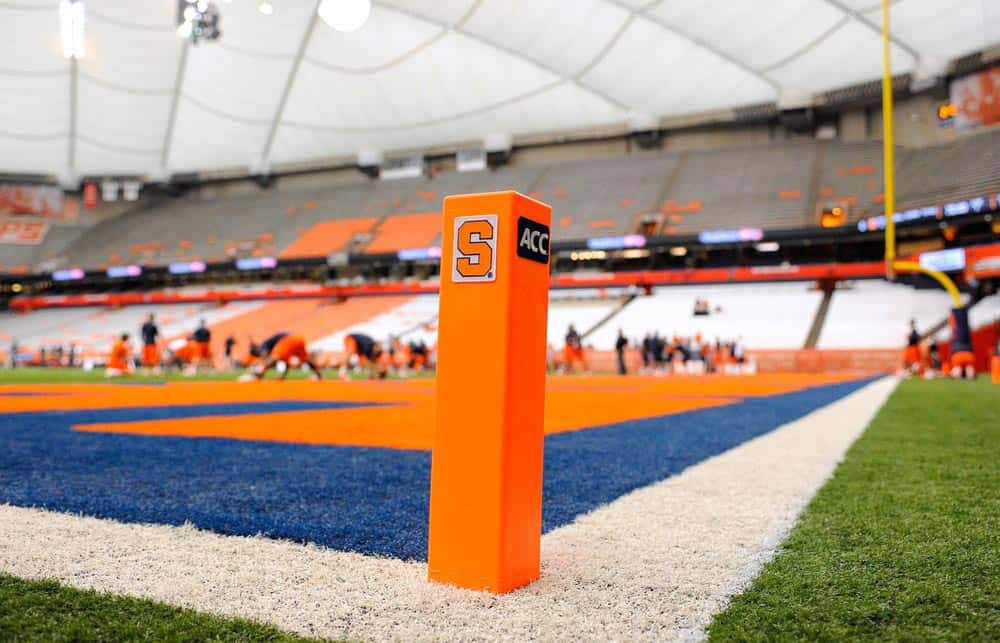 Syracuse and MTSU will play at the Carrier Dome. (Rich Barnes-USA TODAY Sports)

The Syracuse Orange have added the Middle Tennessee Blue Raiders to their 2017 football schedule, it was announced on Thursday.

Syracuse will host Middle Tennessee on Sept. 9, 2017 at the Carrier Dome. The game will be the first-ever meeting between the two programs on the gridiron and the first time the Orange have face a current member of Conference USA.

The Orange now have three of their four non-conference games scheduled for the 2017 season. Syracuse is also scheduled to host Central Michigan on Sept. 16 and travel to LSU on Sept. 23.

Middle Tennessee has completed their non-conference schedule in 2017 with the addition of Syracuse. Other opponents for the Blue Raiders that season include Vanderbilt (Sept. 2) and Bowling Green (Sept. 23) at home and Minnesota (Sept. 16) on the road.